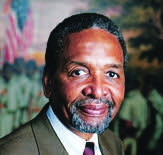 The Civil War was waged to decide one of the most crucial debates facing the nation’s political, economic and judicial institutions: Should slavery be ended?

Southern leaders and business people had waged first a legal, political and rhetorical war to deter any effort to free over three million Black people who provided free labor for their domestic, agricultural and industrial efforts.

Abolitionists, for political and moral reasons, believed the inhumane practice countered the ideals of the nation’s founders that “all men were considered equal” in a free society, though many of the founders were slaveholders.

The Dred Scott Decision of 1857 saw the U.S. Supreme Court decide a legal battle between the slave holders and abolitionists. But the true loser was Scott, a Black man who petitioned the court seeking his freedom. The decision ruled since he had no rights that a White man could honor, his plea was denied.

This legal skirmish was one of the factors which launched the Civil War in 1861 as federal forces sought to end slavery and southern ones sought to retain the status quo.
The 2018 Black History Month theme is “African Americans in Times of War.”

Frank Smith has been the Executive Director of the African-American Civil War Museum in Washington, D.C., for the past 26 years.. The African-American Civil War Memorial Freedom Foundation was designed to tell the largely unknown story of the United States Colored Troops (USCT) who fought during the Civil War, after President Abraham Lincoln issued his Emancipation Proclamation.

As a tribute to these soldiers, the African-American Civil War Memorial was dedicated in July of 1998.

Smith said his organization seeks to counter efforts by historians and politicians to ignore the contributions of the 209,145 USCT.

The museum tells the stories and it preserves for posterity the historic roles these brave men of African, European, and Hispanic descent played in ending slavery and keeping America united under one flag.

The museum uses artifacts, documents, primary sources and technology to create a meaningful learning experience for families, students, Civil War enthusiasts and historians about the period from the American Civil War to the Civil Rights Movement and beyond.

Smith said one vestige and symbol of efforts to preserve the defeated southern cause are the Civil War Monuments or names on the side of Civil War heroes on the side of buildings.
These monuments, Smith said, were designed to “remind descendants of the Confederacy that General Lee and Stonewall Jackson were role models seeking to fight to save a culture which valued the Black slave.”

“We are in a period when White people, who if they believe in equality and freedom, should be calling for the removal of the monuments, not Black people,” said Smith. “We did not put these monuments up to honor people who abused our ancestors and sought to deter their advancement forward.”

Smith said the monuments to the Black soldiers who fought valiantly to free their people are symbols of the legacy of Black soldiers and sailors to fight for the emancipation of African-Americans.

Smith said that apart from fighting with the Union forces to end the war, prove their will and ability to fight and free their people, the legacy of the Black USCT is also written in the U.S. Constitution as the 13, 14th and 15th amendments.

The 13th Amendment ended slavery; the 14th granted citizenship to all born on U.S. soil; and the 15th bestowed the right to vote on all men.

“Physically, the HBCUs and other institutions Black people opened after the (Civil War) are a tribute to our ability to overcome a time when it was illegal to teach a slave to read,” said Smith. “Look at every church, public school, neighborhood and business – those are our monuments to our desire to overcome slavery and then Jim Crow, which marginalized our freedom and dignity.”

Smith said Lincoln’s Emancipation, Proclamation ordered the freedom of all slaves in states “not in rebellion. It applied to more than three million of the four million slaves in the confederacy.

He said it was issued January 1863 and Lincoln issued a series of warnings to the Confederate government under the Second Confiscation Act. It allowed southern Confederate supporters 60 days to surrender, or face confiscation of land and slaves. It also called for Black soldiers to be enlisted in the Union Army (and all segments of the Executive branch) to “recognize and maintain the freedom of “the ex-slaves.”

The Emancipation Proclamation did not compensate the owners, did not outlaw slavery, and did not grant citizenship to the ex-slaves (called freedmen).
However, it made the eradication of slavery an explicit war goal, in addition to the goal of reuniting the Union.

Smith said the creation of the USCT provided valuable manpower the Union Army needed, considering desertion and White resistance to fight for Black freedom. According to Smith, it also was designed to inspire Black men to prove to skeptical Whites they were willing and able to fight for their freedom.

Smith said one of the myths about the post Civil War used by White historians to justify the “lost cause” ideal is Blacks in the South accepted their life as slaves and actually fought in the Confederate Army – willingly.

Smith said those Black men who were working in Confederate ranks were relegated to cooking, fortifications for rebel soldiers and served as body servants for their masters. He cannot ignore the possibility that a Black slave may have picked up a gun and fired back at the direction of his master not because he was enlisted to serve the military.
At the same time thousands of Black slaves fled from the plantation to freedom. One of the aims of the Union Army was to deny the South the benefit of the Black slave labor.

In Tidewater or Hampton Roads, using their secret network, many Black slaves heard that near Hampton Virginia, the Union forces had captured Fort Monroe. They realized that if they could reach units of the Union Army, they would secure freedom from their masters.

Blacks from Norfolk, Princess Anne County (now Virginia Beach), Portsmouth, and other parts of Hampton Roads left bondage by boat, foot and horse for the Fort. The Commander of the Fort, Benjamin Butler, realized that the “Negroes” were abandoning their masters.

The Union increasingly denied rival Confederate forces the supplies of slave labor, tools, food, and water they needed during the last two years of the Civil War.

Using the escaped slaves to cook and build fortifications, the Union also enlisted them as military troops and scouts. Escapees who could read were allowed to teach others to read, preparing them for their possible freedom.

There were many “free Blacks” in Norfolk and Portsmouth who also left those cities for Fort Monroe through various means.

Many of those men would be recruited to serve in the United States Colored Troops.

There were three battles which highlighted their presence in war, skill and valor. According to Smith, these battles proved to skeptical Whites that Black men could fight for a nation they hoped would bestow respect and freedom to them.

One of them was the second battle for Fort Wagner on Morris Island in South Carolina in July of 1863. It involved the Massachusetts 54th, an infantry regiment composed of Blacks whose exploits was detailed in the movie “Glory.” The 54th was among the Union units which attacked the fort but suffered heavy losses from Confederate fire. Twenty-three members of the USCT won the Congressional Medal of Honor.

Company I of the 36th Colored Regiment, which served in the Battle of Chaffin’s Farm, which is also called the Battle of New Market Heights in Virginia, is another battle. A number of men of the USCT received the Medal of Honor fighting against Confederate units led by Fitzhugh Lee, the nephew of General Robert E. Lee.

In April of 1864 in Tennessee, the Battle of Fort Pillow saw a large number of USCT massacred by Confederate soldiers. Many of them tried to surrender.

Smith said that for the remainder of the war, “Remember Fort Pillow” was the rallying cry of USCT troops as they went into battle.

“If we do not tell the story about the importance of the Black soldiers and how they fought for the freedom of their people and to reunify the nation, no one else will do it for us correctly,” said Smith. “Southern historians starting in the late 19th century conceived the idea of the ‘Lost Cause’ of southern states rights against the federal invader.”

“But they do not want to admit they enslaved more than three million people who wanted to be free,” he continued. “They want to ignore the role or forget Black soldiers. They want to ignore Reconstruction and how they sabotaged it, and Black progress after the war.

“We are here to make sure the story is told correctly and the legacy of those soldiers is told.”