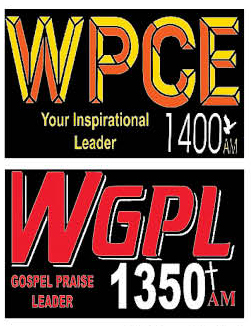 Once upon a time, Willis Broadcasting was the largest Black-owned radio network in the nation, with over 50 small AM and FM stations from Norfolk to Arkansas.

Various factors caused the demise of the once powerful business empire, and its founder Bishop L.E. Willis, Sr., is now deceased.

But that legacy still exists and has been resurrected into a smaller version as the lone privately Black-owned and operated radio company in the region: Christian Broadcasting Company (CBC).

to operate the AM stations WPCE 1400 and WGPL 1350 and WBXB 100.1 (Edenton, NC) Benton emphasized that Christian Broadcasting Company is not affiliated with the Christian Broadcast Network, owned by Pat Robertson of Virginia Beach.

WPCE is the oldest full-time Gospel Radio station in the nation, according to Benton, who has been in the business for over 50 years.

Benton and the new CEO and owner of CBC, Katrina Chase, engineered the reincarnation, including moving the operation from the large space on the fourth floor of 645 Church Street, once owned by Willis Broadcasting.

That building is now empty and is awaiting renovations and repurposing

Since September, according to Benton, CBC’s new home has been a smaller, one-story storefront at 5335 Virginia Beach Boulevard.

Recently, Benton gave the GUIDE a tour of CBC’s new home, including the production and broadcast studios that are filled with old and new equipment, propelled by human and computer power, to broadcast throughout Hampton Roads and North Carolina.

Benton, who began his career with WHIH and then was program director at now defunct WRAP AM and WOWI FM, said that the vision of CBC leadership is to continue to be a “presence” in the community.

Benton said that CBC is being run like a small “Mom and Pop” outfit.

He said he and his management team understand the small business reality of operating with a grand vision but without a heavy influx of capital. He noted that “money is important” but that understanding how small businesses strategically operate gives CBC flexibility to operate and serve the Black community at the same.

“We are here to serve the Black community and especially the members of the Black family unit,” he said. “They are our most reliable listeners because many of them believe in the Christian tradition.”

Benton said that CBC continues to provide the musical and public service programming the Black community needs and the mainstream outlets fail to provide.

He said WPCE’s mainly programs are traditional Gospel, and WGPL’s are the Contemporary version. WBXB which is located in Edenton, North Carolina has “block” or varied programming. The early drive time schedule for WBXB is dominated by National Radio personality Tom Joyner, the only outlet which carries the show in the region

Then it airs Gospel from 10 a.m. to 3 p.m., followed by the Michael Benson show from late afternoon to the evening drivetime.

At 7 p.m., the Bobby J Music Show, which has been around according to Benton for 57 years, airs. It is the longest serving radio show to be produced in the region.

Benton got his start at WHIH, after being a student at the fledgling radio broadcast educational program at NSU. He was one of the voices and producers of the Spartan Hour where the students were able to hone their skills.

He then landed a part-time gig at night on WHIH which was White-owned but programmed for Blacks along with WRAP, he said. He then ran across Frankie Stewart, aka the Soul Ranger, and Benton produced episodes of his show.

Benton landed a part-time job at WRAP as Program Director. Then when Bishop Levi Willis reached out to him, he did the same work at WOWI in 1971 when the mogul/preacher bought that outlet.

WOWI was the first Black-owned station to climb to the top spot among secular radio stations, at the time when FM radio was in its infancy in Virginia.

Benton says that while other stations have mostly automated operations, with few live voices on the air or physically in the building, CBC is one of few which has a full staff with about seven announcers behind the microphone.

He said a portion of its daily broadcast operation is automated and with an administrative, operational and sales staff, CBC has about 15 employees.

He said Willis Broadcasting, at its height, needed the much larger headquarters on Church Street where there once was a very muscled bookkeeping, engineering, sales, and administrative staff to direct a national operation.

Benton said CBC is akin to a “Mom and Pop” storefront now and does not have the heavy influx of advertising and investment dollars like larger corporate broadcast outlets.

He said CBC still has a reliable cadre of commercial advertisers with tenure dating back to the Willis days, and faith-based groups such as Calvin Thomas and his on-air Gospel Life-Time Ministry,

He said that a number of a long time “traditional” churches in the area such as Norfolk’s Mt. Carmel and Antioch Baptist Church still pay CBC to broadcast their services and have stuck with us “so they can continue a way of getting their message out to the public.

CBC is unable to subscribe to one of the national rating services to measure the number of listeners consuming its music, Benton said.

But he says an Arbitron system called Black Radio Today gives CBC an aggregate figure of its share of listeners.

“We have an audience from Nags Head to Williamsburg,” Benton said. “The region has about 36-plus percent Black population, 7 percent of which are avid gospel listeners and our station combo has about 85 percent of them.”

Benton said another factor are the listening habits of Black families and individuals whom he said are reliable listeners. In contrast, secular listeners may “tune” in when music or a program is favored by them, but “tune out” when not.

CBC fans range from the young to middle aged to older people of varying genders and church preferences. They are members of family units and continual listeners, whether on traditional radio at home, work, car or Internet.

Benton said that CBC has managed to marry all three of its current stations with the Internet and Facebook to allow the community to listen to all of its music and community programming “crystal clear.”

He said that in January CBC will unveil WPCE FM, which will enable the station to use traditional and social media to expand its presence nationally beyond Hampton Roads.

He said that while corporate/mainstream outlets will provide programming to the Black community until “the money and the numbers dry up” and shift to another format, CBC believes it is part of its legacy to be constant

“Just because you broadcast Black gospel or secular music does not mean you are Black-owned and involved in our community,” said Benton, a native of Portsmouth.

“Bishop Willis was the first Black radio owner of a network. He had the vision of being a part of and serving the community which supported his stations.” 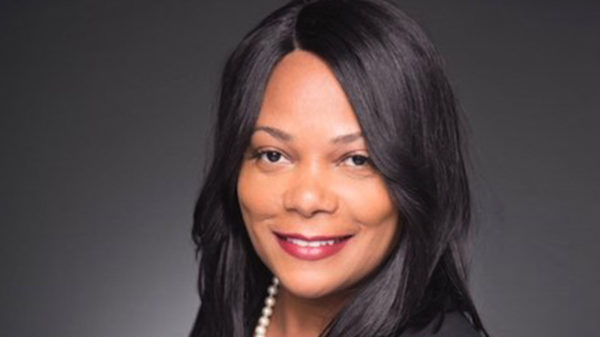 By Stacy M. Brown NNPA Newswire Senior Correspondent @StacyBrownMedia The novel coronavirus has ravaged most of the globe, but in the U.S., African Americans...