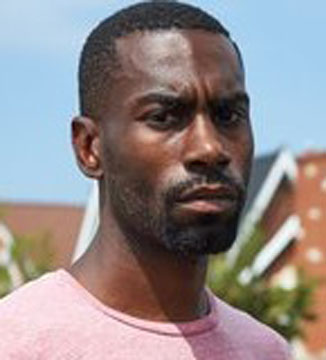 Deray McKesson, an avid protestor and frontline activist, is seen in St. Louis, Missouri on August 7, 2015. McKesson is one of the most vocal activists since the Ferguson shooting of 18-year-old Michael Brown Jr. in August 2014. The seemingly endless stream of videos and stories showing brutal and outrageous behavior by police has forced the nation to acknowledge the reality of systemic racism, said DeRay Mckesson, an activist with We The Protesters who has nearly 200,000 Twitter followers. "So much of the work in the past year was focused on exposing and convincing and saying to people 'this is what happened' and 'this is what's wrong', 'believe me and listen'," he told AFP. AFP PHOTO / MICHAEL B. THOMAS (Photo credit should read Michael B. Thomas/AFP/Getty Images)

BALTIMORE
Moments before the deadline to enter the mayoral race expired on Feb. 3, Black Lives Matter member DeRay Mckesson submitted the necessary paperwork and became the 13th and final candidate to enter the race.
According to The Baltimore Sun, Mckesson, is a 30-year-old Baltimore native and former public school administrator. He plans to release a platform within a week. Mckesson said his proposals will include making internal school system audits public.

Comparing his background to the other mayoral candidates, he wrote in his blog, “It is true that I am a non-traditional candidate. I am not a former Mayor, City Councilman, state legislator, philanthropist or the son of a well-connected family. I am an activist, organizer, former teacher, and district administrator that intimately understands how interwoven our challenges and solutions are.”

“Baltimore is a city of promise and possibility,” he told The Baltimore Sun. “We can’t rely on traditional pathways to politics and the traditional politicians who walk those paths if we want transformational change.”
The list of candidates increased after Mayor Stephanie Rawlings-Blake announced she would not run for re-election in September after facing withering criticism for the riots that tore through Baltimore in April.

Regarding Black Lives Matter, Mckesson told Essence in March. “It’s important to remember the origins of the protests. It started because regular people came outside and said, ‘Enough is enough!’
“It didn’t start because anybody started a hashtag or because of the NAACP or because of the National Urban League. It wasn’t college students; it was regular people who had a common understanding of the injustice that was happening.”