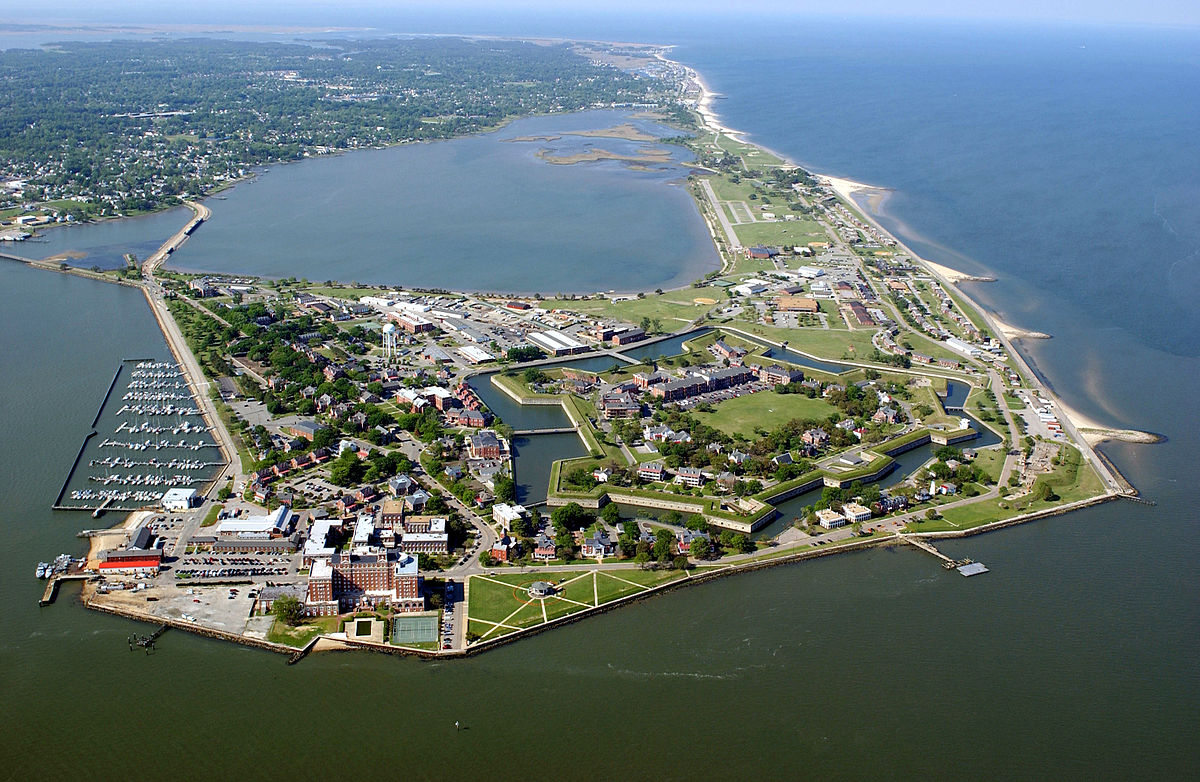 HAMPTON
A national initiative, HOPE CREW, was launched at Fort Monroe National Monument in Hampton on June 19 that will help preserve the fort’s historic structures.

In partnership with the National Park Service and the Fort Monroe Authority, HOPE Crew will deploy a team of national experts and young, local participants to rehabilitate Fort Monroe National Monument’s historic quarters this summer.

Fort Monroe National Monument, known to many as “Freedom’s Fortress,” is the place where more than 500,000 African-Americans took the first step in ending their enslavement during the American Civil War.

HOPE Crew participants working on former living quarters built in 1834 will have an opportunity to discover the site’s history while acquiring advanced preservation skills that make them competitive in the job market. These skills include foundation stabilization; wall assessments; re-pointing; masonry; painting and refinishing; and carpentry.

Fort Monroe was the site in 1861 that provided freedom via a federal policy known as “contraband of war” for three enslaved Blacks who had escaped their owners. The Fort became the place where hundreds of escaped slaves sought and obtained freedom during the Civil War.

“In helping us preserve historic Building 50 this summer, HOPE Crew participants are also helping us commemorate the courage of Civil War-era freedom seekers and allowing future generations to understand the full American story.”

The success of HOPE Crew highlights a hands-on approach to saving places that – beyond addressing deferred maintenance at historic sites – is making a positive difference in the lives of future preservationists and the communities where they serve,” said Stephanie K. Meeks, president and CEO of the National Trust for Historic Preservation.

“We’re excited to continue broadening the preservation movement with our partners and to kick-off HOPE Crew’s 100th project at Fort Monroe National Monument, a National Treasure and site of one of our country’s most extraordinary chapters in the fight for freedom.”

Since the start of the program in 2014, HOPE Crew (named for “Hands-On Preservation Experience”) has completed 99 projects around the country, trained more than 600 young people and veterans in preservation trades and recruited over 2,000 volunteers to protect places that are significant to their communities.

The public event was launched on the date honoring the Juneteenth holiday that celebrates the ending of slavery in the United States.

Additionally, the National Trust for Historic Preservation will collect and curate the multifaceted stories of descendants of Fort Monroe’s Civil War-era freedom seekers. Individuals with special connections to Fort Monroe, in the Hampton Roads area and across the country, are encouraged to share their family stories at: www.savingplaces.org/freedom-stories