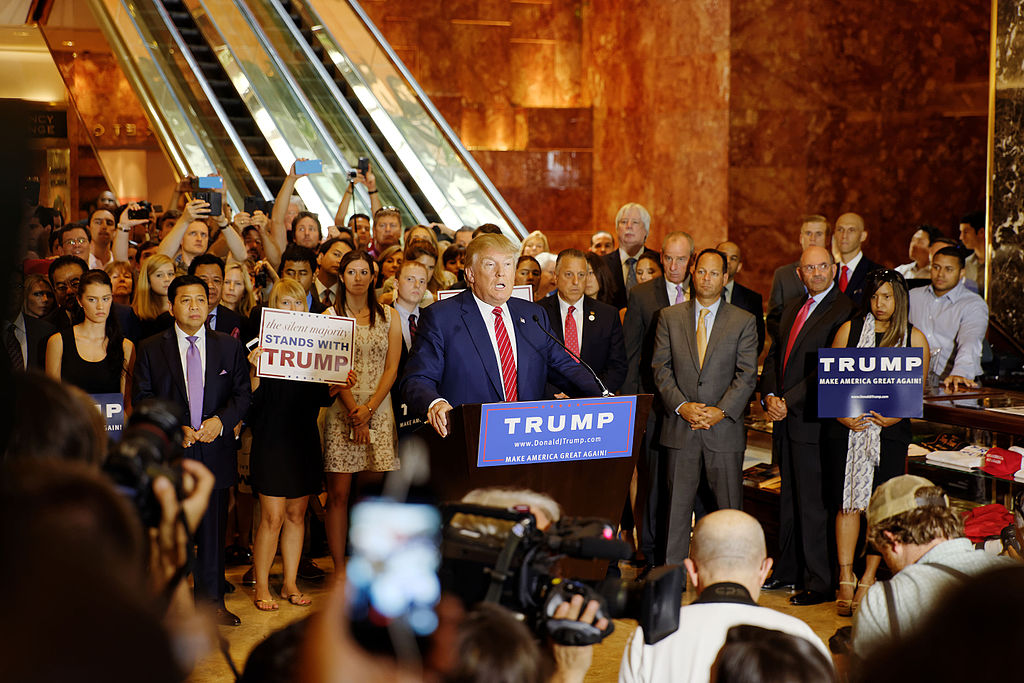 According to news reports the NBRA is a Sarasota-based non-profit, which reportedly has 2,000 members. In 2008, the non-profit launched billboard and radio ads to support John McCain’s presidential bid. A photo on the group’s web site showed McCain posing with NBRA Chair Frances Rice at the NAACP convention in July.

Of the group’s recent decision to endorse Trump, Rice said on the organization’s website, “We support Mr. Trump because he shares our values. We, like Mr. Trump, are fiscally conservative, steadfastly pro-life and believers in a small government that fosters freedom for individuals and businesses, so they can grow and become prosperous.”
Rice is retired from the U.S. Army and a native of Atlanta.

A 1977 graduate of the law school at the University of California, Rice in 2005 became a co-founder and chairman of the National Black Republican Association.
“Black Americans across America are beginning to wake up,” Rice continued in her recent endorsement of Trump. “Democrats have run Black communities for the past 60 years and the socialist policies of the Democrats have turned those communities into economic and social wastelands, witness Detroit, Baltimore and South Chicago.”