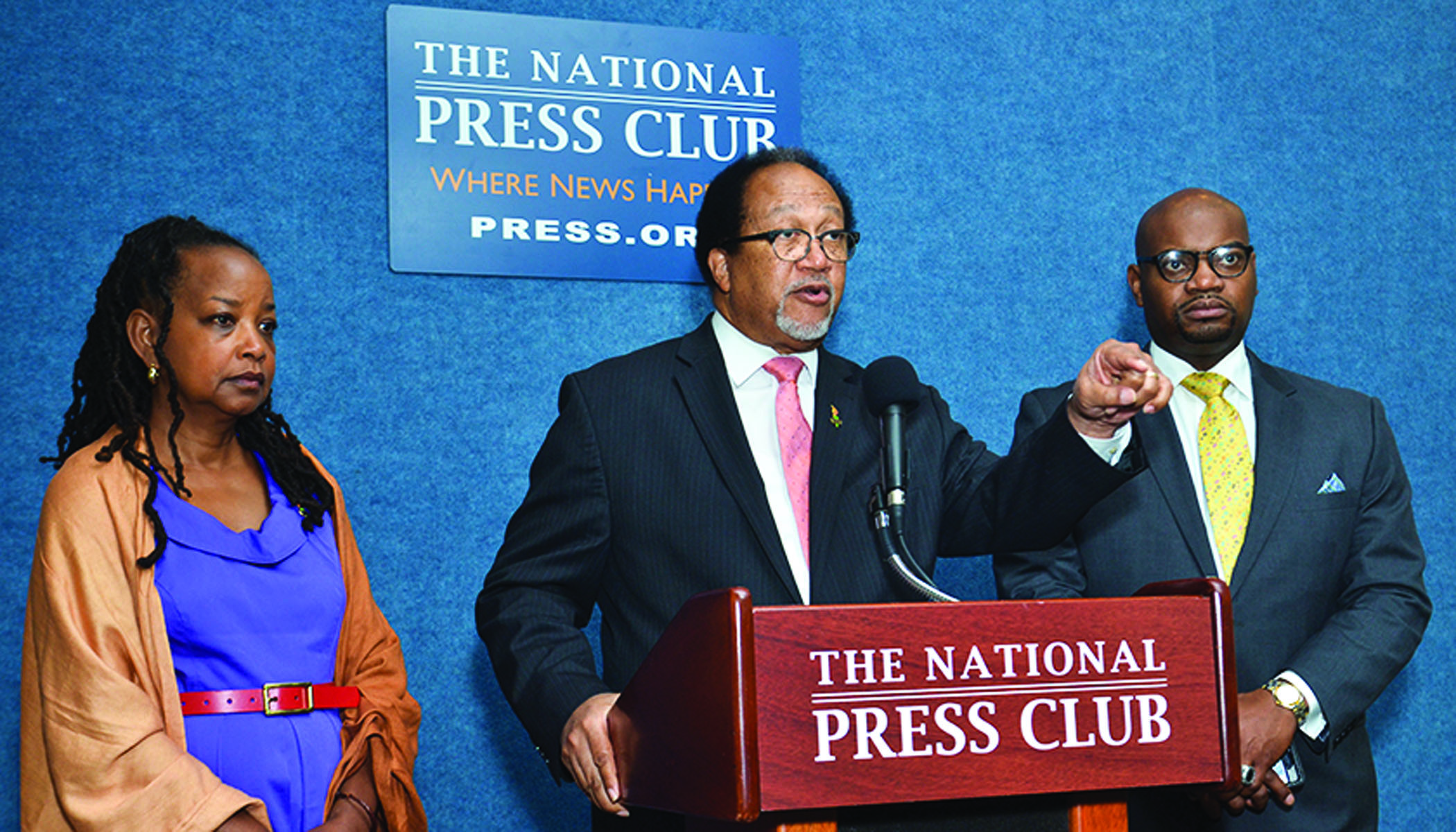 The recent extrajudicial killings of three Black males, including a 13-year-old boy, have sparked protests across the country, and the National Newspaper Publishers Association (NNPA) has now declared a state of emergency in Black America. The NNPA is a trade group that represents more than 200 Black-owned media companies nationwide and reaches more than 20 million readers a week.

“Millions of our readers across the nation are once again outraged at the latest fatal incidents of police brutality in Tulsa, Okla., and Charlotte, N.C.,” the group said in a joint statement released on Friday, September 23, by Denise Rolark Barnes, the chairwoman of the NNPA and publisher of The Washington Informer, Bernal E. Smith II, a member of the NNPA Board of Directors and publisher of The New Tri-State Defender, and Dr. Benjamin F. Chavis, Jr., president and CEO of the NNPA.

These are not isolated incidents, but are a deadly national pattern of police violence and prosecutorial misconduct.” On September 14, 13-year-old Tyre King was shot and killed by police in Columbus, Ohio who were responding to an armed robbery call. Police said that King ran when they approached him and then pulled a weapon from his waistband, which was later found to be a BB gun, a toy that couldn’t even fire bullets.

On Friday September 16, Tulsa police officer Betty Shelby fired the fatal shot that killed Terence Crutcher after the truck he was driving broke down on the road. In a video captured by the Tulsa Police Department, Crutcher can be seen walking back to his truck with his arms raised, just before he was tased then shot. Shelby was charged with felony manslaughter. On Tuesday, September 20, police in Charlotte, N.C. shot and killed 43-year-old Keith Lamont Scott at an apartment building. Witnesses said that Scott was sitting in his car reading a book when plainclothes officers approached him and asked him to exit his vehicle. On Saturday, September 24, Charlotte-Mecklenburg police released body-worn camera and dashboard camera video footage of the incident. None of the videos show Scott holding a gun or pointing a weapon at the police.

“We’re tired of covering these stories,” said Denise Rolark Barnes, chairwoman of the NNPA and publisher of The Washington Informer, “We have been covering these stories long before mainstream media ever saw them.” Barnes continued: “The situation has escalated and it is time for us to step up to not only tell the story, but to also make some demands.” Bernal Smith, the publisher of the New Tri-State Defender in Memphis, Tenn., said that, “I’ve had way too many conversations with our readers and with people in our community that feel like we’re under siege…that feel that driving, walking or even sitting while Black is a threat to their lives.”

Smith continued: “We are here today to declare that there is a state of emergency in our communities across America and it requires immediate and significant action on behalf of the federal government…it can no longer be business as usual.” April Goggans, who represents the Black Lives Matter movement in Washington, D.C., said that the narrative about the killings of Black men and women at the hands of those sworn to protect them is still being controlled by mainstream media.

“As much as we want to protect Black lives, we also have to protect the mediums and ways in which the stories that are true about Black lives are spread and that is through the Black Press,” said Noggins. At a recent press conference, the NNPA announced that they want President Barack Obama, Attorney General and the U.S. Congress to address four principle demands immediately:
• Appoint a Special Federal Prosecutor on Police Brutality;
• Establish a National Police Oversight Commission on Use of Deadly Force, Training and Cultural Sensitivity;
• Create of a National Police Brutality and Misconduct Database that is publicly accessible;
• Establish tougher federal penalties for police officers and prosecutors who violate constitutional rights.

“In our community, when a Black person kills another Black person, in those cases the [perpetrator] is prosecuted and goes to jail,” said Smith. “When police are murdering Black men, women, and children in the street, there is no justice. In most cases, there isn’t even an indictment or charges filed.” According to a study conducted by The Guardian, young Black men between the ages of 15 and 34, “were nine times more likely than other Americans to be killed by police officers in 2015” and “Their rate of police-involved deaths was five times higher than for White men of the same age.”

Goggans said that “intercommunity violence” and extrajudicial killings of Blacks committed by police are two separate issues that are intertwined and they are also equally important. “We’ve got to be able to hold the complexity of both of those things happening at the same time and not fall into the trap,” that only serves as distraction from the real issues plaguing the Black community, said Goggans, adding that the mothers of slain children, don’t sit around wondering whose loss is greater.

Chavis said that on the eve of opening of the National Museum of African-American History and Culture it’s important for everyone to remember, that Black history is not only a history of oppression, but it is also a history of overcoming that oppression. “It is a history of us standing up and protesting injustice,” said Chavis. “So what we’re doing today is consistent with our history and our culture.”