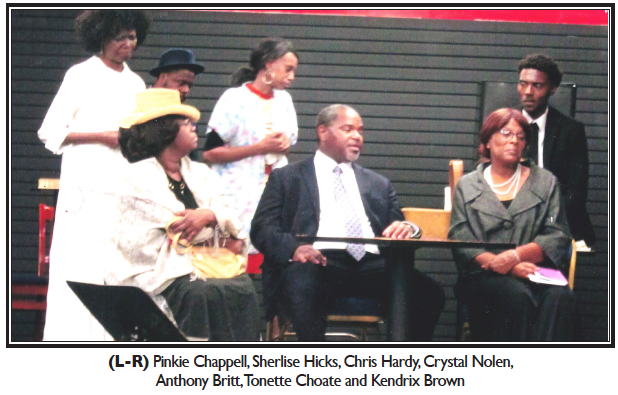 The CHURCH STREET COMMUNITY THEATRE ENSEMBLE had an impressive debut on the Hampton Roads theatre scene with its presentation of James Baldwin’s Classic play, “THE AMEN CORNER”. The play was staged in the new #1 S.P.A.C.E. Theatre in Military Circle Mall, and directed by Rev. Leslie Rainey. The cast, with Pinkie Chappell, Tony Britt, Crystal Nolen, and Kendrix Brown in principal roles, were admirably supported by Sherlise Hicks, Tonette Choate, Tara Johnson, Sally Britt, Chris Hardy Rishona Penn, and Lynn Fuller. The Ensemble will be holding auditions in the very near future for its next production, a tribute to Mr. Langston Hughes, through his hilarious play “SIMPLY Heavenly”. For more information about the CHURCH STREET COMMUNITY THEATRE ENSEMBLE, phone (757) 510-7211.