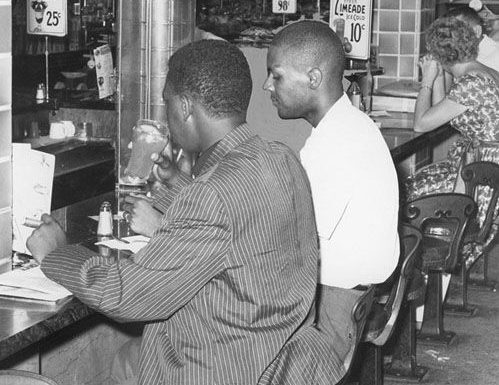 [cs_content][cs_element_section _id=”1″][cs_element_row _id=”2″][cs_element_column _id=”3″][x_image type=”none” src=”http://thenewjournalandguide.com/wp-content/uploads/2018/01/000711_preview.jpeg” alt=”” link=”false” href=”#” title=”” target=”” info=”none” info_place=”top” info_trigger=”hover” info_content=””][cs_text _order=”0″]The 2018 theme, “African Americans in Times of War,” commemorates the centennial of the end of the First World War in 1918, and explores the complex meanings and implications of this international struggle and its aftermath. The First World War was initially termed by many as “The Great War,” “The War to End All Wars,” and the war “to make the world safe for democracy.”

Those very concepts provide a broad, useful framework for focusing on the roles of African Americans in every American war, from the Revolutionary War Era to that of the present “War against Terrorism.” Times of War inevitably provide the framework for many stories related to African American soldiers and sailors, veterans, and civilians. This is a theme filled with paradoxes of valor and defeat, of civil rights opportunities and setbacks, of struggles abroad and at home, of artistic creativity and repression, and of catastrophic loss of life and the righteous hope for peace.

The theme suggests that contemporary conditions, past and present, give us cause for critical pause in our studies and deliberations to consider the specific and unique issues faced by African Americans in times of war. These issues include opportunities for advancement and repression of opportunities during wartime; the struggle to integrate the military and experiences during segregation/apartheid and successful integration; veterans experiences once they returned home; the creation of African American Veteran of Foreign War posts; cultures and aesthetics of dissent; global/international discourse;, including impact and influence of the Pan African Congresses; the impact of migration and urban development; educational opportunities; health care development; the roles of civil rights and Black liberation organizations, including the Black Power movement and the Black Panther Party; the roles of African American businesses, women, religious institutions, and the Black press; in the struggle abroad and at home; the topographies and spaces of Black military struggle, resistance and rebellion; and how Black soldiers and/veterans are documented and memorialized within public and private spaces. These diverse stories reveal war’s impact not only on men and women in uniform but on the larger African American community.[/cs_text][/cs_element_column][/cs_element_row][/cs_element_section][/cs_content]