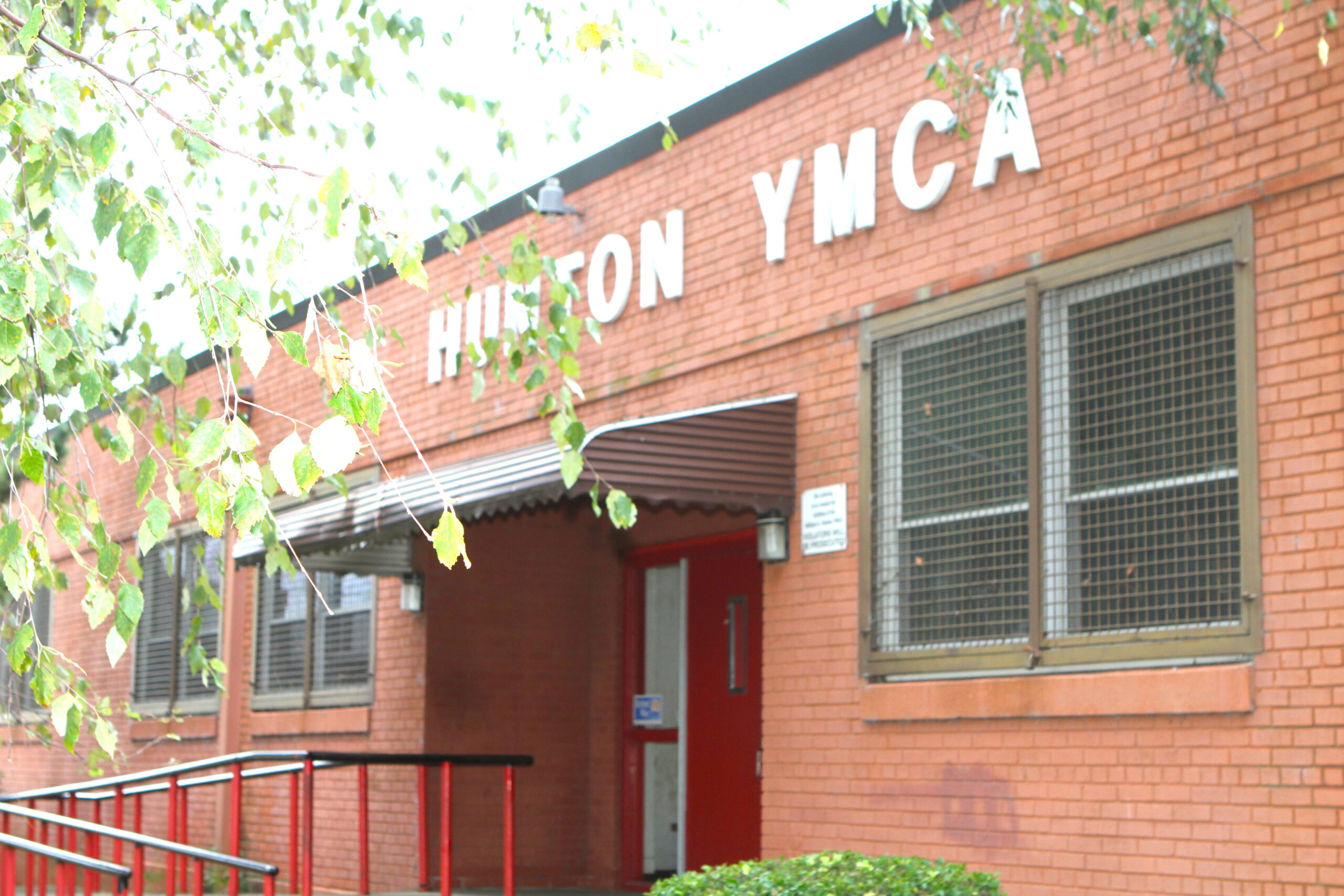 By this time next year, most of the 618 units of the Tidewater Gardens public housing community will be razed to make way for Phase 1 of the St. Paul’s Quadrant redevelopment project.

But there will be one exception: the building now housing the 146-year-old Hunton YMCA.

The facility, which sits at 1139 Charlotte Street provides childcare and other services to that community and adjacent ones.

The city is offering to buy the land for $2 million which currently houses the Hunton YMCA and help the Hunton relocate to another site within the existing and renewed area.

The land the Hunton sits on will be used for a pumping station and flood mitigation effort in the redeveloped area.

But, according to supporters of the Hunton YMCA, the amount offered is not enough to allow them to buy, temporarily rent, or build a new facility large enough to accommodate its operations.

According to Ulysses Turner, a former Hunton Board member and now an advisor to the Board of Directors, the one acre of land and the 38,000 square building it has called home since the 1970s, is assessed by the city at $4 million.

However, the city is offering a mere $2 million to purchase the land and raze the building to allow for repurposing the space.

Turner said if the Hunton were to accept the $2 million offered by the city, that would not be enough to even rent a new location and continue operating.

He explained that when the Hunton moves from its present site, it must find an affordable new home and repay a half-million dollars in loans it owes the Norfolk Redevelopment and Housing Authority (NRHA), used for structural repairs and to replace an outdated HVAC system.

Turner said the Hunton would have to draw on revenue from its remaining services which would put a financial burden on the organization.

Further, he said, the list of philanthropic organizations which have contributed to the Hunton YMCA over the years, have reservations about continuing their support under an uncertain future.

Once the Hunton is relocated to a new location and its “future is certain”, he expects financial support from various contributors would be more forthcoming.

Also, he said, the staff and leaders could launch a capital campaign to raise the funds needed to operate and continue programming.

“We are faced with the fact that we do not know where we will relocate to or how to get there at this point,” said Turner. “So our

donors just want to be assured before they continue to provide.”

Turner said the Hunton YMCA wants to continue its presence and serve the St. Paul’s community once the redevelopment is complete.

He said the recent settlement of a lawsuit between the city and the Tidewater Gardens residents seems to assure that at least 68 percent of the residents who have been moved out over the past year will be able to return to the area.

To its credit, Turner said the city and NRHA have been attempting to assist the YMCA Board to find a new location.

He said the city will “work around” the Hunton site until it finds a new location.

Turner chairs the Hunton Transition Committee tasked with organizing the relocation. He said members of the panel have looked at two relocation sites offered by the city. But neither of them was large enough to house the Hunton’s YMCA’s current operations.

Turner said to construct a new building would cost some $12 million.

The amount of money the city is offering is not enough to reach that goal.

Even a capital fundraising campaign would take an extensive period of time to reach that goal, he observed.

Turner and the YMCA have drawn support from some surprising sources.

Prominent Norfolk Attorney Joseph Waldo has volunteered his services, pro bono, free of charge, to fight the case in court, if necessary. Waldo also gave a sizable contribution to the Hunton YMCA as Norfolk will likely condemn the building under eminent domain and the YMCA will need to relocate and rebuild.

Other help comes from Gordon Dillon.

For over 30 years, he was the Publisher and Owner of the Virginia Observer newspaper, which he sold and he is now retired.

He said at least two examples illustrate the disparity in the money the city of Norfolk is willing to buy for public use as in the case of Hunton.

The city is offering the Hunton YMCA Board some $2 million for its building and land the facility sits on, but the land is assessed by the city at $4 million.

Dillon said several years ago a patch of land, adjacent to the Harbor Park, the home field of the semiprofessional baseball team, The Tides, was assessed at roughly $2.5 million.

The city eyed the property as the new site for a new train depot when the state and AMTRAK expanded service to Norfolk.

According to documents secured Dillon secured from the city assessor’s office, the city paid some $9 million for the property to secure the land from its previous owners.

He noted also the contrast received by the Hunton YMCA with the “red carpet” rolled out by Norfolk officials to a private firm that built a structure for an American Airline ticket center, on valuable commercial land on Military Highway.

In this case, Norfolk bureaucrats co-signed and guaranteed taxpayer dollars for a $5.7 million dollar loan to pay part of the cost of the structure which was built by a local developer who received the loan.

After completion, the Norfolk tax assessor assessed the building at $2 million dollars. Norfolk later purchased the structure from the private firm for $5,531,141.45.

Dillon said in a letter to the GUIDE, “Seldom does a big-ticket item place pennies on a purchase price. And seldom do you place a public building on valuable commercial land.”

“When it comes to equal treatment, Norfolk officials have two standards,” he continued. “Norfolk wants and needs Hunton’s land to control flooding in the City Hall area of Norfolk’s downtown. Under the law, governing bodies must at least pay the city’s assessed value of the land and structures.”

In this case, Norfolk placed the value at $4 million dollars. The city offers a mere $2 million, he pointed out.

Dillon said, “Perhaps, looking at the future, where it might have to obey state law, Norfolk has offered the Hunton YMCA a take it or leave it price of $2 million.”

Turner said that once the Hunton’s and adjacent land are developed, its municipal and market value will be increased.

“It will be a gateway to the new St. Paul’s community and downtown Norfolk,” said Turner. “It will be a beautiful and attractive place to live and the Hunton wants to be part of it.”

Dillon said there are other aspects of Hunton’s value to the Black community and Norfolk, in general, and it should not be

“shortchanged by the city.”

“The historic Hunton YMCA is valuable to the whole community,” he said. “It clings to the religious principles of helping the helpless,

providing shelter, food, clothing, and medical assistance to all who come through their doors.”

Dillon says that Black and white residents of Norfolk “should be outraged about how the Hunton is being shortchanged and undervalued”.

“Why are the big developers making back door and sweetheart deals with the city,” he asked.

“I think people should be getting on the phone to the city manager and council about this,” he said. “Now the Hunton needs our help.” 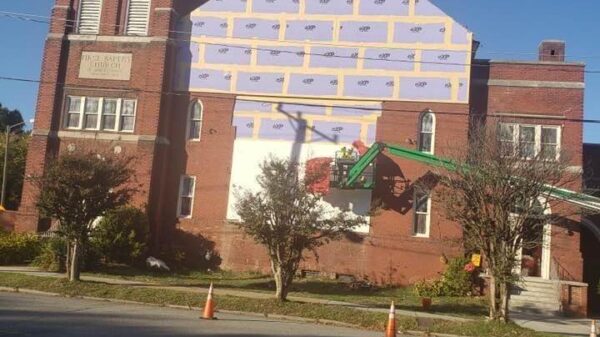 By Leonard E. Colvin Chief Reporter New Journal and Guide In the early morning hours of August 4, 2020, the intense winds of Tropical... 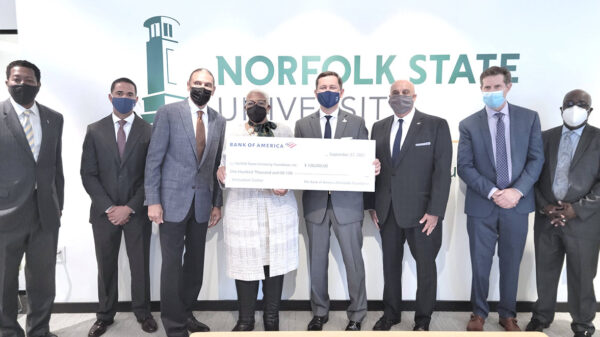 NORFOLK Norfolk State University was the recipient recently of a $100,000 donation from Bank of America to support its School of Business and Innovation... 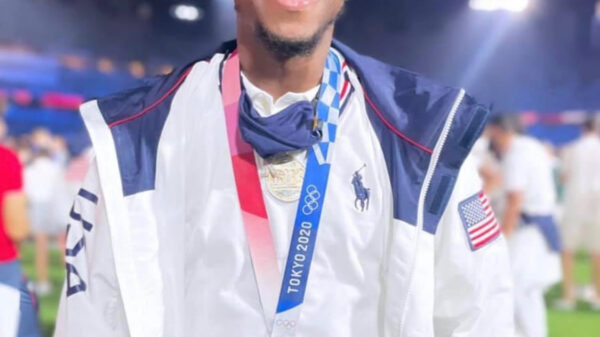 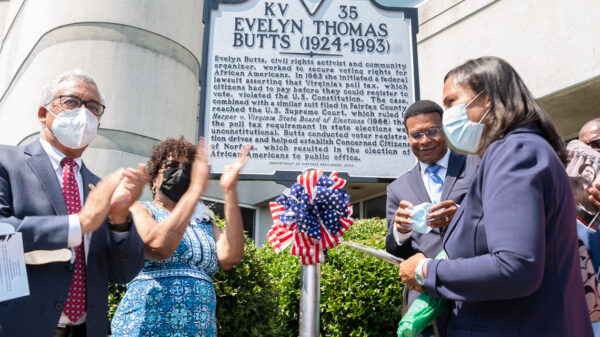