According to the university, she was the first African American woman to lead a four-year public higher education institution in the Commonwealth of Virginia and the first woman to lead Norfolk State University.

The university confirmed Dr. McDemmond’s death and released a statement:

“It is with great sadness that we mourn the passing of Dr. Marie V. McDemmond, Norfolk State University’s third President, who led the University from 1997‒2005.

McDemmond replaced Dr. Harrison B. Wilson when she arrived at NSU, making history and waves replacing one of the most powerful Black men in Hampton Roads at the time. Dr. Wilson, initially a viable basketball coach, crossed over to academia and the administrative tract and honed his skills in the HBCU leadership network.

When McDemmond arrived at NSU, the school was 63-years-old and had student enrollment of 8,600. It was the largest HBCU in Virginia at that time, a title it continues to hold. Malverse Nicholson is one of the staff who served under Wilson and recalls the transition.

Wilson retired, unexpectedly, according to Nicholson, because “he believed it was time to get a new generation of leadership to take over.”

Nicholson, whose career spanned 30 years at NSU, was Assistant to the President for Development and Legislative Liaison.

He recalled that the Search Committee conducted a national effort to find Wilson’s replacement. Dr. L.D. Britt, a noted physician at the Eastern Virginia Medical School and the Sentara System, was the Rector of the Board and led the search.

Wilson reportedly had set his sights on having one of his long-time protégées, Dr. Hazo Carter, Jr., one of three finalists, as his replacement. Carter was a former Vice President under Wilson, and in 1997, he was the President of West Virginia State University.

According to Rev. Dr. Geoffrey Guns, current Senior Pastor of Second Calvary Baptist Church in Norfolk, who was newly appointed to the NSU Board of Visitors by then-Republican Governor George Allen, the initial votes were a 6-6 tie based on political alliances.

“I was not a political appointee. I also did not know about the cultural and the internal workings of the board,” Guns told the GUIDE during a recent Interview. “But I did note the tension over the discussion over the replacement of Dr. Wilson.”

He recalled there was a Republican faction on the Board appointed by the previous Governor Doug Wilder and the new GOP administration in Richmond. Guns said he voted for McDemmond because “I had no political allegiance. I looked forward to changing leadership.”

Edythe Harrison, wife of a former legislator, and founding president of the Virginia Opera, sat on the board, too. She did not participate in the initial voting on who would be the school’s new leader.

Guns said none of his colleagues knew how Edythe Harrison stood on the issue, but, she broke the tie, and McDemmond was named NSU’s third president. At that time, she was Vice President of Finances at Florida Atlantic University.

McDemmond received a warm introduction as the new leader a week before Christmas. By June of 1998, a noticeable chill replaced it.

Media reports in the GUIDE and other publications noted that financial woes began to make headlines locally and nationally within months of McDemmond’s arrival. She was prompt to implement a cost-cutting strategy that included the unpopular decision of laying off 116 employees and increasing studentfees by 27 percent.

Then, McDemmond — who had built a career as a prudent higher education fiscal manager — found herself in the awkward position of having to explain to Virginians because the house she lived in was renovated to the tune of more than $200,000 at a time when the university was facing a $4 million deficit.

Nicholson said that the Wilder administration because of the slowing economy had cut the budgets of most of the state-supported schools. By the time McDemmond was named, NSU had not recovered from the cuts.

In a July 13, 2007 interview with Diverse Issues in Higher Education, McDemmond explained she did not know about the state deficit until late fall of 1997, after she was named president. Further, she noted the renovations had been done in June 1997 before she had moved in.

“Dr. Wison was always seeking to make up for the budgetary shortfall,” Nicholson said. “He was always stealing from Peter to pay Paul. This is when Dr. Wilson had to defend himself against what he was reading in the press.”

Dr. McDemmond was uncomfortable with the cadre of administrators who were part of the Wilson regime. She brought in her own.

“She was skeptical and did not trust the old team; this included me,” he recalled. “She feared that if she told me anything, I would immediately tell Wilson to undermine her. I thought she did an outstanding job.”

“But I would not have done that,” said Nicholson, who left one year before McDemmond did in 2005. “I wanted her to succeed. I believed in being loyal to the leader of the school and supporting their effort to advance it.”

Guns recalled that McDemmond refused Wilson’s request to have an office on campus to “have a place to work and get the idea of running the school out of his system.”

Guns said he quickly realized that such tensions created a battle between McDemmond and Wilson which was not good for the state’s largest HBCU or her administration. Guns recalled that the rumors of McDemmond being hired by a Republican administration to steer NSU toward consolidation with ODU were creating tensions against her, as well.

“I liked Dr. McDemmond. I thought she was a classy, strong, and competent administrator and leader,” said Guns. “I invited her to my office to talk with her because I knew she was having a difficult transition. I told her I understood that she had to bring on her ‘own’ team to feel comfortable. But until she did, she did not need these fights in the media or allow her concerns about the old staff to kill her administration.”

When she died, NSU wrote a story summoning up her legacy as the school’s leader.

“Dr. McDemmond was a groundbreaker and a history maker. She achieved many ‘firsts’ during her lifetime, including becoming the first African American woman to lead a four-year public higher education institution in the Commonwealth of Virginia and the first woman to lead Norfolk State University.

“Dr. McDemmond was a visionary who brought advanced technology to the University in the form of the institutional website and internet access.

“She visualized a research hub originating on 25 acres at the intersection of Brambleton and Park Avenues and secured funding for the construction of what was initially known as the RISE (Research Innovations to Support Empowerment) Center.

“The research hub with its clean room among other research laboratories now fittingly bears her name as the Marie V. McDemmond Center for Applied Research.

“She was a true leader and pioneer whose imprint on Norfolk State will last in perpetuity.”

Dr. McDemmond was awarded by numerous groups for her outstanding service to higher education. She was recognized by Outstanding Young Women of America, Who’s Who Among Black Americans, Florida’s National Association of Women Business Owner’s (NAWBO), Women Who Make a Difference, and the Florida Federation of Business and Professional Women’s “Glass Ceiling” and “Women of Achievement” awards.

She also became the first person in the university’s history to donate $1 million.

NSU was the only school she served as President. She retired in 2005 due to illness and moved back to Florida. 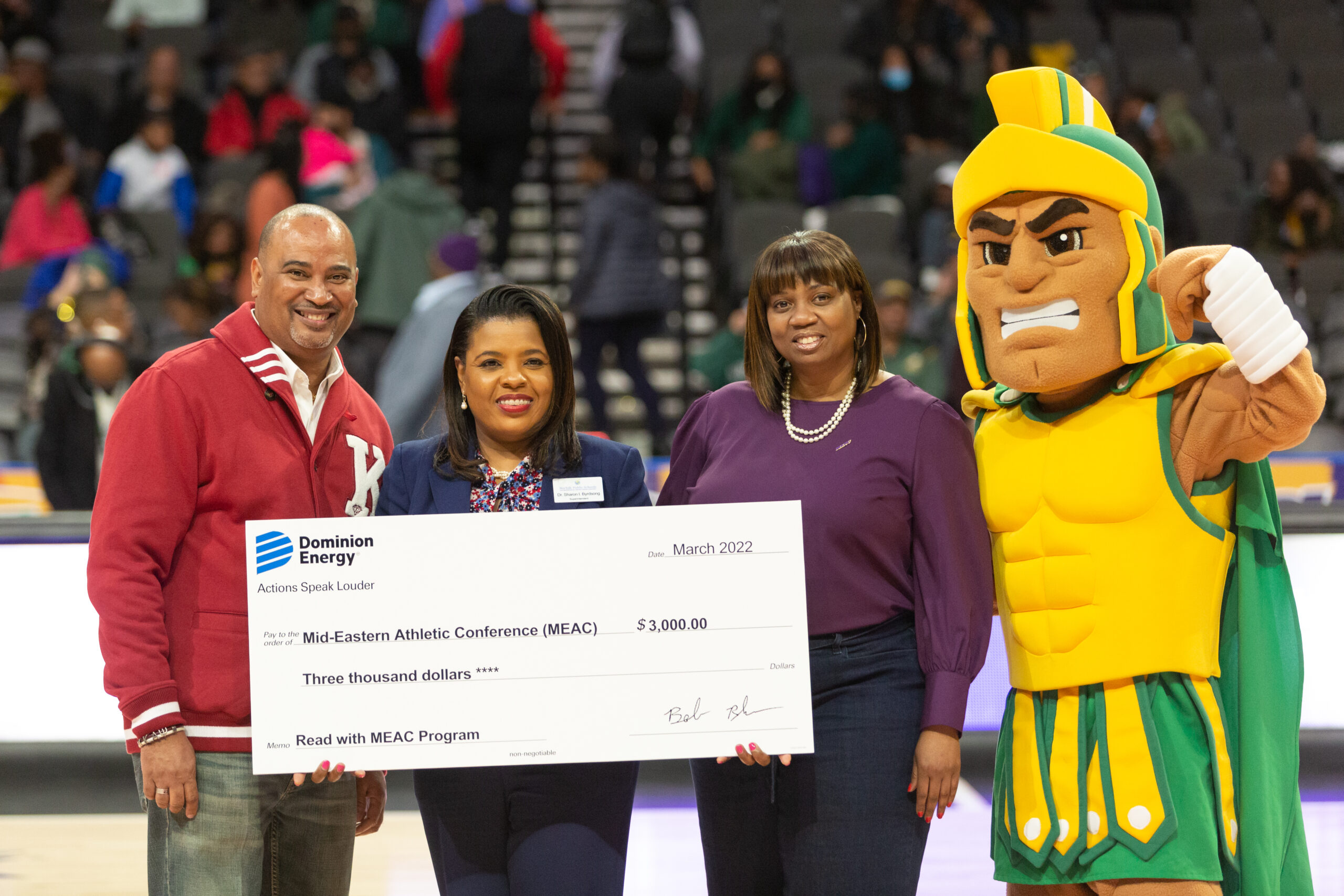 NORFOLK Dominion Energy helped to kick off this year’s NCAA MEAC Tournament in Norfolk with a $3,000 check to Norfolk Public Schools (NPS). The... 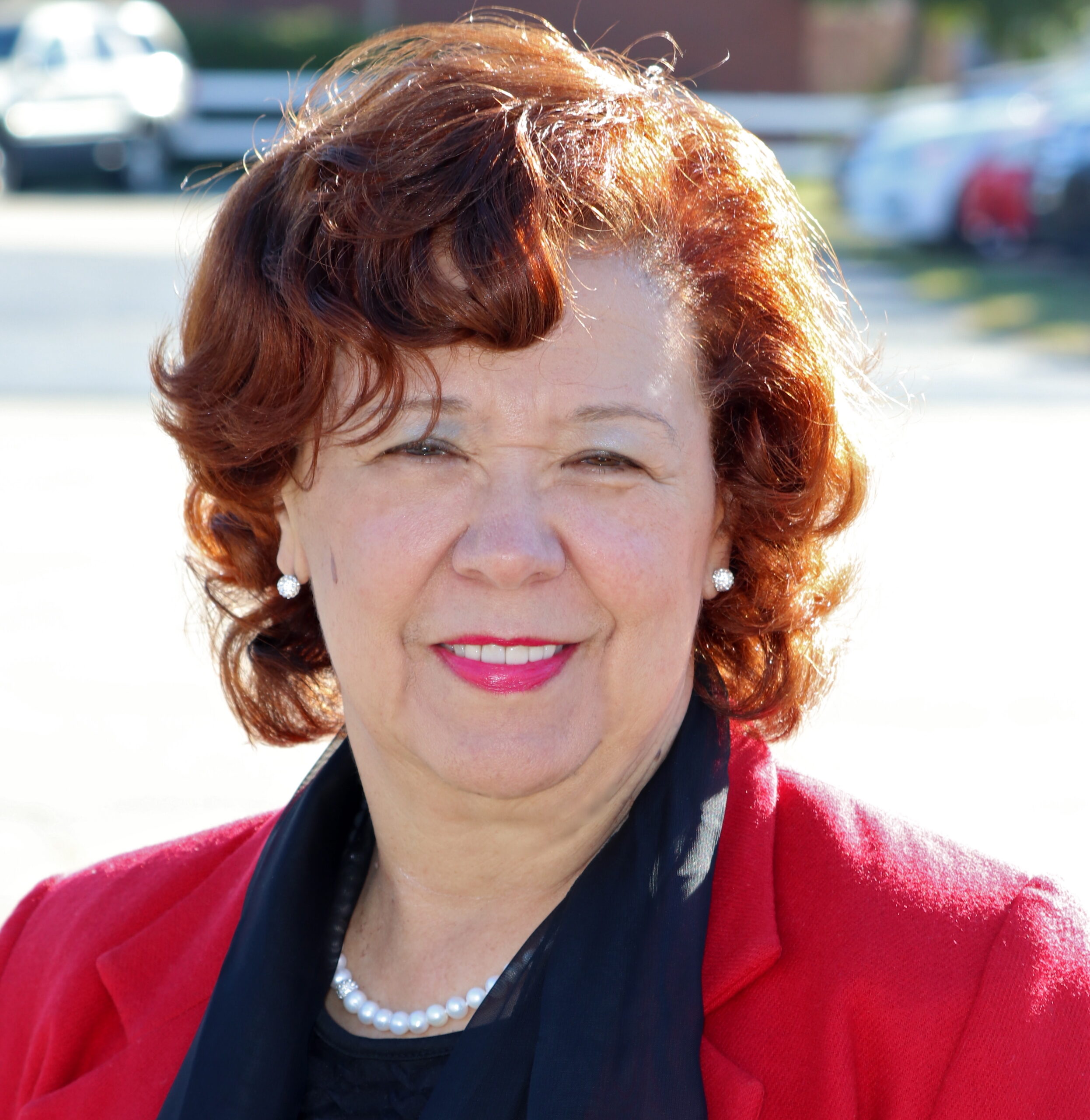