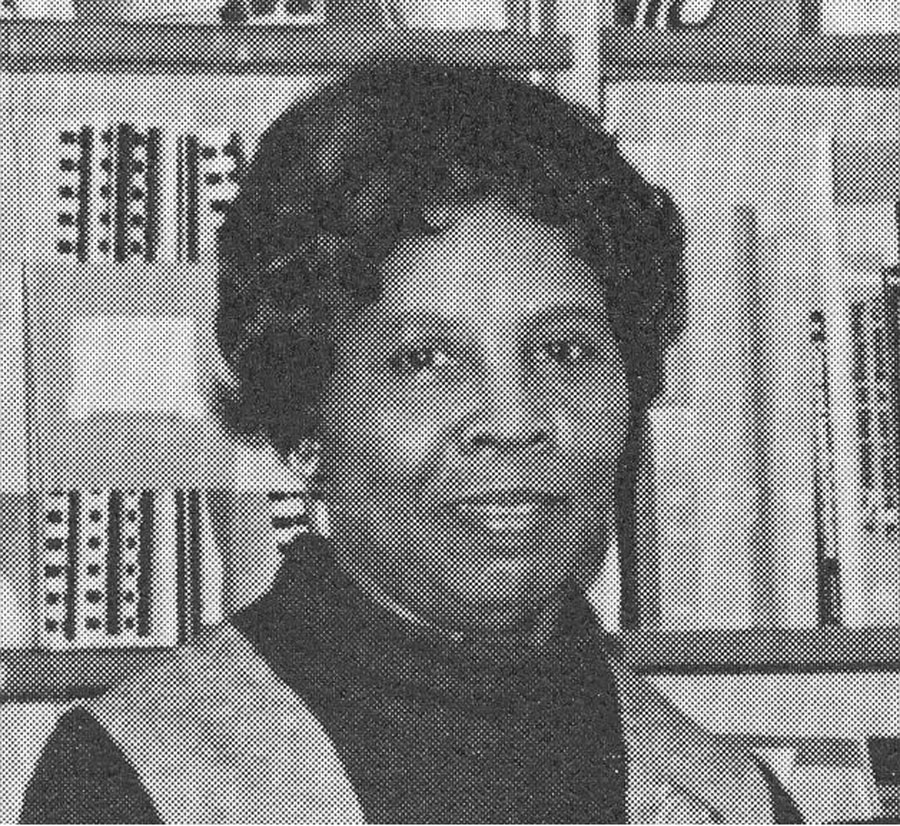 “A former student recalled that when Miss Margaret Gordon stood in the halls of Jacox Junior High School she could silence the students with a glance.

“She was tough; she was good. She was known as ‘Warden Gordon’. But everyone admits she was one of the best administrators in the city.”

This was an excerpt from a March 31, 1982 edition of the Norfolk Journal and Guide entitled “Retired Administrator Remembers Past: One of the City’s Best: Margaret L. Gordon,” by Alfreda James.

To this day there are Norfolk residents who recall Gordon, who was a long time educator/administrator in the Norfolk Public Schools during the time of racial segregation into the era of desegregation in the late 60s.

Among her many achievements: the first female secondary school principal of either race in the city’s history, at Jacox Junior High School when it first opened in 1949.

She was the first in many areas. “She set the standards for women, educators, administrators and civic involvement,” said Lula Sears Rogers, who attended Jacox in the mid-1950s. “She was strong and a disciplinarian as principal. I made sure I did not do anything wrong at that school, and everyone else did too.”

Gordon was born in Norfolk’s Huntersville neighborhood. Her father Daniel D. Gordon died before her birth. Her mother was Mary E. Gordon.

She graduated from Booker T. Washington High School with honors and received her Bachelor’s degree from Virginia Normal and Industrial Institute (now Virginia State University). She was the President of her Freshman class.

After two years of undergraduate work, she applied for a teaching job at a number of locales, and acquired one back home in Norfolk.

The city did not require a full four-year college education for its primary school teachers at that time. Most educators finished their final two years in summer school.

By 1948 she became principal of R. A. Tucker Elementary School.

On the first days of class at John T. West School, according to the GUIDE article, Gordon called the class roll.

She said that none of the students answered. She asked a little first grade girl “What’s your name?” The child answered ‘Sugar.” And so on.

The children had never used their formal names and the new teacher was faced with the situation of determining the proper names of each child.

Then came World War II (WWII) and she was charged with rationing.

During WWII the federal government controlled the distribution of food items with ration books and coupons.

Gordon’s handling of the ration books attracted the attention of a school supervisor and in 1944 she was promoted to head teacher of Douglass Park Elementary School.

Also during WWII she was President of the Professional Women Volunteers of the local USO on Smith Street in Norfolk. She was a member of the First Calvary Baptist Church where she was teacher and leader of Girl Scout Troop No. 21.

Her next assignment was J.J. Smallwood Elementary. There she established a school lunch program, one of the first in the city in the segregated Black schools.

Gordon found people who resided in the area who were willing to prepare meals and with the permission of the school board, she converted the school’s basement into a lunchroom.

“I guess I did a lot of crazy things,” Gordon told the GUIDE reporter, recalling the time she ordered the destruction of antiquated school furniture before the arrival of new desk sets.

Improvements!! Gordon, according to the GUIDE article, always entered a school to make improvements.

The Smallwood children needed a lunchroom, a workshop, and an organized library. And Gordon worked to see that her school received the necessary improvements.
But who was Margaret Gordon? the article asked.

Hortense Wells (who is deceased), then a member of Norfolk School Board cited Gordon as an important influence in her career.

“I remember I was quite reluctant to become a guidance counselor,” she admitted but Gordon convinced Wells to make the opportunity.

“She was undoubtedly one of the best principals that I’ve worked with. She was a meticulous, compassionate but a firm disciplinarian,” according to Wells.

Others agree. Thomas Newby, (now deceased), Principal of Booker T. Washington High School began his career with Gordon, She “sensitized me to being professional at all times,” said Newby. “She was a lad who kept you on task.”

In 1957 the city began to use television in the classroom. It was an experiment and Newby was only in his second year of teaching. Yet, Gordon selected him to organize one of the social classes.

But Newby readily admitted that he owed his administrative skills to the leadership of Gordon.

When the Jacox school first opened, it was overcrowded, according to the GUIDE article, because it was both a junior high and an elementary school.

Thus Gordon and her faculty and staff had to be very creative.

“We were certainly overcrowded in those days” Gordon recalled for the article. “The solution? Team teaching. One person taught; another graded papers; and another gave a presentation.”

During the days of Jim Crow segregation, none of Virginia’s Black colleges had post graduate programs. African-Americans could not attend graduate school at any White college or university.

So Virginia, like other southern states, paid the tuition of Black graduate students to attend school in the North, often at some of the most prestigious institutions in the nation.

Most Black teachers in the city’s public schools who taught at the junior and senior high levels, were far better degreed than their White counterparts.

As a member of the Historic First Baptist Church on Bute Street, she wrote the church’s first history book and set up its archives room.

Gordon was a member of the Alpha Kappa Alpha, a trustee at the First Baptist Church Bute Street and on the Board of Directors of the Norfolk Community Hospital.

She died in 1997 at the age of 72 and is buried in the historic Calvary Cemetery in Norfolk.