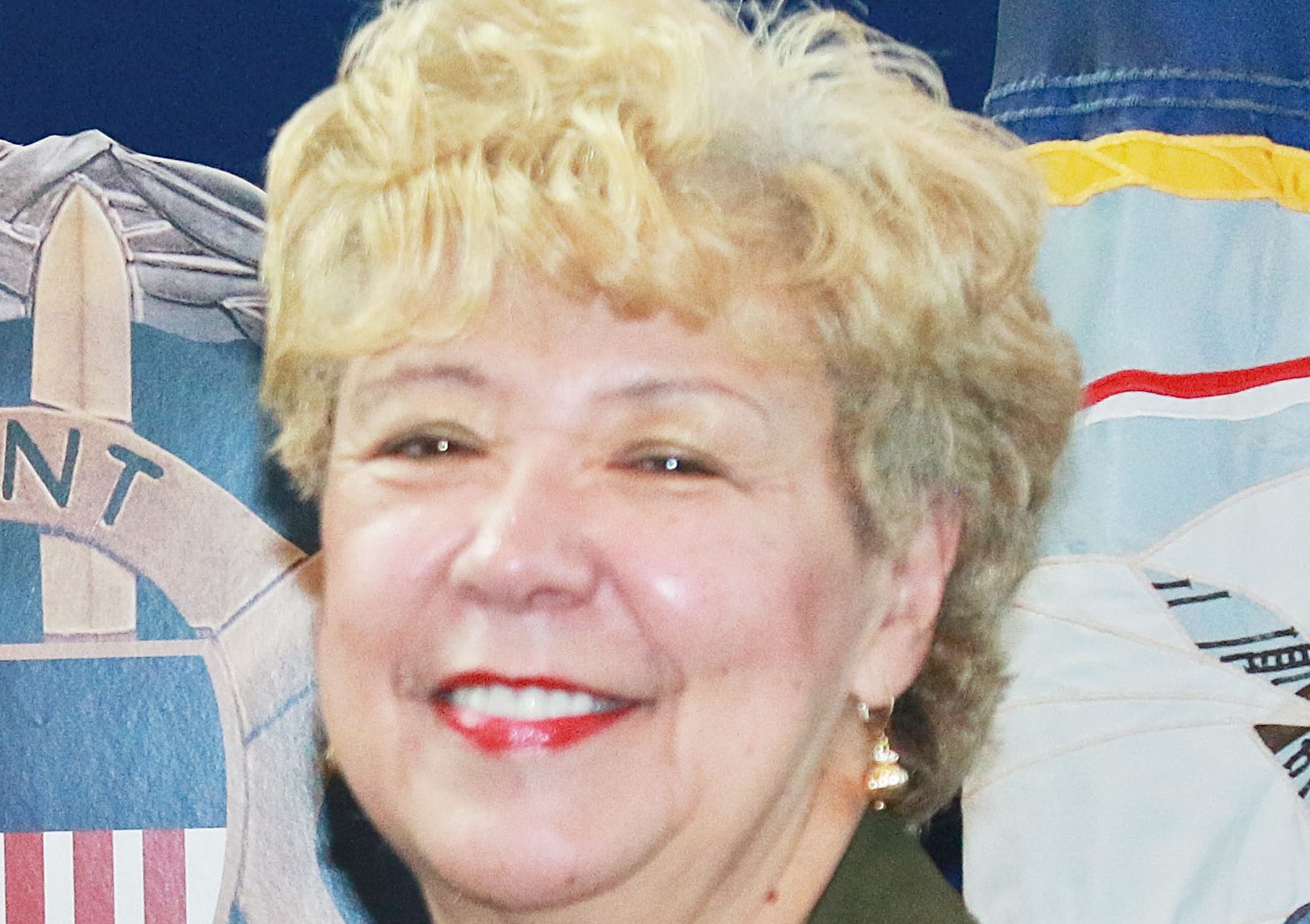 Rev. Samuel Cornish launched the first newspaper for people of color in 1827; so, would he scroll through today’s newspaper websites and smile, like the proud parent who sees traces of himself in his adult child?

The problem is Cornish died in 1858 at age 63 in Brooklyn, N.Y., about three decades after he launched the Freedom’s Journal in Brooklyn in 1827 with his partner John Brown Russwurm. This was about 163 years before scientists launched the World Wide Web in 1990. The point is like a seasoned parent urges a grown struggling child to prevail over adversity, would Cornish scroll through multiple websites that are operated by the Black Press, which is celebrating its 190th birthday this year? In other words, would he tell the enduring industry to hang in there? Who knows?

Today the entire newspaper industry is as challenging as it was when Cornish stepped down as senior editor in less than a year, accepted a job as educator, but returned two years later because the newspaper had declined and shifted away from its original mission. “We wish to plead our own cause,” Cornish, a free man, a minister and an abolitionist said in a trademark quote. “Too long have others spoken for us.”

This means the Black Press, which Cornish co-founded, is celebrating its 190th anniversary, at a time when many newspapers nationwide are shuttering their doors.

According to the Pew Research Center, newspaper circulation, print and digital combined, fell another 7 percent in 2015, the greatest decline since 2010.

Meanwhile, the newspaper industry has cut 10 percent of its staff in the past two decades (which adds up to about 20,000 positions). And 65 percent of all digital ad revenues are going to social media companies such as Facebook, Google, Yahoo and Twitter. Weekday circulation fell 7 percent and Sunday circulation fell 4 percent, both showing their greatest declines since 2010.

“The biggest challenge I see today to the Black Press is helping current and future generations of Blacks value our mission and accept the torch of leadership,” said Andrews, who has risen through the ranks during her 35-year tenure, and serves as the CEO and president of the New Journal and Guide, which is considered one of the nation’s most researched Black newspapers.

Wedged next to landmark publications like The Atlanta World, a daily newspaper that was launched in Atlanta in 1928 by the Scott Family, and The Baltimore Afro American, a weekly which the Murphy Family launched in 1892, the New Journal and Guide was launched as a newsletter in Norfolk in 1900 by the Supreme Lodge Knights of Gideon, a Black fraternal order.
It became a full fledged newspaper in after the newsletter was purchased in 1907 by its editor P.B. Young, Sr., who became the driving force in the paper’s history until his death in 1963.

Despite the challenges that the newspaper industry is facing nationwide, in other words, the New Journal and Guide, a 117-year-old weekly headquartered in Norfolk, still embraces Cornish’s vision. Specifically, Cornish said his aim was to publish the news “without white bias against … African-American news. Too long have the public been deceived by misrepresentations, in things that concern us dearly.”

Andrews listened and nodded her head in agreement, “It is a mission that, at times, can seem like making bricks without sand; tying shoes without strings; pulling yourself up by your bootstraps without boots,” she said. “Black newspapers tend to be underfunded, understaffed, and undervalued, often by the very people the press exists to support.”

She added, “But for me, it is a personally fulfilling mission that has been guided for the past 35 years by deep spiritual faith in God.”

Zeroing in on several relentless challenges that the Black Press still faces, Andrews said, “Advertising and circulation are the two-main means that all media rely upon to exist. All Black media have never received even a minute share of available advertising dollars from Black or white businesses, from local, or state or federal governments, and especially, from corporate America which spends billions to promote its products and services to Black citizens, but not through the media that represent this market.”

She added, “The challenges are ongoing and have not changed over the years.”

Still, the newspaper that Cornish and Russwurm launched 190 years ago, has steadily birthed more newspapers for readers of color. According to the 1999 documentary by Stanley Nelson, The Black Press: Soldiers Without Swords, “Between 1827 and 1861, when the Civil War began, some two-dozen Black-owned and operated newspapers were founded in Northern cities.”

Whether it was early newspapers such as The North Star that Frederick Douglass launched in 1847 or the wildly successful Chicago Defender, which Robert Abbot laid out on his landlord’s kitchen table in 1905, both newspapers found receptive audiences.

Douglass’ newspaper The North Star was four pages long and sold by subscription at the cost of $2 per year to more than 4,000 readers in the United States, Europe, and the West Indies. Abbot’s newspaper, meanwhile, thrived but new laws banned Black newspapers from being delivered to readers in the South. Abbot solved the problem by recruiting Pullman porters, who tossed bundles of newspapers from trains into waiting arms in the South.

This means that while the Black Press is busy arranging 190 candles on its birthday cake, Andrews is heading a 117-year-old newspaper that has witnessed, but also survived the good, bad, and ugly.

Once the largest employer of Blacks in the South, the New Journal and Guide newspaper has weathered two World Wars; severe economic storms, including the Great Depression of the late 20s through and beyond the devastating 2008 recession; and a Chapter 11 bankruptcy in the late 80s. It has published despite sharp overall industry declines in circulation nationwide. Editor & Publisher’s Data Book, for example, listed 126 fewer daily papers in 2014 than in 2004.

Andrews said, “Black newspapers have been challenged to defy the odds of survival despite being short on capital and human resources. To keep aiming for a position of thriving, for me, requires immense faith in the destiny of Black America and a passion to ensure the American Story includes the perspective of its Black Citizens.”

But the Black Press’ challenges have not overshadowed its successes. For example, Andrews was among a group of National Newspaper Publishers Association (NNPA) members who met with President Barack Obama in the White House during his inaugural years. The newspaper she heads has received numerous awards. It holds membership on several local boards. It co-sponsors many local events, and continues to survive and thrive because it unflinchingly eyes its past and future. In June 2018, the New Journal and Guide will host the summer NNPA convention in Norfolk at the city’s new Main Hotel.

Andrews said, “The Black Press began and continues as an advocacy press, founded as an advocate for justice, equality and fairness in the treatment of people of color as full American citizens.”

Andrews continued, “This industry, the oldest Black business industry in America, began 190 years ago, in 1827 with Freedom’s Journal. Then, Blacks in America were not citizens; most were legally enslaved and forbidden by law to read or write. The first publishers – John Russwurm and Rev. Samuel Cornish wrote in the first edition of Freedom’s Journal on March 16, 1827 that “others have spoken too long for us; now we wish to speak for ourselves.”

Shifting from the past to the future, Andrews said, “Black newspapers must now reach today’s generation of young journalists, marketing firms, business leaders, and readers who do not remember, identify with, nor been informed on conditions spurred by the overt segregation and racial discrimination that fostered the growth of the Black Press.

“For as long as there is a racial divide in America that can be identified by stark disparities in areas such as health, education, housing, employment, wealth, etc., there will be a need for the Black Press to highlight and tell those stories from the perspective of being Black in America.”

Andrews added, “The biggest challenge then which is being met by the New Journal and Guide and many other Black newspapers becomes expanding our historic print media dominance to incorporate the changing ways people are gathering information and news through television programming, the internet, social media and other technologies beyond print.”

Obviously Cornish was not standing nearby and offering this offspring an appreciative pat on the shoulder. But, the newspaper that Andrews heads continues to mirror the one that Cornish launched 190 years ago, because well, racism is still complicated. But the Black Press has never shied away from controversial and complicated issues.

“Black newspapers (still) seek to represent and serve,” Andrews explained, listing some of the Black Press’ current goals. “It aims to attract and engage a younger audience, sponsor community forums that will educate audiences about the issues we address weekly,” she said.

“It aims to work with students at all educational levels to increase its audience share. It aims to lend support to uplifting community development programs and organizations, and invest in the people our newspapers serve.”

If Cornish were still around, well, he’d probably smile.