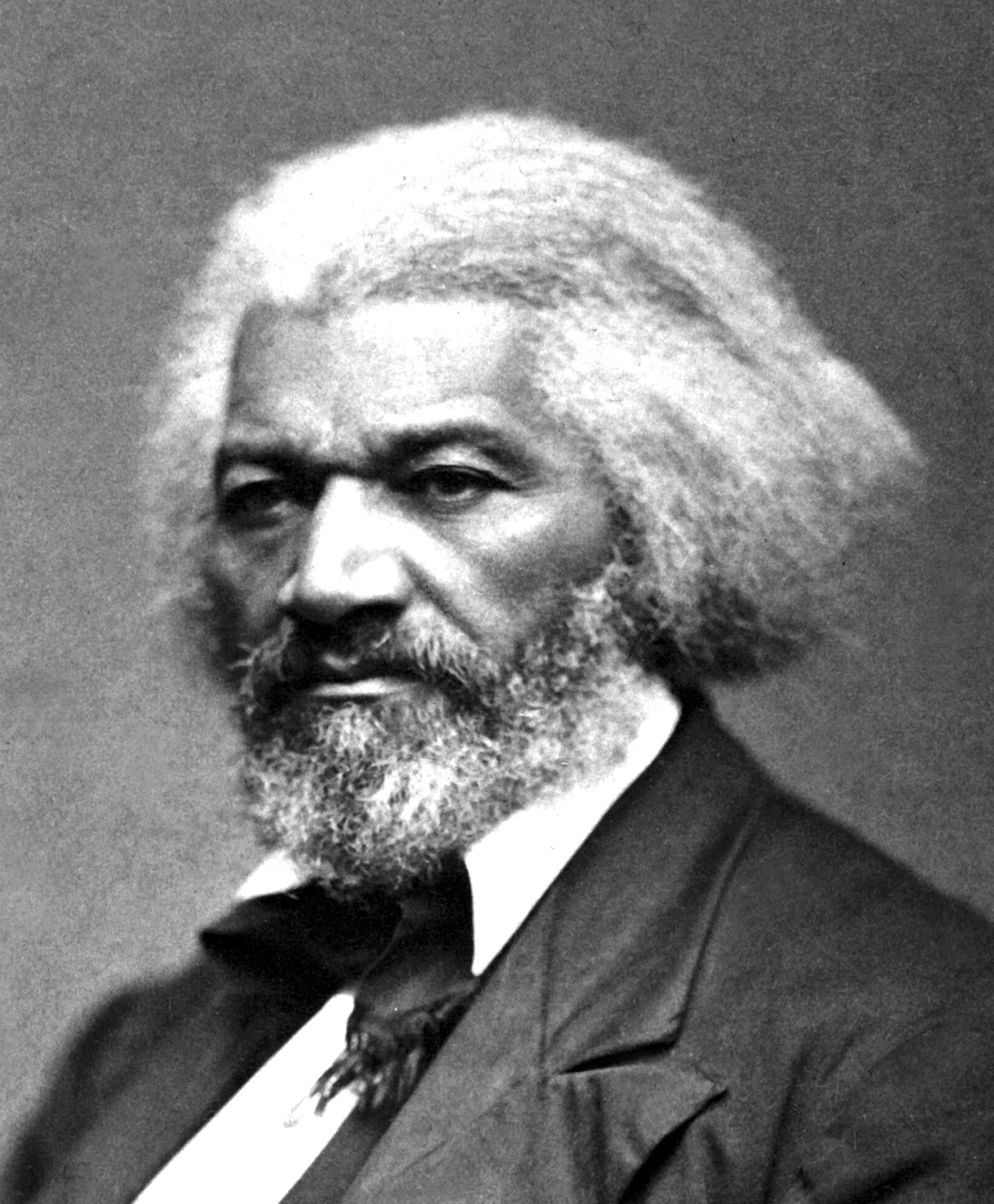 On July 4, the nation will celebrate the 246th anniversary of its independence from Great Britain.

But a growing number of African and Native Americans have declared they are not inclined to do so. Lingering evidence of socioeconomic inequality impacting African Americans, specifically, has spurred many activists and progressives to believe freedoms promised by the Declaration of Independence and the Constitution still do not apply to them fully.

In 1963, during his great “I Have a Dream Speech” Dr. Martin Luther King, Jr., spoke a similar message.

He described the “promissory note” of promised freedom for Black Americans was returned marked as “insufficient.”

Today, many African Americans who believe the nation’s idea of equality is yet to apply to them refer to a speech abolitionist and orator Frederick Douglass made in 1852 as the benchmark of their beliefs.

It was called “What To the Slave Is the Fourth of July?”

In 1852, Blacks in America were still enslaved. They had no constitutional rights and protections enjoyed by whites.

In the early 1850s, tensions over slavery were high and many feared a civil war. Black people were not citizens and had no rights.

A firm example of the flaws of American Democracy at the time was in 1857 when the U.S. Supreme Court issued its infamous Dred Scott Decision which said a Black man or woman had “no rights a white man had to respect”, including seeking freedom.

Nathan Richardson for the past eight years has been performing an interpretative representation of Douglass.

He appears donning the dress, familiar beard, and hairstyle of the famous orator in over 70 events a year.

He admired Douglass’s character ability to escape Maryland and acquire his freedom and to return to the states after traveling to Great Britain.

He adores history and Richardson says he wants to educate current generations about the life and work of Douglass.

Richardson, who lives in Hampton Roads, has and will continue to address the debate over Douglass’s “What To The Slave Is the Fourth of July?” speech during his appearances in the coming weeks.

“That speech is not Douglass’ best speech,” Richardson said during an interview with the GUIDE last week. “The speech he made after the Dred Scott Decision was the best in my view.”

Richardson said that initially, Douglass rejected an invitation to deliver an Independence Day speech before the Rochester Ladies’ Anti-Slavery Society, a short distance from his home at Corinthians Hall in Rochester, New York.

“When he finally agreed, he agreed to make the speech on July 5,” said Richardson. “I studied the speech and noted how brilliantly he set the audience up for the true theme of it.”

Richardson said “he complimented the forefathers, who wrote the Declaration of Independence in 1777 and ratified the Constitution, instead of denouncing them.”

“Fellow Citizens, I am not wanting in respect for the fathers of this republic,” Douglass said. “The signers of the Declaration of Independence were brave men. They were great men too — great enough to give fame to a great age. It does not often happen to a nation to raise, at one time, such several great men. “They were political leaders, patriots, and heroes, and for the good they did, and the principles they contended for, I will unite with you to honor their memory.

“Prayers are made, hymns are sung, and sermons are preached in honor of this day; while the quick martial tramp of a great and multitudinous nation, echoed back by all the hills, valleys, and mountains of a vast continent, bespeak the occasion one of thrilling and universal interest — a nation’s jubilee.”

Then, said Richardson, he brilliantly turned the argument when he said that “the forefathers and their ancestors’ practice of Democracy were atrocious”. Douglass said, “They were men who decided not to accept the bondage imposed upon them. But they were building an America that was not upholding Democracy.”

Douglass continued, “But, such is not the state of the case. I say it with a sad sense of the disparity between us. I am not included within the pale of this glorious anniversary! Your high independence only reveals the immeasurable distance between us. The blessings in which you, this day, rejoice, are not enjoyed in common. — The rich inheritance of justice, liberty, prosperity, and independence, bequeathed by your fathers, is shared by you, not by me. The sunlight that brought life and healing to you, has brought stripes and death to me.

“This Fourth [of] July is yours, not mine. You may rejoice, I must mourn. To drag a man in fetters into the grand illuminated temple of liberty and call upon him to join you in joyous anthems, were inhuman mockery and sacrilegious irony. Do you mean, citizens, to mock me, by asking me to speak today?”

Richardson said at the time of the speech, people believed Douglass was critical not only of the Founding Fathers but also the Constitution.

Richardson said he and other historians up to this day say that Douglass believed the Constitution was not a flawed document. But rather the inability of the Forefathers, and now their descendants, to impose full Democracy for all people was so.

Richardson said Douglass came to this conclusion by reading the Constitution himself.

“Remember slaves were not allowed to read—the Bible or the Constitution,” he said. “In fact, the famous Abolitionist William Lloyd Garrison criticized the document as flawed. After Douglass read and studied it himself, he found a different conclusion.”

Richardson said that Douglass became the most noted Black Abolitionist before the Civil War.

Historians said he did not think much of President Lincoln because of his ambiguous views on slavery. But he prodded Lincoln to adopt policies such as the Emancipation Proclamation and Blacks serving in the Union Army.

Richardson noted the 13th, 14th, and 15th Amendments to the U.S. Constitution, were ratified by the states after the Civil War. Respectively they ended slavery; granted every citizenship upon birth and equal protection under the law; and gave men the right to vote.

Richardson said those Reconstruction measures were progressive. But white resistance enticed the High court to issue the Plessy Vs. Ferguson edict ushering in Jim Crow laws and pausing the forward pace of Black people.The landmark Decision in 1896 legalized the separate but equal doctrine that would continue until Brown vs. the Board of Education in 1954.

Richardson said, the modern Civil Rights Movement and application of the 14th Amendment via the courts fostered the Brown Decision, the Civil and Voting Rights Acts of the mid-1960s, and other policies assuring equal treatment under the law.

The January 6 (2021) assault on the U.S. Capitol and the Trump Administration’s effort to retain power after the 2020 election has placed Democracy and constitutional protections of African Americans, women, and other marginalized groups at risk.

A renewed Civil Rights movement fueled by the killing of George Floyd led by Black Lives Matter (BLM), the attacks on the Voting Rights of Blacks in Republican-led states, and the recent high court decision striking down Roe Vs. Wade should renew support of the Constitution’s theme of Democracy.

According to Richardson, Frederick Douglass believed there were two constitutions, a literal constitution on paper and the other embodied by the people. When the people are civically engaged, they bring the American Constitution to life.

“It was not pro-slavery,” Richardson said. “We should support Democracy and the Constitution, which spells out the great ideas of Democracy. Slaveholders in the North and South used the Bible to justify slavery? Should we denounce it?”

Richardson said that Americans have become increasingly “uncivil” — ignorant of their history or government operations.