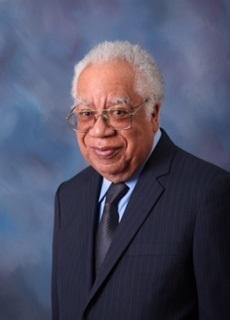 IRVINE, CALIF.
Psychologist and activist Joseph L. White – whose trailblazing work revolutionized the way African-Americans are understood in psychology and was affectionately referred to as the “godfather” of his field by students, mentees and colleagues – died Nov. 21 at the age of 84.

At the height of the Civil Rights Movement, White emerged as a powerful voice of change: challenging psychologists to understand better the unique experiences of ethnic minorities. He is widely considered a pioneer in the contemporary field of Black Psychology and, in 1968, he helped found the Association of Black Psychologists (ABPsi).

His seminal article in Ebony magazine in 1970, “Toward a Black Psychology,” also was instrumental in beginning the modern era of African-American and ethnic psychology.

This helped to define and frame the discourse in that field of study. It was that article that earned him the distinguished honor of being forever referred to as “the father of Black Psychology.”

“Throughout his life, Dr. Joseph L. White has stood on the side of social justice, and directed the activities of his psychological and academic endeavors with visions of hope and possibility for transforming dark yesterdays into brighter tomorrows,” said Thomas A. Parham, a past ABPsi president and vice chancellor of student affairs at University of California, Irvine, where White served as a professor of psychology and psychiatry since 1969. “He taught us with his heart and soul, he mentored us, he nurtured us and he guided us, because that is part of the culture he helped create.”

White had argued that the lifestyles of African-Americans could not be understood or explained by using the traditional theories that explain the behavior of white people. So in the 1960’s, he and others set into motion an ethos for Black Psychology that provided a new and revolutionary model that continues to influence African-American cultural and intellectual life to this day.

Joseph L. White was born in Lincoln, Nebraska, on Dec. 19, 1932, and was raised in Minneapolis, Minnesota. He became the first African-American at Michigan State to receive his Ph.D. in clinical psychology in 1961, and in his words, became the first Black psychologist he had ever seen.

During his career, White was a part of the faculty and administration at both California State University, Long Beach and his alma mater San Francisco State University. He later joined the faculty at UCI in 1969. At the time of his passing, he was a professor emeritus at UCI, where he served as a teacher, author, supervising psychologist, mentor, and director of ethnic studies and cross-cultural programs.

White is the author and co-author of several influential papers and books including: The Psychology of Blacks: An African-American Perspective (1990; 1984); The Troubled Adolescent (1989); Black Man Emerging: Facing the Past and Seizing a Future in America(December 1998), and the co-author with Parham and Adisa Ajamu of the 1999 (3rd Ed), and the 2011 (4th Ed) of the Psychology of Blacks books, and the 2006 Edited volume with Michael Connor on Black Fathers: An Invisible Presence in America.

He is survived by his wife Lois White of Irvine, California; three daughters; and a host of beloved family members and extended family.