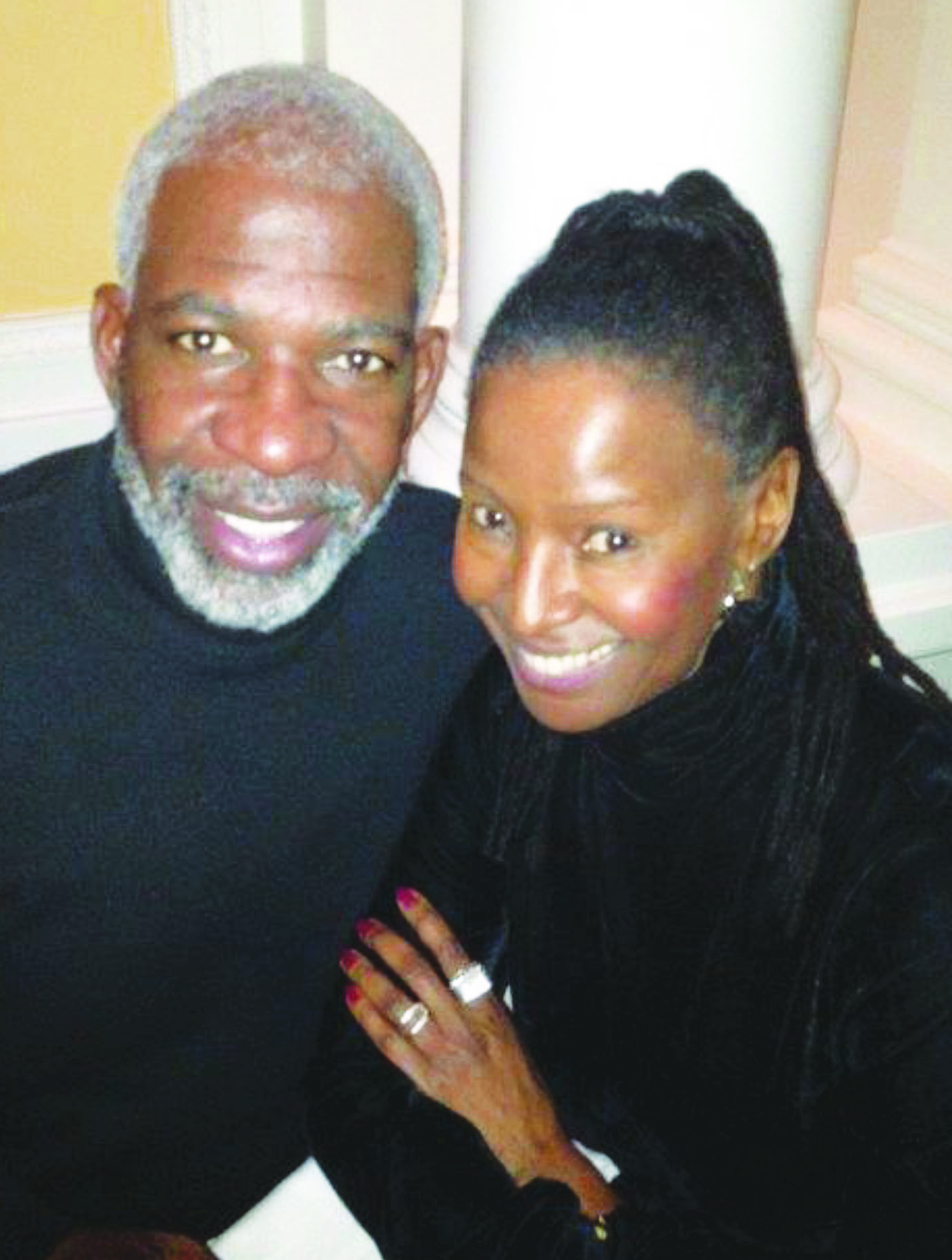 Barbara Elaine Smith is a true American success story. Born in rural western Pennsylvania, B. was one of the world’s first supermodels.
She went on to build a national brand in entertaining and lifestyle, writing three highly-acclaimed cookbooks, launching a nationally syndicated television show as well as a magazine. With her husband, Dan Gasby, she also founded restaurants in New York, Sag Harbor and Washington, DC.
Three years ago, B. was diagnosed with early-onset Alzheimer’s. Rather than endure its deprivations in private, B. and Dan decided to speak out about what they were going through, first on national television, then through their new book “Before I Forget: Love, Hope, Help, and Acceptances In Our Fight against Alzheimer’s.”
Here, they talk about the memoir and the battle against Alzheimer’s.

Kam Williams: Hi B. and Dan, thanks for the interview. First, let me ask, B., how are you feeling?
BS: I’m feeling fine. I know I have Alzheimer’s but I’m fighting it every day as best as I can.
DG: Many people with Alzheimer’s don’t know they have it – and so refuse to accept it. That can frustrate and anger them. We haven’t had that problem, which is a blessing.

KW: Editor/Legist Patricia Turnier asks: Why was it important for you to share your story and what message do you want the public to take away from your book?
DG: Three messages. One, that Alzheimer’s is affecting more people than most of us think. If you ask 100 people in a room do they have someone in their family or do they know someone with Alzheimer’s, virtually all the hands go up. Second, that Alzheimer’s is a 21st Century civil rights issue because women, minorities and the poor are disproportionately affected. And third, we would never want to know that we could make a difference and instead stay silent.

KW: How should the government help?
DG: That, Kam, is at the very crux of our wanting to write the book. We dedicated the book to the US Congress because we know that they can make a difference. Congress built an interstate highway system, they put a man on the moon, through their funding they rebuilt Europe. Now it’s time to rebuild America, from the ground up and the brain down. The bottom line, as for so many problems, is money. The federal government spends billions on medical research to find cures and treatments for cancer, heart disease, and AIDS/HIV. It spends a fraction of that on Alzheimer’s. Is it a coincidence that so far, there isn’t a single drug that can change the course of the disease?

KW: Patricia goes on to say: There are caregivers who have to leave their jobs to take care of elderly relatives. Some have lost their homes and had to go on Welfare. How do you think the government should help these people, financially and otherwise, to take care of their loved ones?
DG: Medicaid and Medicare offer some very limited assistance. But the emphasis is on ‘limited.’ The government has to recognize the scope of this nationwide crisis. It really is a civil rights issue, especially when you realize that Alzheimer’s affects a higher incidence of African-Americans than it does white Americans. All the economic gains of the last half century for African-Americans are at risk.

KW: Marilyn Marshall asks: What is the number one thing you would like African-Americans to know about Alzheimer’s?
DG: That Alzhiemer’s is an 800-pound gorilla in the room, and you have to talk about it. You can’t pray it away. Also, Black Lives Matter, and one of the ways to demonstrate that is through participating in drug trials, so that the right medicines can be given to African-Americans, based on their genetics.

KW: Filmmaker/Author/Professor Hisani DuBose says: My mom is in a nursing home with dementia, so my heart goes out to you both. Dan, I would like to know what you do to comfort and encourage B. when she’s afraid and/or frustrated?
DG: Sometimes, quite honestly, you can’t. It’s like riding in an airplane and encountering turbulence. You have to tighten your seat belts and trust the pilot to find clearer skies. At other times, it’s how you say things, and even your body language. Your loved one can sense your responses, and if you respond negatively it can prolong their sense of anxiety and even depression. So you have to do your best to remain upbeat, not only in what you say but in how you say it. And a hug or the touch of a hand makes a big difference.

KW: Hisani has a question for B., too. Now that you understand what’s happening, what helps you to accept and function with it?
BS: That I’ve always been a positive person, that I know in my heart, if I just work hard and keep a good attitude, I’ll make the best of it.

KW: Babz Rawls Ivy asks: What supports are in place for you, Dan, as the primary caregiver?
DG: For far too long I tried to do it all by myself, and one lesson I’ve learned is that no one can do it by himself. So, we now have a regular caregiver who comes in. I’m also fortunate that our daughter Dana has been a huge help, to relieve me at times when I just need to decompress. And there are resources out there: local resources, state and federal resources, too. We also have a terrific doctor, Howard Fillit, here in New York. He’s an expert in Alzheimer’s, but just as important, if not more so, he’s a gerontologist. He takes me through the various steps I’m dealing with, so that I know what to expect and what’s part of the journey. Gerontologists are few and far between, unfortunately. It’s not one of the better-paying specialties, and it takes a somewhat unusual doctor to dedicate himself to that field and those patients. We could use a whole lot more gerontologists to help families with home care for Alzheimer’s.

KW: Babz has a follow-up: What has been the most unexpected aspect of battling Alzheimer’s?
DG: The fact that people don’t really understand it – how thoroughly it transforms the family member who gets Alzheimer’s. People assume that because B. looks the same as she did, she must be able to process information at the same rate and pace as they can. To be honest, I felt that way, too, for the first two years of her illness. The other thing is that you find out who your friends are, because people will pull away when they have to deal with something they don’t want to talk about – something they’re scared of.

KW: Cousin Leon Marquis has a couple of questions. First, what type of toll has Alzheimer’s taken on your relationship?
BS: He’s still the man I married, and I love him. I think I love him a lot more than I did.
DG: I’d be lying, if I said that there are not tough stretches. But we deal with what we have, not what we had. If you love someone, you appreciate what you have, understanding that in the normal course of life, things do change.

KW: Sherry Gillam would like to know what is the most important life lesson you’ve learned?
BS: I think it’s about looking for the good in people; it always brings out the best in them – and me, too!

KW: Thanks again for the time B. and Dan, and best of luck with the book and the battle with Alzheimer’s.
BS: Thanks, Kam.
DG: Thanks so much for helping us get out the word.