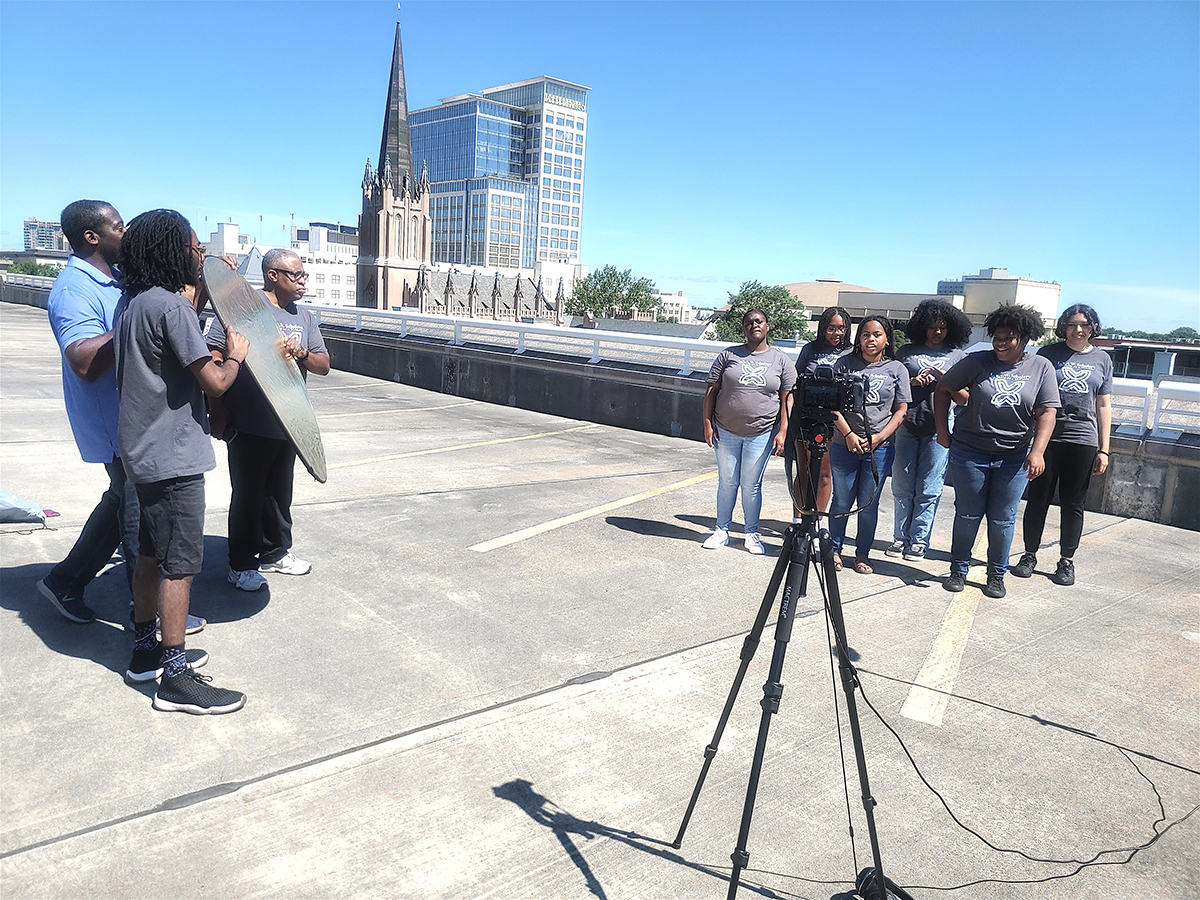 Hampton Roads teens are conducting research and interviews to bring awareness to the disparities within the Black community by creating a documentary. Clever Communities, a nonprofit founded by Starr Armstrong created a program call L.A.A.W.(Literacy As A Weapon) Scholars.

“I’ve been working with youth for a really long time now, Black youth. I noticed that a lot of Black youth do not have a love for self and our culture. I had a room full of Black boys who were talking about why they did not date Black girls and the boy said ‘Black people are wild. White people are normal,’” said Starr.

She said that he was composing what he sees in his neighborhood and not considering the opportunities that other communities have and the lack thereof within Black communities.

“Years later, I came across the book The Color of Law,” said Armstrong.

The Color of Law is a book that demonstrates the disparities among Blacks and how Whites have been given a leg up, while the system was created for Blacks, in a way that would prevent them from building wealth. Armstrong said that the book revealed the length that the government would go to restrict wealth within the Black community.

“I went back to that conversation. I’ll never forget it. I became full time with my nonprofit organization. I started putting together ideas for my organization and funding was an issue. Hampton Roads Community Foundation and Virginia Humanities released a grant called “Beneath the Surface”. We were one of the organizations who received the grant and we received ten thousand dollars. It’s all about timing and not giving,” she said.

“When the child said that, I explained to them social construct and social conditioning. This book is telling you about the new deal and how welfare is not called welfare for whites, but gives them a leg up. We have students ranging from 9th graders to 12th graders,” said Armstrong.

She said that the teens have discussions and one of the things they talk about was how much they wanted to talk about the things that they couldn’t talk about in their schools. The teens are now able to have these conversations with people who have experienced racial disparities firsthand during the interviews that they are holding. Norfolk Public Schools board member, Rodney Jordan and local media personalities have been assisting the teens with their venture.

The Scholars were able to get helpful information from Jordan and the media personalities gave them insight on interviewing and integrity and good questions to ask. The teens started interviews with three women. One interviewee was nervous at first but returned for the interview and explained to the teens that her parents were domestic workers who taught her that speaking out or going against white people could have terrible repercussions for your livelihood.

“Her story was great! The L.A.A.W. Scholars learned a lot and it was good for her as well,” said Starr.

“The Scholars had a show where they were able to come together and learn how to work together. They would share with their audience things that they learned,” said Starr. This aired on clevercommunties.org, Clever Communities Youtube and Clever Communities Facebook.

The Scholars are still conducting interviews with people who have stories of racial disparities. If you or someone that you know is interested in telling your story, please contact Starr Armstrong via email at admin@clevercommunities.org or via telephone at 1-757-918-7879 by September 3, 2021.