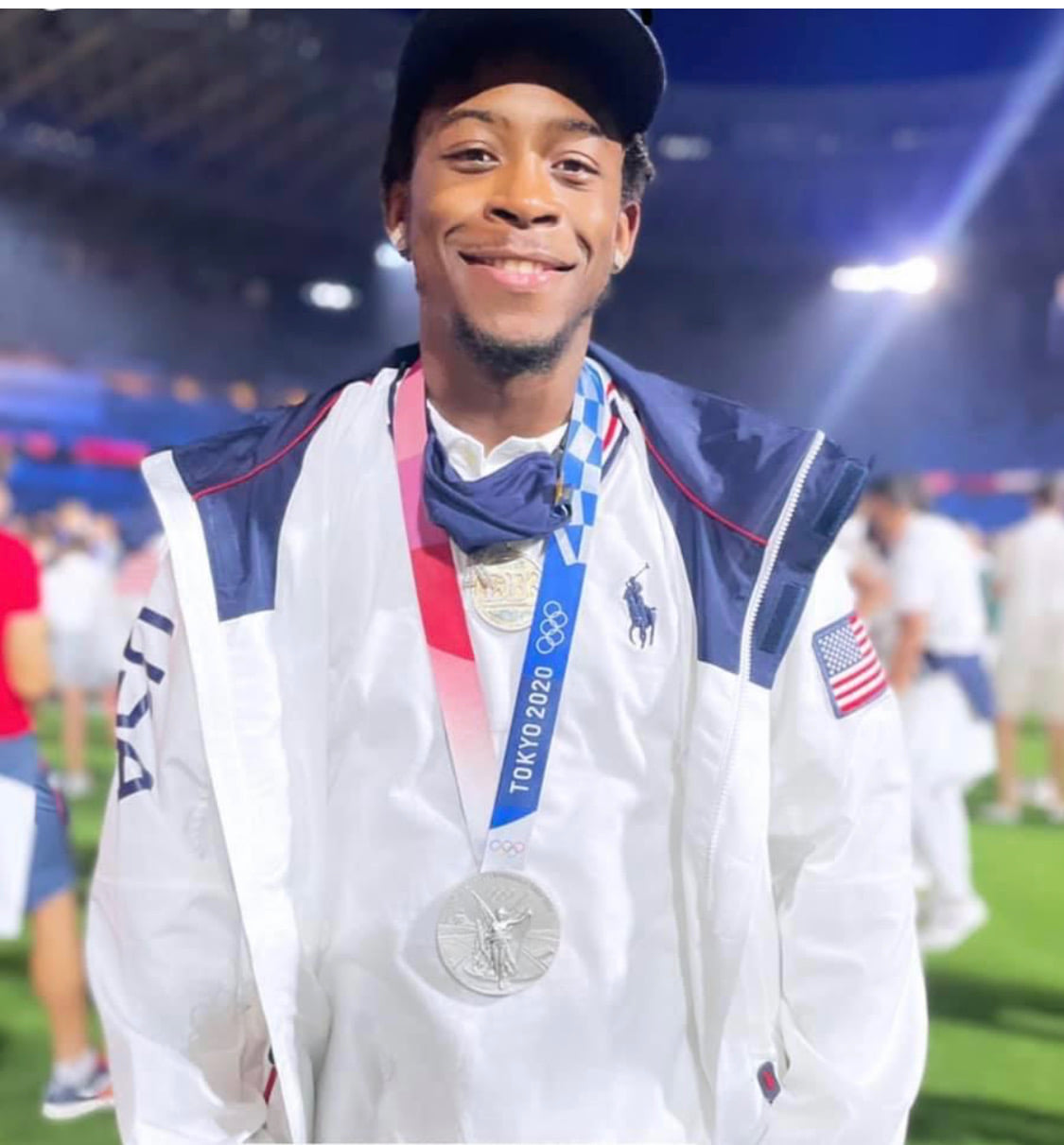 NORFOLK
Norfolk officials and residents welcomed home Olympic Silver Medalist Keyshawn Davis on Aug. 21 at the Lambert’s Point Recreation Center. The city had planned a parade processional from Harbor Park and program at the Norfolk Scope but due to expected inclement weather, the event was changed.

“Norfolk is extremely proud of Keyshawn Davis and his incredible performance at the 2020 Summer Olympic Games in Tokyo,” said Mayor Kenneth Cooper Alexander, Ph.D., in advance of the event. “He made history this summer, not just for our city but also as a member of the most successful US Olympic Boxing Team this century, and we look forward to honoring our champion this Saturday!”

Davis’ boxing journey started thirteen years ago, at age nine, when his mother, Wanda Davis, came to a city gym to inquire about her sons enrolling in the Recreation, Parks & Open Space Team Norfolk Boxing program. The next day, Kelvin, Keyshawn and Keon began boxing. At age 22, Keyshawn went to the Olympic Games with an amateur record of 196-10.

Davis made his Olympic debut on July 24 with a 5-0 unanimous decision against Enrico Lacruz from the Netherlands. On July 30, Davis won his bout against Sofiane Oumiha, the reigning silver medalist, of France. On August 2, he defeated Gabil Mamedov of Russia. During the semifinals, Davis was unanimously named the winner of the bout against Armenia’s Hovhannes Bachov. On August 8, he lost a very close split decision in the final bout to Andy Cruz from Cuba and brought home the silver medal.