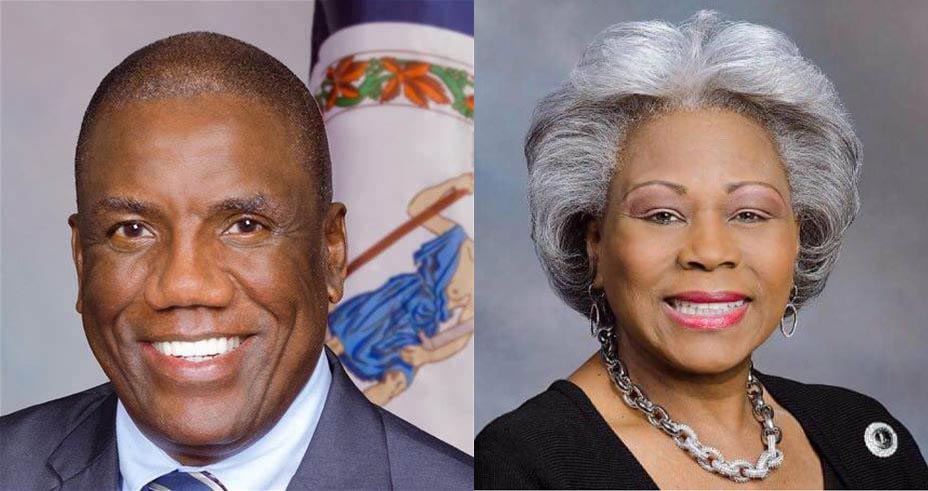 New Congressional and General Assembly districts that were drawn up and approved by the Supreme Court of Virginia will change the state’s political landscape.

Approved by the Virginia Supreme Court on December 28, the once-a-decade redistricting of the districts immediately sent a shock wave through Hampton Roads.

Incumbent Democrat and Republican lawmakers have been spending hours seeking to decipher the new district maps and how they will impact their political careers.

They have also inspired those aspiring to political office with the creation of the new and now unclaimed districts.

This is especially true for various Black lawmakers in the General Assembly. There was a reduction in the number of majority Black House and Senate Districts, when they were merged.

The new maps provide for about seven majority Black districts in the House. That’s down from 18 that existed before 2020 when the redistricting process began.

There were only four majority Black Senate seats before the process; now there are two.

But there is an opportunity in the newly drawn House and Senate districts for Black politicians to run in districts with a high percentage of Black and White Democrats and increase their ranks.

Leaders of both parties and the Virginia State Conference NAACP issued sharp criticism of proposed state redistricting maps. Leaders of the NAACP may be poised to launch a legal challenge against the new 11 Congressional districts, 40 State Senate districts, and 100 House of Delegate districts.

“All options are still on the table,” said Robert N. Barnette Jr., state NAACP president. “Our lawyers are still studying the maps, and we’ll decide after receiving their report. I can say we are generally disappointed.’

By approving the new districts, it puts the districts into play for future primary and general elections, including the 2022 congressional elections this year.

The court said special elections, including the one set for Norfolk’s old 89th District on Jan. 11 caused by the resignation in December of Del. Jay Jones, will be determined by the State Department of Elections.

That decision should come this week.

Jackie Glass, the Democrat, and Republican Giovanni Dolmo will be competing for the seat to replace Jones.

The Court tasked two ”Special Masters” appointed by the respective political parties to draw up the new districts when the new 16-member State Redistricting Commission failed due to a political impasse.

A number of the incumbents were drawn out of their districts and will either have to move to new ones, run in the one where they live or retire.

Twenty of the state’s 40 senators have been paired up – in some cases, tripled up – into single districts, meaning they will have to run against each other, move or retire.

The same is true for 44 of the 100 members of the House of Delegates.

For instance, based on the new maps, State Senator Louise Lucas’s 18th District was redrawn by the courts.

The new 18th District has a tiny slice of Portsmouth and a large portion of Chesapeake.

State Senator Lionell Spruill’s old 5th District which sat mostly in Chesapeake, where he lives, and a portion of Norfolk was completely dismantled and moved northward.

Lucas and Spruill have announced they each will run for the new 18th District in the next State Senate election, setting up a monumental political battle.

Lucas may have an option to avoid the clash. The newly created 17th District is composed of a portion of Portsmouth and other parts of the old 18th District– Ivor, Franklin, Isle of Wights, and other rural communities.

Lucas is the President pro tempore of the Senate now.

Spruill, who chairs some of the most powerful Senate committees, is deemed one of the most effective lawmakers in the region.

In refashioning the State House and Senate Districts, not only were the geographic boundaries changed, so were the numbers used to identify them.

In Portsmouth, Delegate Don Scott’s old 80th Distract has been drawn into Nadarius Clark’s 79th District which was combined to create the new 88th District; so they will have to run against each other.

Clark defeated the old Democratic incumbent Steve Heretick to run for the 79th.

There is a new 91st District which has a Black population of 40,000 compared to 32,000 whites. Depending on the number of voting age minorities, it could be a competitive district for an aspiring Democratic politician.

In Norfolk, Angelia Williams Graves, who was elected to represent the old 90th District now sits in the new 92nd District.

The 89th District, which Jay Jones represented until his resignation, is now the 93rd District.

Jackie Glass, who is running in a special election on January 11 to fill the 89th seat, lives in the Ballentine neighborhood of Norfolk which was drawn out of the 93rd District. So, she may have to find an address a short distance from her home to qualify to run in new 93rd District.

One of the most intriguing outcomes of the new maps is the creation of Senate District 21, which covers all the city of Norfolk.

Norfolk is a Democratic stronghold. Several high profile politicians who already hold office and some newcomers busily crafting plans to run for it.

State Senator Mamie Locke’s 2nd District is now the 23rd District, which gives her most of Hampton and a slice of Newport News.

Delegate Cliff Hayes who represented District 77, was drawn out of that one. The new 91st District does not include his home address, which sits several blocks from its boundary line.

The 3rd and 4th Districts which are held respectively by Congressmen Robert Scott and Donald McEachin are considered safely Democratic.

The bipartisan Redistricting Commission was approved by voters in 2020, and composed of equal numbers of Democrats and Republicans who were tasked with redrawing the new district lines based on the 2020 census numbers.

But infighting caused the process to result in a deadlock as the both parties sought to protect their incumbents and political advances due to changes in the populations in the past decade that favored Democrats.