If you reside where Dungee and Washington Streets intersect in Norfolk’s Huntersville community, there have been few options for a long time to walk a short distance to buy food items.

The neighborhood is home to a mix of both low and middle income families and individuals.

But despite the mixture of incomes, Huntersville and adjacent majority Black neighborhoods are called “Food Deserts.”

In any direction, residents have to walk or drive a few miles to the nearest site to buy affordable and fresh fruits, veggies, and other food items.

year ago. Except for Dollar General Stores, or a 7-11 and smaller “corner store” which sit at distance, there have been no other nearby options if you didn’t have reliable car transportation or lived near a bus route.

So on August 21, Jeffery and Sonya Turner, after months of considerable planning, plastering, praying and support from family, friends and well-wishers, oversaw the official grand opening of Turner’s Market at 1500 Dungee Street.

The 2400-square foot, two-story structure was once home to Thomas’ Market, before it closed several years ago.

According to the Turners, half of the site, the bottom floor, will house the family-owned and operated small grocery market.

On the top floor, there are plans for a computer lab and meeting and program space for neighborhood youths and the general community.

The store will not sell alcoholic beverages of any kind nor cigarettes.

“They ask…how will you make a profit…if you don’t sell either,” said Jeffery Turner. “I know it will take a while to break even on our investment. Profit is important. But how can you tell children to stay away from drugs and alcohol and you are selling it to their parents and other adults?”

Turner believes in time he will get a return on the considerable monetary and personal investments he and his family have poured into the small enterprise.

He said Turner’s Market could be a birthplace and inspiration for support and investment for an additional and larger grocery outlet in Huntersville, which larger retail and grocery chains avoid.

During the heyday of the Thomas’ Market, patrons relied on it for a few soul food staples such as the beloved turkey wings.

Turner continues providing that urban stable as well as wings and oxtails among other delicacies.

As time moves on and resources become available, the Turners said they will expand their list of merchandise and customers will have reliable competitive if not lower prices compared to nearby stores.

The financial weight of purchasing the old building and securing funds to renovate it was carried by the Turners.

looking for additional funding for the market, Turner said.

There has not been any assistance from the city thus far.

Norfolk city leaders have been busy seeking to devise a plan to plant grocery outlets in Huntersville and other sections of the city’s urban core deemed food deserts.

Noting how the city has helped with the financing of the new Berkley Supermarket, Turner has reached out to the Norfolk Development Department for ideas and resources to bolster his position.

But he said friends and family have been the foundation of support for this operation since last November when preparation for the recent opening began in earnest.

“We have been blessed with the community, friends, and family helping us make this happen,” said Sonya Turner. “They know we are sincere in wanting to give back to the community. They are excited about having us here.”

Jeffery Turner was born in Southhampton County. He said his mother moved to Berkley in 1965.

“I was raised in Norfolk and was familiar with Thomas’ Market and this area for years,” he said. “I used to go from door to door selling the Journal and Guide in Berkley under Mr. Horace Downing. So I know the importance of serving the community.”

Sonya Turner, born in the Park Place neighborhood and an employee with the Norfolk Circuit Court Office, is in step with her community-minded spouse.

When her husband was involved with a youth sports league in the Kingston section of Norfolk, she cooked up and served snacks for the kids, filled the cooler, and lent him support in various ways.

“A lot of those children did not know where they would get their next meal,” said Sonya Turner. “Those cupcakes eased their hunger pains for them. I love supporting the kids That is important to us.”

Before the market officially opened on August 21, Jeffery Turner recalled the contributions of his offspring in making that day a reality.

Jeffery Junior provided funding and sweat equity during the renovation of the site.

Marquis lent his technical skills to install the electronics for security and other purposes. He and his wife Aleicha Turner helped with the pricing and stocking the shelves

Kristopher “handed over” $1500 of his own money to help buy stock for the store. Trisha Turner Williams provided promotions and ideas including designing the store’s logo; and Janice provided technical help.

The siblings and their parents rotate stocking servicing and checking out customers.

“People asked me why did I open a store in this neighborhood at this time,” said Turner, 57. “This area is a food and retail desert.” 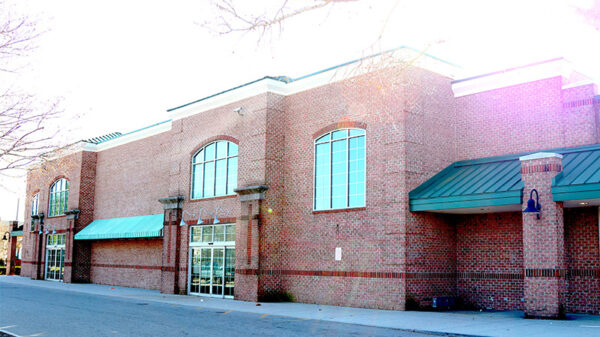