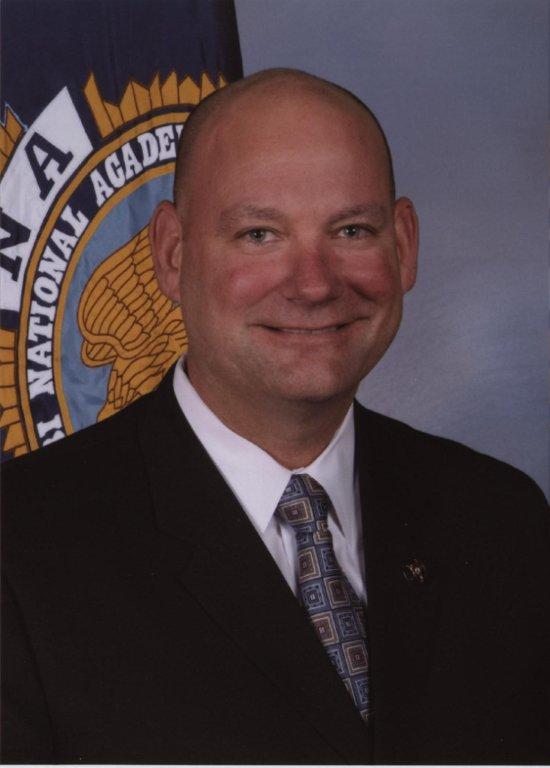 Chesapeake’s Sheriff Jim O’Sullivan has spent his life since age 1 as a resident of the Hampton Roads area. He was born in 1966 in Montgomery County, Maryland and moved here at the age of 1. He has resided in the City of Chesapeake since 1991.

Just shy of 7’ tall, it’s near impossible to miss Sheriff O’Sullivan in an audience of people or in a photo. He is married and has three children.
Sheriff O’Sullivan began his law enforcement career in 1991 when he joined the Virginia Beach Sheriff’s Office. A move followed in 1992 to the Chesapeake Sheriff’s Office where he progressed through the ranks. On October 1, 2012, he was sworn in as the city’s Sheriff.

The Sheriff received his Bachelor’s Degree in Behavioral Science in December 2008 from Bluefield College in Bluefield, Va.
He advanced his law enforcement career development when he graduated from the 35th Session of the Chesapeake Police Academy in Chesapeake in August 1995. In November 2000, he was approved as an Advanced Certified Examiner from the National Institute for Truth.

In June 2008, he was accredited as a Certified Jail Manager by the American Jail Association and in April 2010, he graduated from the Chesapeake Leadership University in Chesapeake.
His professional development and training include graduation from the 248th Session of the FBI National Academy in Quantico, VA in April 2012. He also is a June 2010 Graduate of the FBI Law Enforcement Executive Development (LEED) in Quantico.

How many people constitute your immediate family?
My wife Jenny; and two sons Dillon, age 26 and Jake age 18; and my daughter Kasey, age 16 .

What piqued your interest in law enforcement?
I believed it would provide me with the greatest access to serve my community.

What is your greatest challenge as Sheriff?
Balancing a tight budget through years of reductions while maintaining the same level of exceptional service.

What do you believe you bring to the office that is uniquely you?
My upbeat daily drive to always do the right thing while maintaining a positive attitude during all situations.

What does community outreach mean to you as Sheriff?
Community outreach is paramount for my Office. We always need to be active and supportive of our community to establish the relationships needed to be aware of the needs and concerns of our citizens and to enable us as partners to get through all circumstances.

What do you do to relax and get away from work?
I love to spend time with my family. We love to be active with basketball, golf and fishing. We also love to hang and just enjoy each other’s company.

If you were not Sheriff, what might you be doing?
Contractor building and flipping homes.

What is one thing that few people know about you?
I used to be terrified to speak in front of people.

How do you start your day?
With a smile.

What have you learned in your position as Sheriff?
The position of sheriff is bigger than the individual and as Sheriff you always need handle yourself accordingly.

What are you passionate about?
Protecting our seniors and mentoring our youth.

Person who influenced you the most?
Mom

What do you hope to accomplish in 2016?
Work with our legislators and local leaders to provide better services for our mentally ill population.

Growing up, were you usually the tallest kid in the picture? How tall are you today?
I’m pretty sure I’ve been the tallest one in the picture since I was in the delivery room!! I’m 6’6”, but I’m still waiting to go on another growth spurt!

Is there some place you would like to visit that you have not been?
I would love to take a few weeks and visit Alaska.