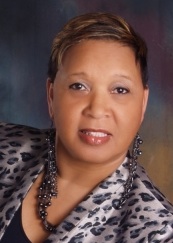 Three generations have worked to display the soothing and comforting atmosphere that Patricia Fitchett Baker and her family show inside of Fitchett Funeral and Cremation Services, located at 1821 Liberty St.
The Berkley landmark was established more than 80 years ago by her grandfather, Charlie Samuel Fitchett, who was later joined by his two sons, the late Nathaniel Fitchett and Floyd E. Fitchett Sr. A nearby street sign bears the Fitchett name.

Poised between the future and the past because a lot has changed since her grandfather launched the family-owned business in the 1930s when funerals cost about $15 for adults and $10 for children, according to the 1918 book, The Modern Cemetery. For example, horse-drawn carriages moved grieving families over bumpy dirt roads. Morticians laid the deceased on a “cooling board” and had to provide ice for the “cooling board.”
But the third generation is operating in a different era.

Nationwide, bereaved families are increasingly choosing cremation over burial in the $17 billion-a-year business that employs more than 130,000 in the United States. According to the Funeral Directors Association, 42 percent were cremated in 2011, the last year for which numbers are available. That’s double the rate of just 15 years ago. Black students, meanwhile, are not enrolling in mortician schools in large numbers: That number decreased from 27 percent seven years ago to just 15 percent in 2014.

“Before my father passed, he gave me power of attorney,” said Patricia Fitchett Baker, 62, who became president of the funeral service after her father, Floyd E. Fitchett Sr. passed at age 90 in June 2013.
“We had a meeting and they nominated me as president and we moved on from there,” she continued. “I had a passion to work and to continue the legacy of my father, grandfather, and uncle.”

“It was important to my father; so it became important to me,” Fitchett Baker said, recalling how she and her oldest sister, Brenda Fitchett Anthony, a former banker who is vice president of the funeral service, began working alongside their father while they were in junior high school.

“They were old-fashioned about women working back then,” Fitchett Baker said. “My father was the one who went out to work, the provider. My sister and I worked at the funeral home answering the phone. That was our introduction. There were only a few women working in the funeral business back then. And it wasn’t until he got really sick that he began to talk to me a lot about the funeral home.

“Listening to him, I learned so much about why he did, what he did,” she said. “He was a really good man. Now, I see why my father didn’t talk about it too much when I was growing up. But I try to treat people the same way he did because that is what will cause our business to grow. It’s not all about the money. We try to help families, just like my father and our grandfather did.”

While three generations have endeavored to create the serene, competent and soothing atmosphere in Fitchett Funeral and Cremation Services – the name-change shows times have changed. Black funeral homes, for example, are increasingly being bought by large white-owned out-of-state firms in many states.

Black undertakers are declining. Black neighborhoods have changed. Blacks, meanwhile, make up about 15 percent of all graduates in accredited funeral service schools, according to the American Board of Funeral Service Education. Of those, nearly 58 percent are women

In an industry where things have changed and yet remained the same, the Berkley landmark is standing firm. “People trusted and believed in our grandfather and father,” said Michael A. Baker Sr., 55, the son of the late Floyd E. Fitchett Sr. who is also a board member and co-owner of Fitchett Funeral & Cremation Services.
“So when you look out for people, for their heart – that is what makes the difference,” Michael A. Baker Sr. added. “They named a street after them because of how they treated people. When you love people it makes a difference.”

“They enjoy coming together,” Michael A. Baker Sr. said. “We have memories on a screen and light a candle for each one. We also help with a holiday meal that my high school friends started. We give money. We collect canned goods for families during the holidays. This year they left with boxes of cans of food. We really enjoyed that and look forward to doing it next year.”

“Because of our DNA we have been tasked to look out for people,” he said, pointing to other events the funeral service provides including an annual community day. Launched around Labor Day in 2013, the event is held at the funeral home and attendance jumped from 150 the first year to more than 300 in 2015.

“We sponsor an awesome community day,” Michael A. Baker Sr. said. “We have a big pig roasting, hot dogs, live entertainment and people come from miles around to celebrate with us.

“We have popcorn, cotton candy, and the bounce house,” Michael A. Baker Sr. continued. “The community really loves it. We did it for the fun of it. But one lady came to a cookout and said, ‘Thank you for inviting me.’ She said it was the first time she’d had meat to eat in a week.”

Poised between the past and the future, with an eye focused on time-honored values, in a changing industry, the Berkley landmark has received several awards including one from The Berkley Historical Society.
“Our values have not changed,” said Chauncey Foreman, 21, office manager. “It was hard work back then and long hours of work. Now there are times when we are here late at night.”

To illustrate her nephew’s point, his aunt, Patricia Fitchett Baker said, “When my father died at age 90, he was still signing checks. He was still driving. He was involved until about a few months before he passed.”
Comparing the past to now, Michael A. Baker Sr. said, “It seemed like life was simpler back then when we were growing up. The community was closer. It was tight-knit. It was like a village. Everyone looked out for each other. Now, it is transient and people are coming and going. Values have changed. Once, families and neighbors were close; so news traveled faster by word of mouth because people sat on their front porches. Now people see things going on and turn their head.”

Patricia Fitchett Baker zeroed in on another disturbing trend that she said she initially noticed around 2000. “Yes, it is true we are burying more young people. And we try to deal with it like we deal with death in general. Whether it’s a young or elderly person, we try to bring comfort, care and love to everyone.”

The point is all three generations value life’s small graces. “For example, when we do special memorials at a person’s home, we leave a rose in the door,” Michael A. Baker Sr. said. “It is a small thing. But we do it to recognize the family and their loved one.”

Patricia Fitchett Baker smiling sweetly recalled times past. “I remember when my father used to ride by the house of the deceased and sit down to talk to the family. Now we stop at a house, release some balloons, and leave a rose. We have always had a chapel. Now in a matter of minutes we can turn it into a banquet facility.”
The last living sister, Beatrice Fitchett Harrell, who is 103 years old, is still actively committed to preserving the original legacy. The family will soon open a Portsmouth site. Both sites will continue to offer an array of services including pre-planning options, funerals/cremations, Memorial services, horse-drawn carriages, special occasion doves, live video streaming, on-site chapel, and banquet facilities.