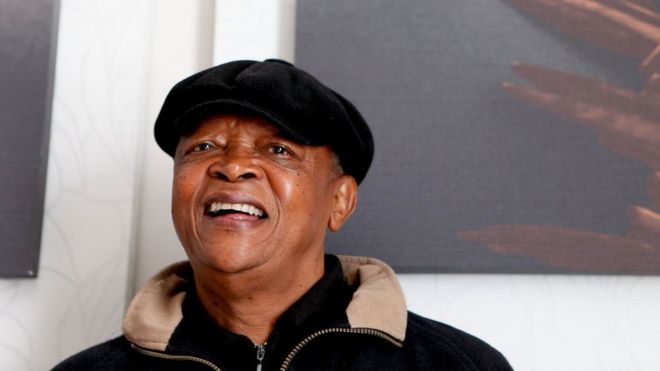 NJG/NEWS
Hugh Masekela, the South African trumpeter, singer and activist who was best known for his 1968 hit, “Grazing on the Grass,” died at age 78 in Johannesburg on Jan. 23. According to news reports, he died after a decade-long fight with prostate cancer. Beginning in the 1960s, he went into exile in the United Kingdom and the United States, using his music to increase awareness about South Africa’s oppressive system of white-minority rule. Masekela spent three decades in exile, but returned in 1980 to Africa, settling in Botswana, where he set up a mobile recording studio and recorded two albums. In 1986, he launched the Botswana International School of Music, a nonprofit organization aimed at educating young African musicians. In 1990, he also moved back to South Africa, the year Mandela was released from prison. He continued to record and tour around the world into his mid-70s.

In 2010, he was awarded the Order of Ikhamanga in gold, South Africa’s highest medal of honor. Since 2014, Soweto has hosted the annual Hugh Masekela Heritage Festival, with the stated aim “to restore our South African heritage and to uplift the local artisans of Soweto.”

In a trademark quote, Masekela once said, “I got to where I am in life not because of something I brought to the world but through something I found–the wealth of African culture.”
Describing the pain that three decades of exile produced, in “Bra Hugh,” a 2013 short film, Masekela said he feared losing his ability to speak South African languages. “I used to have a place in Central Park where I would go to talk to my imaginary friends. I was terrified that I was going to lose my language. So I would go there and I would start to speak in Sotho first‚ and I would change from that to Zulu and then to Xhosa‚ and then I would go into tsotsi Afrikaans.” He said he knew he would be able to return home when Mandela was released.
Long before Masekela began to use his musical talents to help shine a light on the harsh apartheid laws in South Africa, he was born Ramopolo Hugh Masekela on April 4, 1939, in Witbank, South Africa, a coal-mining town near Johannesburg. His father, Thomas Selema Masekela, was a health inspector and noted sculptor; his mother, Pauline Bowers Masekela, was a social worker.

Raised primarily by his grandmother, who ran an illegal bar for mine workers, he said of the miners, “One of the great things also about Witbank was that all these people brought their different music and their different stories about where they came from. As a little kid, I hung out with them in the backyard and the kitchen and I knew all about their countries.”
Of his lifelong interest in music, he once said, “I’ve lived for music since I could think.”

“My biggest obsession is to show Africans and the world who the people of Africa really are,” Hugh Masekela is quoted as saying on his official website.

During his lifetime, he released more than 40 albums and toured in South Africa and internationally until late in 2017.
Condolences streamed through social media after his death was announced.

South African President Jacob Zuma expressed his condolences, saying Masekela “Kept the torch of freedom alive globally, fighting apartheid through his music and mobilizing international support. … His contribution to the struggle for liberation will never be forgotten.”

The Rev. Jesse Jackson said of Masekela in a tweet, “Freedom fighter, anti-apartheid advocate, gifted musician and good friend. May his soul Rest In Peace.”

Masekela is survived by a son, Sal Masekela; a daughter, Pula Twala; and his sisters, Elaine and Barbara Masekela.