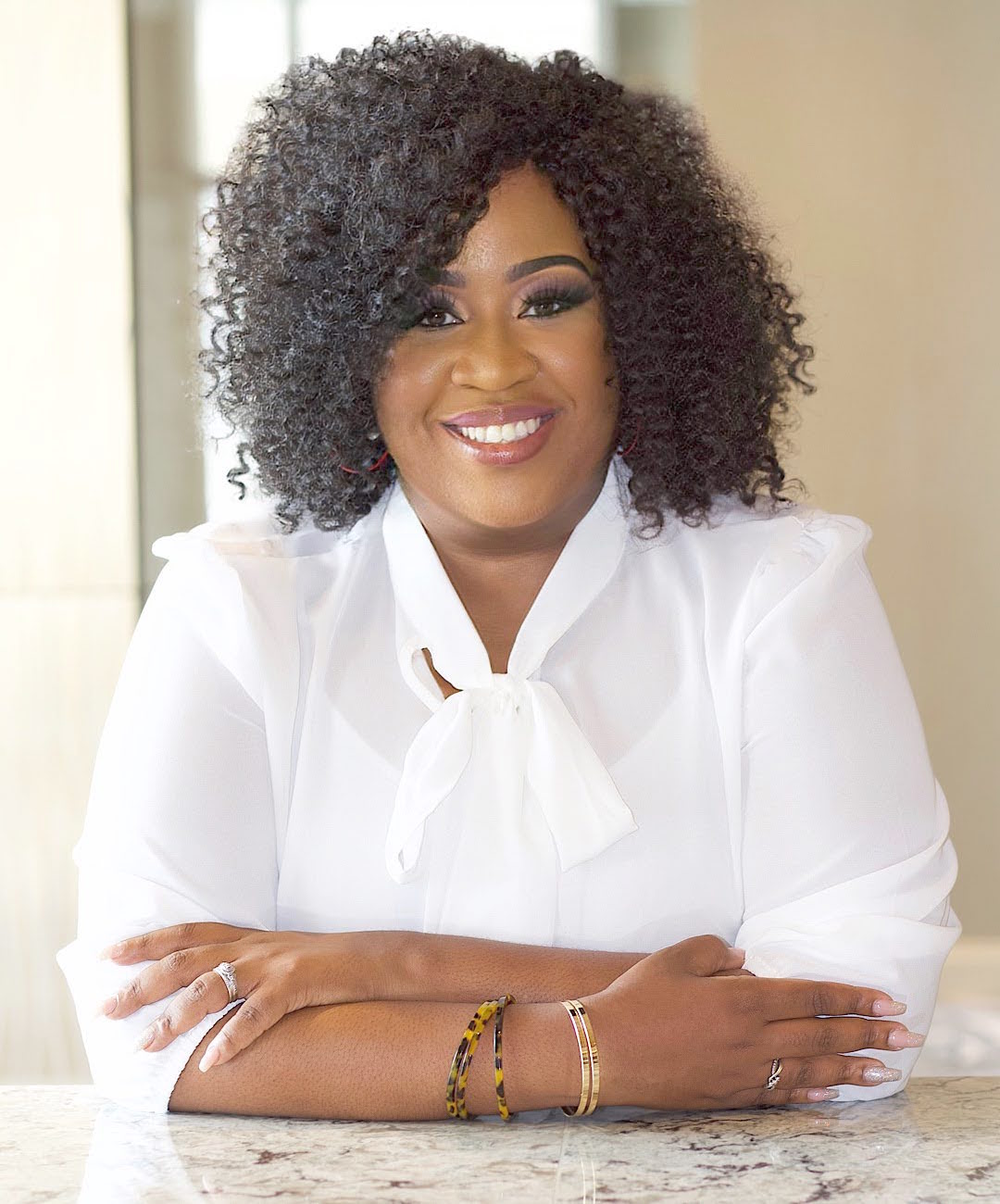 Rickkita Riddick lost her job during the early days of the pandemic in March 2020, flew from Norfolk to California in mid-October 2020, plopped down in a comfy chair in Warner Brothers studio in Burbank, and told the host of the “Ellen Degeneres Show” that her new Hampton Roads nonprofit, “Sisters Healing Sisters Inc.,” is making a dent in human suffering.

Eventually Riddick left California (during the early-days of the pandemic) with an unexpected $10,000 grant from Ellen Degeneres and Shutterfly. She returned home to Hampton Roads, purchased food and other items that she freely distributed to many low-income residents during the holidays. She launched emergency shelters. She also enrolled at Norfolk State University and is scheduled to receive a bachelor’s degree in social work at Norfolk State this spring.

“Being in position to help other women is the greatest feeling,” Riddick said, in a recent email interview with The New Journal and Guide.

“I say this because I was and still am sometimes that woman who could use extra help,” said Riddick, the president and founder of Sisters Healing Sisters Inc. She grew up as one of three children in a single-parent home in Charleston, S.C., after her parents, Floretta Hogue and Ricky Taylor separated. Today, she heads a Hampton Roads non profit that helps women cope with some of the challenges she experienced. Specifically, her non profit provides useful information, a helping hand and emotional support to women.

“We are three to four times more likely to die from pregnancy- or childbirth-related causes than white women,” Ericka Stallings wrote in an Oprah magazine article titled, “The Article That Could Help Save Black Women’s Lives.”

Stallings continued to tick off unique dangers that African American females encounter from childhood to old age. ” Black neighborhoods—defined as including 60 percent or more black residents—have the fewest supermarkets, and therefore less access to fresh produce and lean proteins.

Black neighborhoods are also more likely to lack a local primary care physician (the odds of a shortage of such doctors are 67 percent higher),” Stallings wrote.

Racial bullying rarely ends but intensifies from the cradle to the grave, in other words. “Racial disparity in healthcare is a silent epidemic,” Stallings noted in her article in O magazine. “We need to educate the next generation of physicians to treat it.”

One problem is many African American women often shun mental health treatment. “Between 2008 and 2012, only 8.6 percent of black Americans saw a therapist, took prescription psychiatric medication, or used another kind of mental health service, compared with 16.6 percent of white Americans, according to the most recent findings from the federal Substance Abuse and Mental Health Services Administration,” Stallings wrote.

This means the average African American female spends an incalculable number of hours juggling balls in the air, in an effort to fulfill (largely thankless) tasks that are birthed and nurtured by overt and covert racism. Toni Morrison put it this way: “The very serious function of racism … is distraction. It keeps you from doing your work.”

This is where Sisters Healing Sisters Inc. comes in.

“I saw my mother work hard when I was young to provide for myself and my siblings,” said Rickkita Riddick, the president and founder of Sisters Healing Sisters Inc. “My mother inspired me to be the woman I am today. Watching her sacrifice and work so hard, sometimes two or three jobs to provide for us, made a huge impression on me as a child. I wanted to be strong and resilient just like her. I saw her persevere through rough times and keep going. I believe that’s where I get it from.”

Pointing to a few of her local role models, Riddick said Mrs. Donna Richardson, her academic advisor at Tidewater Community College motivated her to stay in school. “I wanted to drop out of college in 2013 because of my current situation at the time, she encouraged me to stay the course and finish what I started. She let me know that I could do it even with the odds stacked against me. She encouraged and inspired me throughout my three years at TCC and beyond. It was because of her that I came back to college in 2020 to pursue my BSW at Norfolk State University. She continues to push me to be great.”

Exactly how has she made a dent in human suffering?

“At the height of the pandemic in April of 2020 we were contacted by a school teacher whose student had not been to class due to the family being evicted,” Riddick said.

“It was a single mother,” she explained. Her three children slept in their mother’s car.

“We quickly went into action and raised enough money to secure a hotel for four weeks, groceries, and a gas gift card in less than eight hours,” Riddick explained. “The look on the mother’s face when we showed up to gift her everything was priceless. We stayed in contact with the family and found out that all of the children successfully completed the school year and they found a home. Their family left a lasting impression on our organization and the work we do.”

As Riddick wraps up her undergraduate degree at Norfolk State, she also focuses on her non profit’s drawing board.

“Our organization hopes to open a transitional home for women and children in the Hampton Roads area that will provide shelter, educational assistance, and other resources for residents who have hit a hard transition in life,” Riddick said, outlining her 2022 goals.

To donate to Sisters Healing Sisters Inc., scroll over to www.sistershealingsistersinc.org. Or contact the non profit on Facebook.