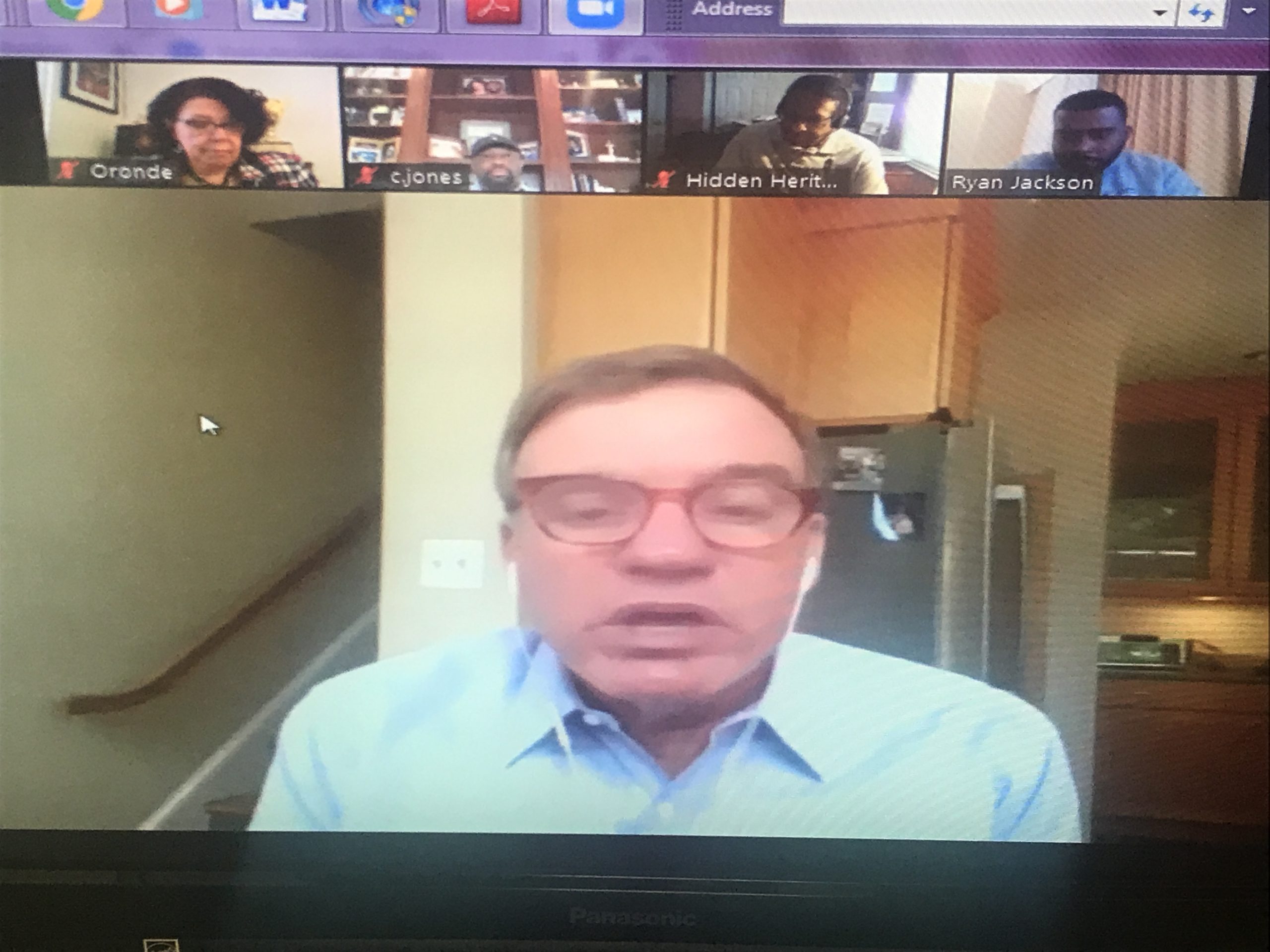 Virginia Sen. Mark Warner convened a virtual informational meeting on Monday, May 4 to update Black leaders around the state on his coronavirus pandemic relief activity in Congress. Congress has passed trillions of dollars in legislative relief to respond to the pandemic, and is gearing up to consider another proposal.

Warner told more than 100 African Americans representing diverse segments of the community that he is working with Sens. Bernie Sanders, D-Vermont, Doug Jones, D-Alabama, and Richard Blumenthal, D-Connecticut on The Paycheck Security Act .

The plan would cover the wages and benefits of employees of affected businesses and non-profits until the economic and public health crisis is resolved. The plan would also provide funds to cover fixed operating costs such as rent, utilities, and insurance costs to help employers weather the economic crisis.

Warner’s virtual town hall specifically spoke to pandemic issues directly impacting the Black community. He acknowledged complaints from Black small businesses that two federal Payroll Protection loans for small businesses have not worked as well as intended. In fact, much of the first round of money was gobbled up within a short time by national chain businesses that had prior positive banking relationships, large payrolls and operating budgets that granted them loan approval to the exclusion of businesses employing few persons. The second round was written to avoid some of those pitfalls and is currently in process.

As for the large number of COVID-19 African American deaths, Warner said increased data collection from testing would help map the extent of the virus along socio-economic and racial lines.

A question and answer period brought concerns related to education and safeguards for reopening schools, help for non-profits, rural healthcare, and protecting the health of incarcerated persons, among others that are germane to the Black community.

“How do we win,” asked one guest on eliminating the huge gaps in health care and other disparity issues that historically position Blacks at higher risks. She rephrased her question to ask, “When do we have the conversations about these issues?”

VSU senior class president Erika Neal asked about the creation of a task force to follow up on some of the concerns she heard being expressed. At the conclusion of the hour-long exchange of ideas, Sen. Warner asked persons interested in comprising such a task force to sign up.

Among other ideas addressed was a concern presented by Virginia Beach Councilman Aaron Rouse that a federal “disparity” study be conducted to gather data about federal spending with Black small businesses as a way to improve spending with these businesses.

Warner suggested the possibility of a federal “discrete funding” study that would act in that capacity as an idea to be further examined.