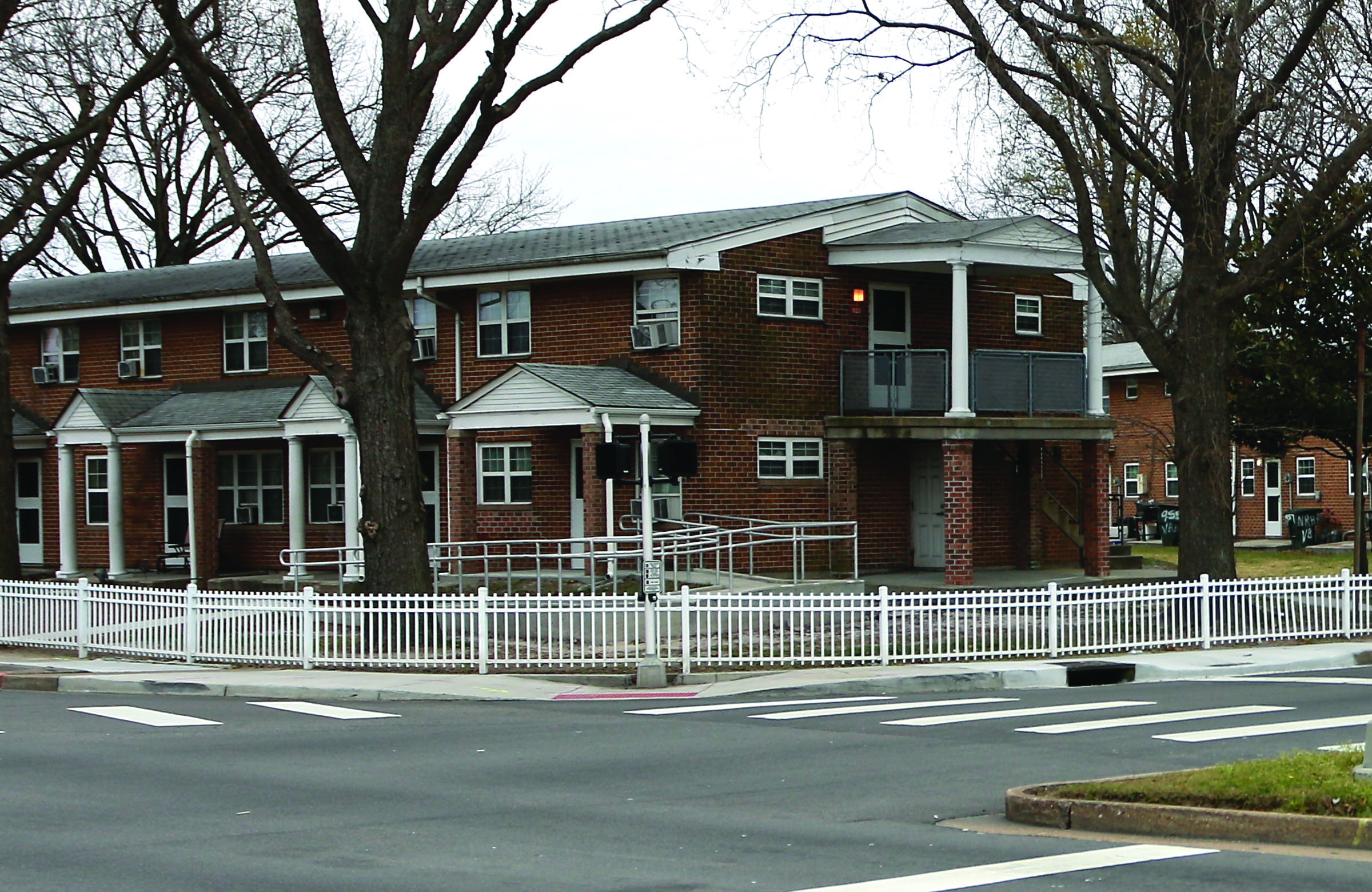 The Norfolk City Council will not move forward at present with a proposal to raze three of the city’s remaining public housing communities.

In a vote last week, the panel voted to delay or continue its consideration of an almost $1 billion, decade-plus long proposal to coordinate the city’s and NRHA’s efforts to demolish three targeted public housing communities and redevelop the area.

The deal came after hearing 19 Norfolk residents, mostly public housing residents, voice their opposition to the ordinance creating a “Cooperation Agreement between the City and Norfolk Redevelopment and Housing Authority (“NRHA”) for the redevelopment of the St. Paul’s Area downtown.

The plan targets Tidewater Gardens, Young Terrace and the Calvert Square public housing communities for demolition. They would be replaced with housing for a mixture of low to middle income individuals and families.

The NRHA Board of Directors already has approved it. And on Tuesday July 18, the measure was listed as the last and ninth item for discussion and possible approval on the council’s agenda.

Council members were poised to vote on the measure, but due to the vehement and emotional public resistance, the Council voted 9-0 to table the issue for consideration down the road.

Council members interviewed days after the council session said they first wanted to develop a better plan to educate and receive input from residents from the three public housing communities and the general public.

The plan first was presented to council for discussion on June 28 during its afternoon working session.

The proposed agreement between NRHA and the city spelled out the goals of the plan, the cost and roles of the City Manager’s office and members of the staff of NRHA.

It called for the formation of a public corporation or LLC where the Board of Directors would consist of the City Manager, at least one additional City employee, the Executive Director of NRHA and at least one additional NRHA employee. The Board would provide direction to, and oversee the activities of, the staff and/or consultants of the corporation in relation to the Plan.

But apart from the discussion during that late session of council, the only public notice of the plan appeared in the next issue edition of the New Journal and Guide on July 6, 2017 and on the paper’s website.

A number of GUIDE readers began posting the article on their social media, notably Facebook, where their views resulted in heated discussion about the issue for the next two weeks.

Days before the council’s July 18 public session, the daily newspaper and a local TV station picked up the story about the plan.

Activists throughout the city already had been banging on the doors of residents in the public housing communities and handing out fliers appealing to them to appear at the council meeting to voice their opposition to the measure.

After its July 18 vote, the council went on its annual summer hiatus, and will not meet until August 22.

Between now and the convening of that meeting, city and NRHA officials will be devising a plan to acquire input on the proposal and begin educating them about it.

Several city officials and members of council told the GUIDE there may be an effort to quietly allow the measure to die for now, due to the alarming mishandling of communications about the plan to the public housing residents and the public in general.

The African-American council members bore the brunt of the public criticism hurled at the city’s governing body.

Speakers noted that although council members knew of the proposal, they failed to alert the Black community, and the public housing community, especially, about its purpose.

One official told the GUIDE off the record that the mayor and council were “caught” off guard and “surprised” at the level of grassroots resistance by elements of the poorest segments of the Black community to organize and to voice opposition to the measure.

“This plan will be put into action, one day,” the city official said. “But right now the council wants the emotions and fear to die down. We did not do a good job of preparing the people who will be most affected by this plan. They have feelings too and the council now knows it.”

On the Sunday before the July 18 council session, Alton Robinson, an activist who lives in the Park Place section, said other activists alerted him of the city’s proposal from information they read in the GUIDE or were told about from the social media generated by the story in the GUIDE.

“That’s when we went over and started knocking on doors and handing out fliers for them to come out and address the issue before council,” said Robinson. “Nobody knew about the current plan. It was the last item on the agenda. It seems they wanted to sneak this thing through.”

Councilwoman Mamie Johnson, who represents Ward 3, told the GUIDE the reason why her colleagues did not vote on the measure was due to the fact that “we failed to communicate with our constituents.”

She said that during the days leading up to the last council meeting, rumors began circulating and fears about the city’s past actions which displaced and redeveloped plight neighborhoods, similar to what took place in Ghent in the 1960s.

Johnson said the city should have done a better job of communicating to the public housing residents via traditional TV and print media, social media and through the traditional channels used by the NRHA, to connect with its clients on the issue.

Johnson said the city/NRHA plan must address the issue of where the displaced residents will move and how that is to be achieved.

Accessing the various city and private services which may aid them in moving from the public to private and market housing, must be addressed, she said.

Further, the agencies must avoid steering them to just one or two historical Black neighborhoods.

Further, she said the city must address the lack of affordable housing in the city for the poor and working class people to rent or to purchase.

Many of the residents would receive Section 8 Housing vouchers to help them move to privately owned dwellings. But the amounts are limited. Further, many low income families may be hard pressed to pay the full rate of utility bills and maintenance of their new dwellings if the landlords are not willing to do it.

Johnson said city officials should also be concerned about the landlords who receive Section 8 funds to rent to poor people, but do not keep the dwelling housing units up to code.

She said that she envisions city and NRHA operatives huddling with the leaders of the Tenant Management Associations from each of the targeted public housing communities to talk about how “we are going to move forward.”

Wards 3 and 4 make up Super Ward 7, which is represented by Councilwoman Angelia Williams-Graves, She, too, said the city did a “poor job of communicating their intentions in the proposed agreement.”

“We have an obligation to the people living in public housing,” she said. “The authority is running out of money to keep those places up and they are horrible. The people who live in public housing deserve better … if not why are we here? We must include them in the planning and get them to see and understand the vision of the plan.”

Williams said the housing authority and the city must use all of the resources in their tool boxes to assist the people in the three public housing communities, eventually to make a smooth transition from their current living conditions.

All three of the public housing communities are located in the Ward 4, which is represented by Councilman Paul Riddick, the longest serving member of the council.

Riddick said if the redevelopment of the three communities is to take place, then the plans and the ongoing decision should be crafted by more than just the Chair of the NRHA and the Norfolk City Manager.

Riddick suggested a committee composed of two people from each of the targeted pubic housing communities and two people who do not, notably a leader of an institution within the boundaries of the area of development such as a church or business which will go unscathed during the process.

Riddick said the housing needs of the most vulnerable residents of the three communities must be considered first.

He also said that the development plan should consist of plans to construct affordable housing on vacant lots about the city; for example, on the east end of the city, in his ward, to absorb the poorest families and facilities for the elderly and disabled.

One of the individuals who used his Facebook post to stir up public attention and concern about the plan was Billy Cooke, who has run for council in previous years.

“It’s good we got it delayed,” said Cooke. “There were some significant errors made on the part of the council and the authority. The 19 speakers who spoke before council that night said that ‘you got to involve the community in this project.”

Like Riddick, Cooke said the staffs of the city and the housing authority should not be the only forces in planning and executing this plan.

“There should be a third leg on this stool,” he said. “And that should be the people, the community. I told the mayor and the other council members that we should create a consensus on the plan, We cannot just let these communities be bulldozed and not have any involvement by the people they are going to displace.”