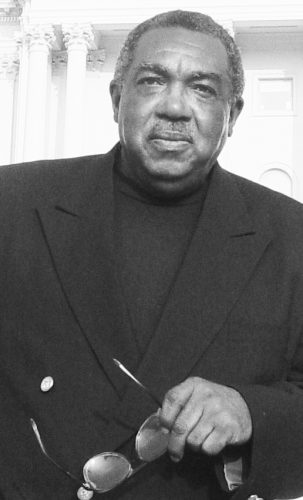 TriceEdneyWire.com
It is very revealing and often disgusting to witness the national press coverage of the bromance between Donald Trump and Vladimir Putin. They go on and on about Trump’s refusal to condemn the Russian “meddling” in the 2016 presidential campaign.

They recite horror story after horror story about Putin’s mortal sins when dealing with individuals and countries that do things he considers a threat to himself and Russia. Someone lacking a knowledge of history would be led to believe that the United States does not and has not ever committed such mortal sins.

Anyone with a knowledge of U.S. history is well aware that that this is a major fallacy. This country, which the press is covering in the Putin-Trump saga as though it’s God’s gift to righteousness, has done practically every single thing to carry out its agenda as Russia has done and is doing to carry out hers.

It has assassinated or attempted to assassinate leaders and other people who it considers a threat to its program; it has participated in the overthrow of governments who are not sufficiently obedient to its desires; it has invaded countries whose policies it opposed. The bastion of righteousness would react in the same way Russia acted on Ukraine if the countries on its borders, Canada and Mexico, attempted to sign a military pact with Russia or any other country.

The national press also doesn’t deal with the reality that Putin and Trump share two very basic beliefs. The first is acquiring as much money as possible by any means necessary. The second is that both are white supremacists who strongly believe that white males should now and forever be the dominant force in the international arena.

Thus they believe that Russia and the United States are in the best position to maintain and advance their white supremacist goals.

This angle of the Trump-Putin connection needs to be explored by the national press rather than to continue weeping and wailing about what they consider Putin’s evilness and Trump’s ignorance. They both know exactly what they are doing.