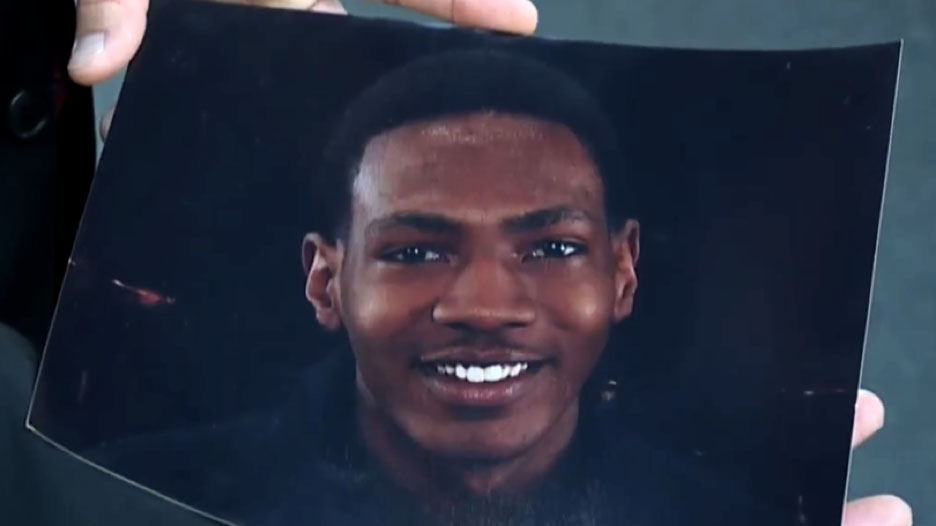 The lawyer for the 25-year-old’s family called it an execution, telling media members that police fired 90 shots, hitting the young man “60 to 80 times.”

As the video rolls, several officers are seen approaching Walker’s vehicle with their guns drawn.

Police Chief Stephen Mylett claimed Walker had a ski mask on, reached toward his waist during a foot chase, and turned toward pursuing police officers.

He claimed that’s when officers opened fire. Mylett said authorities found a weapon in Walker’s car, but it wasn’t clear if he discharged the gun.

He admitted that Walker didn’t exit the car with a gun.

While handcuffed and bleeding profusely from his wounds, Mylett claimed officers attempted to provide lifesaving help for Walker.

Officials placed the eight directly involved in the shooting on administrative leave.

“It was difficult to watch and shocking,” Mylett stated. “I’m not going to pass judgment.:

“The video is heartbreaking, and it’s hard to take in,” Horrigan said.

The U.S. Attorney’s Office, the Justice Department’s Civil Rights Division, and the FBI field office in Akron issued joint statements noting that they were “closely monitoring and reviewing the circumstances.”

“The FBI continues to coordinate with state and local partners to provide resources and specialized skills,” officials wrote in the statement.

To quell tensions, Horrigan announced the cancelation of Akron’s Fourth of July Festival.

“This is brutal,” DiCello asserted.

“Jayland was unarmed and running away when police opened fire, firing 90 shots, hitting him 60,” Turner wrote as she posted the bodycam video. “The Department of Justice needs to step in to investigate immediately.”

Turner noted that officers were reckless.

Turner then compared the incident to another Ohio shooting.

“This is like Cleveland all over again, with the 137 shots fired at Timothy Russell and Malissa Williams,” Turner recalled. In November 2012, more than 60 Cleveland Police officers pursued a vehicle driven by Russell and Williams, whom authorities claimed had fired on them – it turned out their car simply suffered a backfire.