MISSION: The Mission of the Epilepsy Foundation is to lead the fight to overcome the challenges of living with epilepsy and to accelerate therapies to stop seizures, find cures, and to save lives.

1. The focus of Providential Credit Care Management, Inc (PCCMI) is inclusion in the whole Rural Community, when it comes to looking at the community as oneness. While training First Time Homeowners for Homeownership, working with our senior citizens to find financial resources to repair their homes, and in some cases, replace their homes, and Homeless Intervention are our primary focuses, the health of the individuals we service cannot be ignored. In order to become a viable part of community service, we must put our whole self into the lives of the people, good, bad, or indifferent.

My involvement with epilepsy started when I was young. I grew up with a brother who somehow was diagnosed with epilepsy at a very young age. It was a traumatic experience for my parents, because they had no idea as to what to do until our family doctor made arrangements for him to be taken to Duke Hospital, Chapel Hill, N.C. It had to be the Lord stepping in to guide them, because somehow they were able to get the medical attention he needed.

I remember the many different types of medication he had to take, before the doctors were able to find one that helped him control the seizures. He still had an occasional seizure to the point that he was not able to get up in time to catch the school bus with us; however, our school knew my parent’s situation, so they would send a special driver to pick him up at a certain time each morning. Today, my brother is 64-years-old and every now and then he still has an occasional seizure, but it is basically under control. There is no way you can avoid seeing the reality of the people in the community where you live when it comes to seeing first hand the condition of the people in need of guidance when it comes to health issues.

There are many cases where Mrs. Seneca Bock and PCCMI have worked with health issues. Just a few cases in point:

• (May 2011) Sister Bock held a Conference for Black Women’s Health at the Royal Courtyard Virginia Beach, VA entitled The Grand Gathering, “Reclaiming Our Power and making a difference in Hampton Roads.” I am honored to say that Providential Credit Care Management, Inc., played a part, sharing information about “Striving, Thriving & Resiliency” which dealt with the Historical Perspective of Promoting Black Women’s Health Equity.

•(December 2013-December 2014), Main Street Baptist Church, 517 Main Street, Smithfield, VA., Sister Seneca Bock set up a year-long program to improve the health and well being of individuals who were either diabetic or pre-diabetic. The end results of our weekly weigh-ins and planned dietary guidance were many pounds lost and overall health improved.

• November 2015-2016) Providential Credit Care Management, Inc. and Community Capacity Builders (Sister Seneca Bock) collaborated with Community Science and received an $8000.00 grant to reach a target population to promote the Affordable Care Act Outreach, Enrollment & Utilization of Health Care in Rural America. The end results of our efforts were the passing of the Affordable Care Act Insurance for millions of uninsured individuals and the passing of the Medicaid Expansion Act. We were able to rally the rural community with information awareness, which is what we needed during the 2015-2016 time frame.

2. As a rural community builder, some of our unique challenges facing African American families in the area of seizures disorders, as an example, would be communication through our churches by not hiding the fact that these types of medical issues exist in any given family. Social media is being used for some of everything; more time over, it is not being used to spread the word about those illnesses and problems that exist in the African-American community and especially, the family unit.

3. Being involved in epilepsy awareness and education no doubt brings epilepsy into focus and addresses the illness, because it is being disguised as other health disparities, such as PTSD. The more epilepsy is exposed, the better chances we will have to prevent some of the deaths that occur while being misdiagnosed in certain mental illness cases.

Follow us
In this article:Epilepsy, Epilepsy Foundation of America, PCCCMI 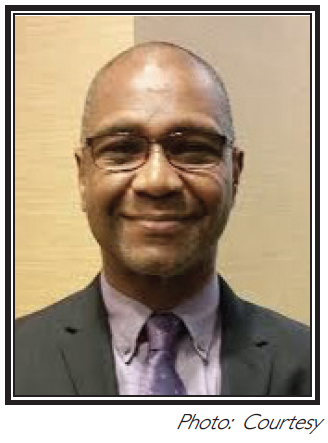 A Series On Health Equity: The Black Church and HBCUs