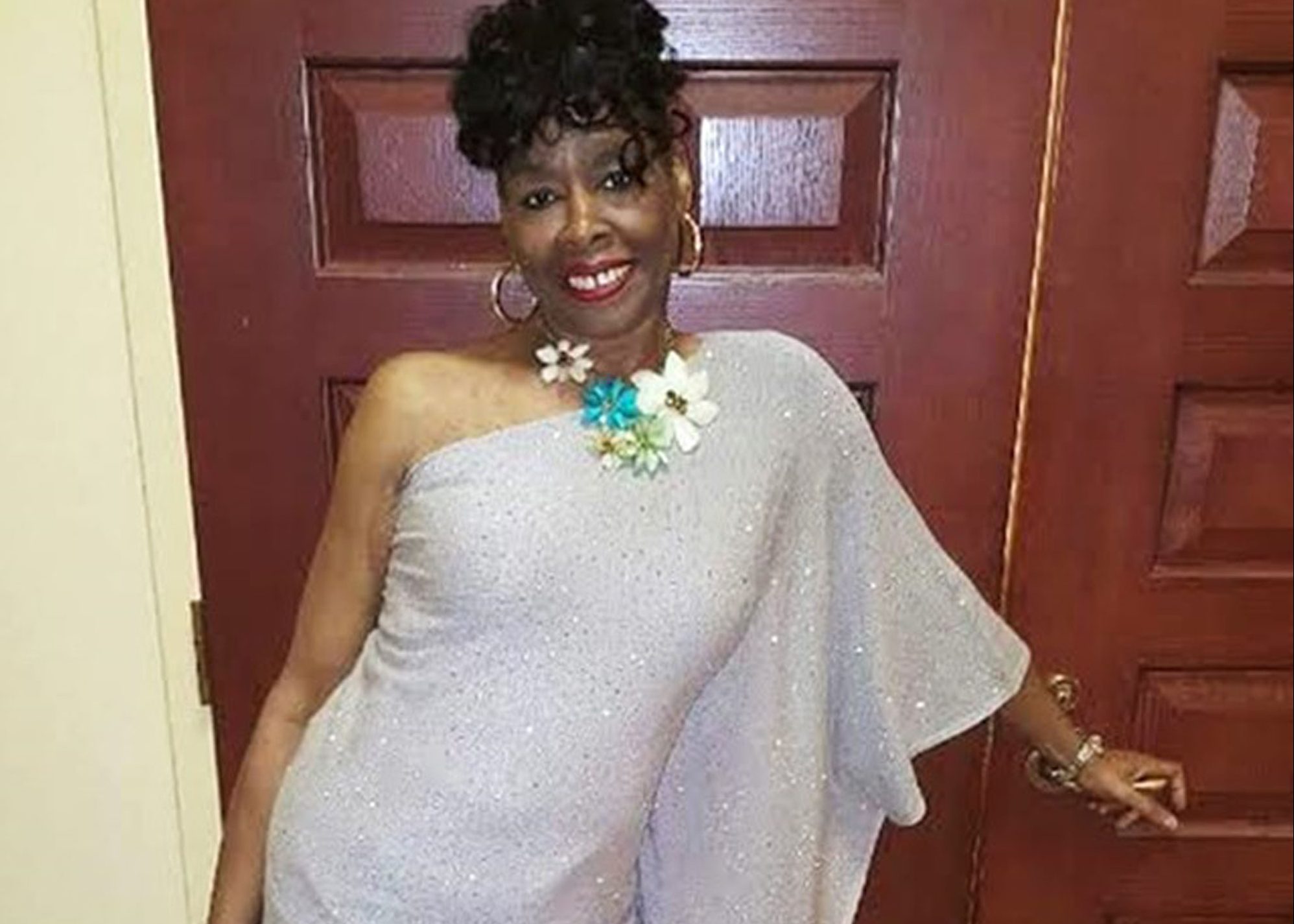 The National Library of Medicine, National Institutes of Health, defines a cerebral aneurysm as, “A weak or thin spot on a blood vessel in the brain that balloons out and fills with blood.” A brain aneurysm is a very serious thing indeed. Having two, a “double aneurysm,” is an exceptionally tragic event. Yet, that’s what happened to a once very busy, in demand seamstress and tailor, one who lives to this day. She shared her story with me recently. Many would call it a miracle.

In 2009, Paulette and Wilson Washington had just moved into their new home. One weekend night after having left her shop on Virginia Beach Boulevard, Norfolk, she was having a few drinks at home with a friend. Later, after her friend left, Paulette decided to hang some bedroom curtains she had made. She recalled that, suddenly, she felt a bit tipsy and thought she’d lie across the bed. For reasons that escaped her, she decided to open and read her Bible.

“That’s the last thing I remember,” she said. She didn’t even remember having breakfast the next morning, Sunday. Something quite tragic was already silently beginning to take its toll. She and Wilson hadn’t a clue. Yet, 24 hours later, something didn’t set quite right in Wilson’s spirit. He had gone to work, but told his supervisor that he needed to go back home. Good thing too. Paulette would learn months later that Wilson returned home only to find her lying on the bedroom floor, her eyes blood red.

Frantic, he called Paulette’s brother and sister-in-law for help. She was conscious, but wasn’t making much sense. They tried talking to her, but only got mumbled, gibberish responses. Urgently, they drove her to a local hospital, but it was ill-equipped to help, so hospital staff summoned an ambulance to rush her to a partner facility.

“From that day to this,” Paulette said, “I don’t remember anything that happened.

”Within 10 minutes of her arrival at the second hospital, a doctor and a pastor emerged from the emergency room treatment area and approached Wilson. The pastor told him he should go home and get her things in order. The doctor advised that, if she lived, she would never be the same again. But there was also a miracle worker in the treatment room that day, unseen by everyone, but He held Paulette in His hands.

“They said I was in intensive care for 5 days,” Paulette said. “When I came out of there, I went into a regular room. I don’t remember anything about my hospital stay other than what Wilson and other people told me.” She would, however, later remember that the miracle worker, “God” she said, paid her daily visits.

”Paulette’s mother Dicie had passed 4 years earlier. “I remember asking Him if could I see my mother,” she said. “He let me see her …” She paused, reflecting deeply. “My mother jumped into my spirit … into my soul. God had to pull her out. He said, ‘It’s not Paulette’s time.’

”Paulette had a cousin who often visited at the hospital, sitting bedside, reading the Bible to her. “We talked several months after I got out of the hospital. She said, ‘One time, I looked at you and you had turned into Aunt Dicie!’ I figure that was the time when my Momma jumped into me. She said it scared her to death.”

Though she was hospitalized for 17 days, Paulette can only recall her visits with God. Her antics, in her altered state of mind, proved memorable for Wilson and the hospital staff. She was quite a handful, especially in her determination to go home.

“I would say, ‘I’m going home!’ and would get out of the bed and walk down the hall, with the IV pole, to the elevator,” she said. “But I couldn’t get onto the elevator with the IV and they would just let me sit there, until I got mad and would go back to my room.” She laughed heartily and added, “I would always try to escape from that hospital.”

Yet, the staff and Wilson were prepared and deployed a bit of trickery to calm her nerves. Every day, Paulette would ask when was she going to be discharged. They had decided to always tell her that it would be the following Monday. When she would ask about what the current day was, she was always told that it was Tuesday. The plan worked pretty well, until 17 days later, a Monday. A new nurse was assigned to her care. As was her routine, Paulette asked, “What day is it?” Without hesitation, the nurse told her Monday. Ecstatic, Paulette exclaimed, “Oh! I go home today!” The perplexed nurse said, “Let me check,” only to return a few moments later with the bad news.

“They said I went off,” Paulette said, chuckling wildly. “I was cussing everybody out and I said I’m going home! So they called Wilson. He came over and some way or the other got them to release me. He said, ‘I think if I take her home I can bring her memory back.’

“I’d remember Wilson when I first got home, but then I would wake up in the morning and ask him, ‘Who are you and what are you doing in here?’ I said I didn’t remember and he would have to sit me down, hold my hand and say, ‘Your name is Paulette and I’m your husband.’ It would take him about 15 minutes to bring me back and he had to do that every day for about 4 days. That day, I got up and said, ‘How are you doing this morning?’ I had remembered!”

Paulette said that God continued to visit her in her sleep once she returned home. “God came to me again and took me to my business. He said, ‘Paulette I need you to close your business.’ And I refused God. I said, ‘I can’t do that! My family depends upon me.’ That Tuesday morning, He came again and got me. All of a sudden I saw light and I knew I was in my business. He said, ‘I need you to close your business.’ He said, ‘It’s not your time, but if you close the business, I promise I’ll take care of you.’ I remember doing my hands like this.” She threw her hands up in exultation. “I felt life again,” she said. “So, I closed the business.”

She added, “I never found out yet why He wanted me to close the shop. Nobody knows this, but I had so many trials and tribulations. Anything I start, I want to finish. Before I went into the hospital, I used to be crying out in front of my shop at night. I would be just saying, ‘Lord, Lord, Lord, do this … Lord, Lord, Lord, do that.’ One night, I felt something go, bump-bump. He said, ‘I hear you! You don’t have to keep asking me.’”

In reflection, Paulette added, “From the day I left the hospital, something changed. All I do every morning or in the night is say, ‘Thank you, God! Thank you, God for everything!’ Since I have been saying that, I do not have to ask for anything.”