As the summer temps rise so does the intensity of the race for who will represent Superward 7 on the Norfolk City Council.

Three activists, one of whom is a business owner, a Norfolk educator, an employee of an agency serving the elderly and the current person holding the seat are campaigning to become Superward 7’s representative on Norfolk’s City Council.

Five challengers are seeking to replace Danica Royster who represents the majority Black ward which covers half of the city’s geopolitical landscape.

Royster was selected to replace Angelia Williams Graves, who ascended to the Virginia State House of Delegates last winter.

Now all six of them are waging what could be one of the most hotly contested campaigns for city council the city and the African American community has seen in several decades.

Candidate Jason Inge is the Regional Transportation Mobility Manager at Senior Services of Southeastern Virginia. He is also Commissioner; Vice Chair Norfolk Social Services Advisory Commission for the City of Norfolk. Like Royster and Fred McRae, he has not run for political office before.

McRae owns the Mac Kutz Unisex Salon in Berkley and is a community activist who was born in Diggs Park.

Royster is a Financial Services Advisor and political newcomer, who, she says, has been working hard to study the political landscape of Super Ward 7, grasp the nuances of the city government and how the “sausage is made behind the scenes.”

Royster, who currently sits in the 7th Ward seat, has been racking up support and endorsements from city and state political leaders.

Before her appointment to the council to replace Williams-Graves, she was not well known in the city’s political ecosphere.

On August 14, The Middle Town Civic League will give the candidates a change to “meet and greet” in a forum at the Kroc Center at 1:30p.m. On July 12, the Azalea Acres/Azalea Lakes Civic League hosted the candidates, giving them a chance to define the issues they are sporting on the campaign trail.

Royster told the GUIDE in an interview earlier this year her concerns about expanding business growth and investment in Superward 7, resolving the educational disparities, and expanding affordable housing.

All of the candidates recently interviewed by the GUIDE said they are disappointed in the direction the city is going economically and socially.

They all want to enhance the economic development in Super Ward 7 and citywide for all citizens.

They also have designs on how to end the economic and social disparities impacting the poorest residents of the ward’s urban core.

Some expressed reservations about the city’s gambling casino which is under development.

Also, the St. Paul’s Redevelopment Project is a source of concern, and so is the lack of affordable housing, along with the city’s policies to address homelessness, educational disparities, policing, and the rash of gun violence.

“I care and have a concern about our city,” said Inge. “That concern is about all the people and neighborhoods. The lack of affordable housing is a problem as we seek to displace 4,000 people out of St. Paul’s to develop that area. People should not be shuffled around like playing cards.”

Jason Inge said the city is ignoring the growth of poverty, its causes, and how it has a role in homelessness, education, and economic inequality in Norfolk.

Inge said the end of the federal moratorium on evictions concerns him due to the pandemic.

Recently the city converted the old Greyhound bus station into a tented homeless shelter for 80 people.

He described it as an SPCA for humans.

“During the (COVID) pandemic, I saw people and families hold the city together often making a way out no way,” said Glass, a native of Chicago who moved to Norfolk a decade ago with her husband, who is

also a veteran. “There has been little leadership and policies on the issues of childcare, the education gap, and quality of life.

Jackie Glass said that the city has made some strides forward with seeking to improve the public transportation office in the city with the Multi-Model Survey. But made a step backward in casino development.

“Do I believe that the St. Paul’s area should be redeveloped…absolutely,” said Glass. “But I don’t think the residents are feeling good about what is being done. There is no trust there that they will be provided housing or other opportunities.”

McRae said that over the years he has stood before the council and talked about disparities that exist in Berkley and other parts of South Norfolk.

“I want to be a voice for the voice for the voiceless, in Superward 7,” said McRae. “We need social justice for all genders. People have a right to be productive and be able to have access to educational and employment opportunities.”

McRae said that the city should invest in creating employment for youth, especially during the summer months to help them develop emotionally, culturally and instill a work ethic.

McRae, who is a coach, was one of the organizers of the Campostella Athletic Foundation, which provided a variety of sports and anti-bullying and youth development programs.

“That foundation allowed me to see a broad range of issues facing our youth,” said McRae, who is 48 and was born in Diggs Town. “Because of the lack of leadership on council, the city does not have the same vision for our community to help empower our youth or their families.”

Hawkins said Norfolk can continue to grow and prosper if it can resolve its glaring educational disparities.

“If we can’t get the schools right, we can’t get people to live here,” said Hawkins. “We need more revenue for taxes and services We must deal with housing segregation in this city. Our neighborhoods need more resources and need more attention on social justice issues and reforming our policing practices.”

Glass and Hawkins note that the city needs to reform its procurements system.

They said the city has not developed a system to assure that minorities can effectively compete for contracts to provide goods and services to the city.

“We need equity in this area. Why should good small businesses have to struggle because of the lack of access to capital,” said Hawkins. “I am also concerned about the future of Military Circle where several minority businesses have had to close.”

Michael Muhammad, also a political consultant, has been active in highlighting cases of police violence against Black residents in the region.

In one instance dating to 2013, Muhammad led a diverse group of 300 people to protest the death of Joshua “Omar” Johnson, who died in the drive-thru lane of a 21st Street branch of a Wells Fargo Bank, at the hands of a police officer.

The protest was organized over the shooting and the city’s refusal to release surveillance camera image of the incident to justify the police action. The fatal incident was ruled justifiable by the City’s Commonwealth’s Attorney. 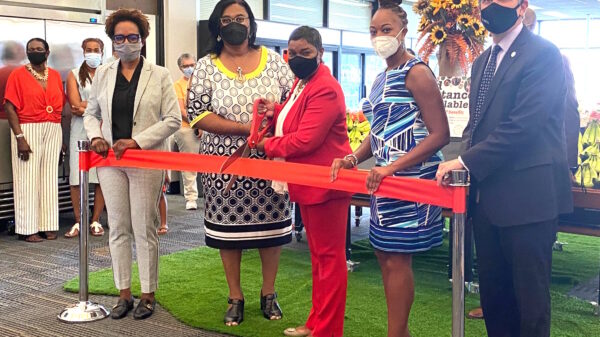 By Leonard E. Colvin Chief Reporter New Journal and Guide For many decades the Jordan-Newby Library on Park Avenue served the Brambleton community. ... 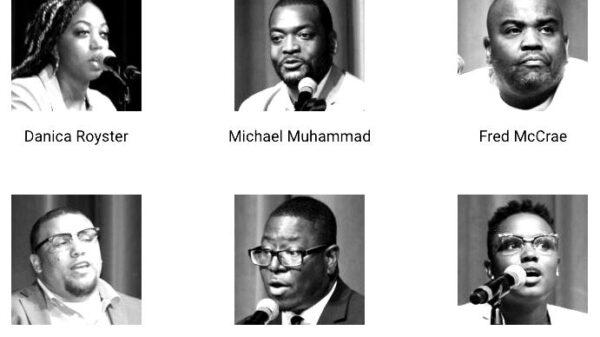 By Leonard E. Colvin Chief Reporter New Journal and Guide As the summer temps rise so does the intensity of the race for who...