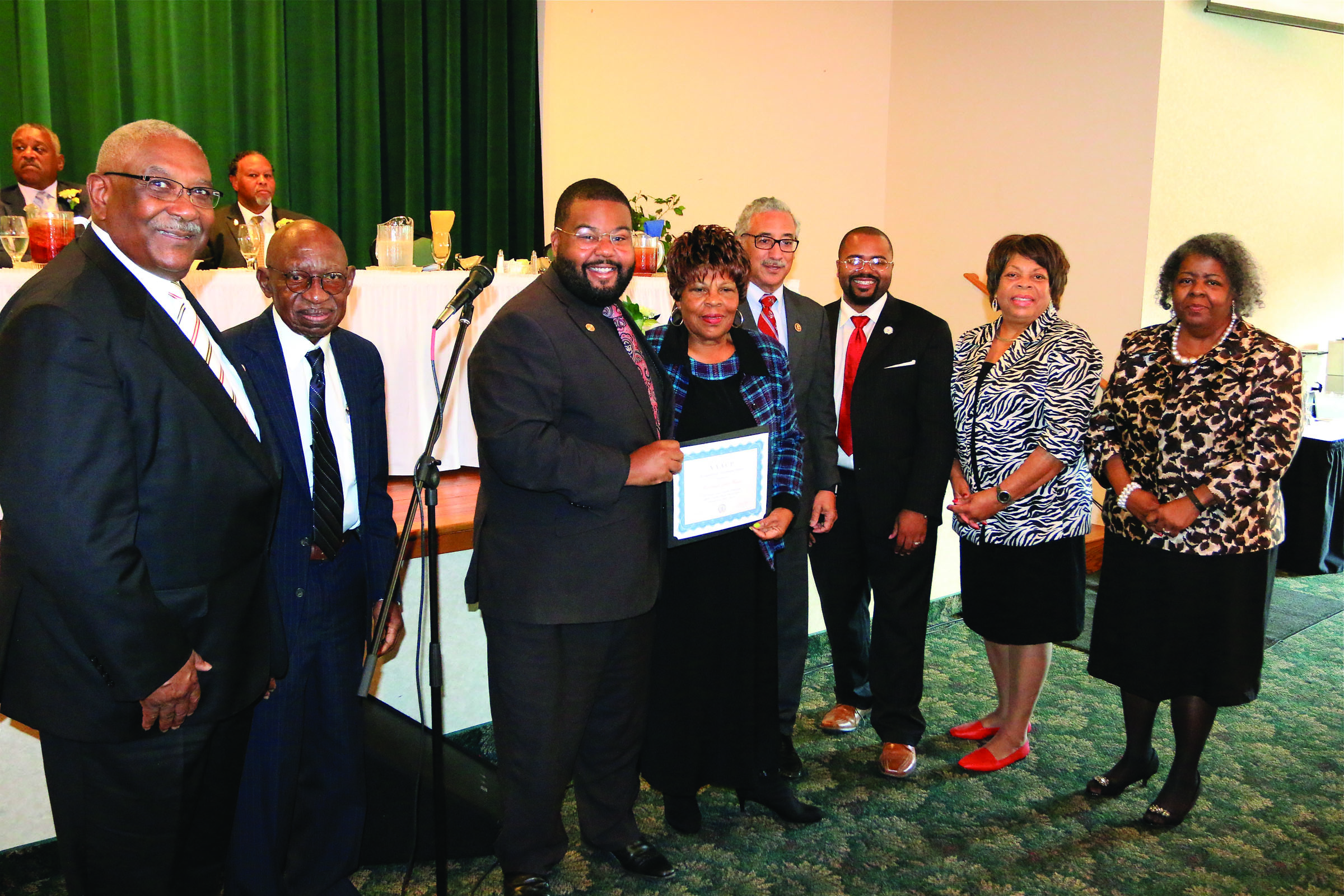 The Norfolk NAACP hosted its 59th Life Membership and Freedom Fund Luncheon on October 1 at the Murray Center. This year’s theme was “Our Lives Matter, Our Vote Counts.” Norfolk Mayor Kenneth Alexander served as the keynote speaker, delivering a message of encouragement to the civil rights organization to remain vigilant in its purpose. Greetings were delivered from the city by Councilwoman Angelia Williams Graves.

The Norfolk Chapter is headed by Joe Dillard, Jr., who presented the Trailblazer Award to Mayor Alexander for his accomplishment as the city’s first African American mayor. The presidential award was presented to George Banks, who serves as the group’s Finance Chair. Life Membership awards were presented Doris S. Parrish and Thomasina Green. The featured vocalist was Trequan Manning, a senior at Green Run High School, who is a 2016 ACT-SO National Convention Finalist. Manning’s selections of George Gershwin’s “Summertime” from “Porgy and Bess” and Ray Charles’ rendition of “Georgia On My Mind” brought the audience to its feet in applause.