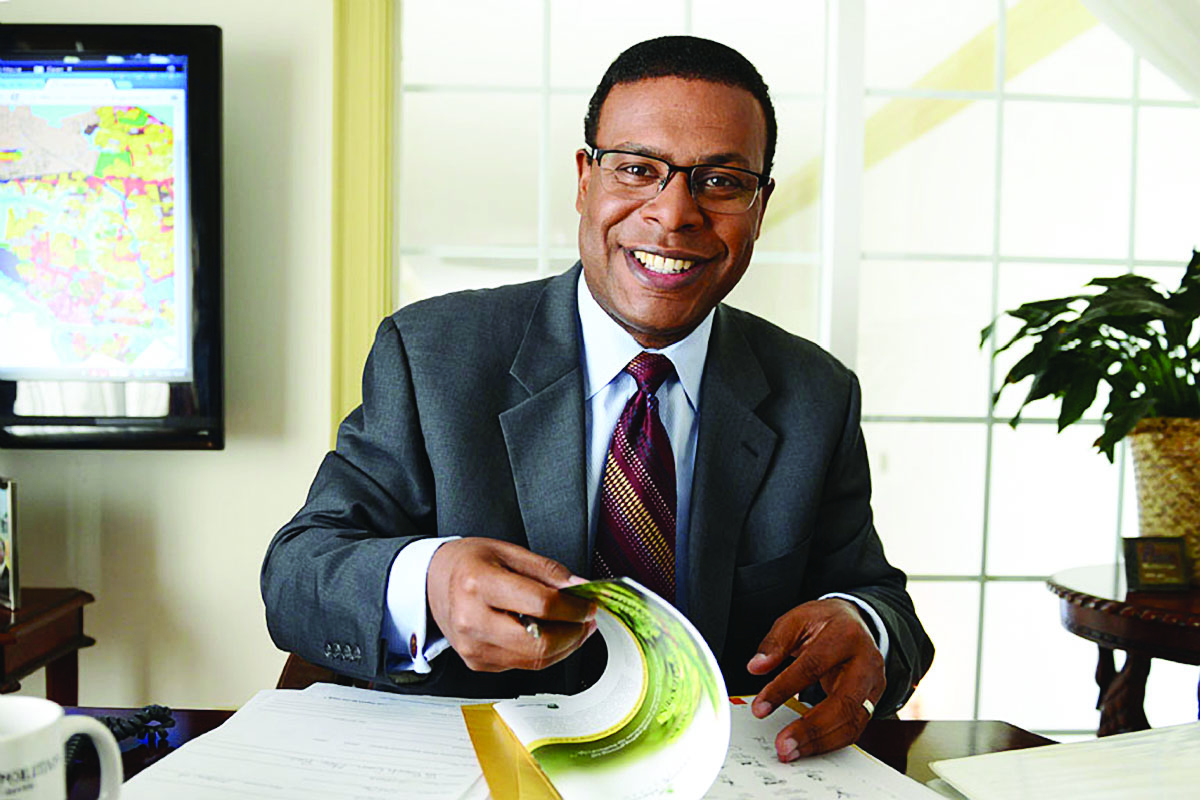 History was made in Norfolk on May 3, 2016; that day, citizens elected for the first time a mayor who graduated from Old Dominion University – Kenny Alexander ’90. Alexander, a former state senator who took office as mayor on July 1, recalled a challenging curriculum at Old Dominion and a strong network of support from professors and students.

In his new job, he hopes to build another layer of support, vowing to increase collaboration between the city and the university.

“You have a major employer with faculty, staff and students who are eager to get involved,” Alexander said. “We shouldn’t miss that opportunity. “This is a moment for Norfolk, for ODU and for all of us to really come together and bring our best ideas to this space and harvest those ideas. If we get it right, we’ll all be better for it.”

Old Dominion’s president, John R. Broderick, said: “I am excited for our city that Sen. Alexander is now Mayor Alexander. I have worked with him the entire time he served in the General Assembly. He has always wanted to do the right thing for Norfolk, Hampton Roads and higher education. His passionate advocacy for ODU was a great reason why we have been successful in Richmond.”

His grandmother was the secretary at Antioch Missionary Baptist Church. His family owned Metropolitan Funeral Services.

How did politics get onto the list? Alexander met plenty of politicians who spoke at the church and also got their petitions notarized at the funeral home.

Alexander received an associate degree in mortuary science from John Tyler Community College, outside Richmond, in 1987. He returned to work at the funeral home, but a year later his grandmother told him, “You need to be a kid again.” He enrolled at Old Dominion in the summer of 1988.

“It was hard,” he said, “but there was a lot of support, not only from the faculty and staff, but also from the students. I just found Old Dominion to be a great university community. Everything was geared around your academic achievement.”

Alexander graduated in 1990 with a degree in political science. A few years later, he took over the funeral home after the premature death of his father.

He juggled his job duties with civic activities, leading the Beacon Light Civic League in Berkley and serving as a member of Norfolk’s Economic Development Authority and Planning Commission. That rekindled his interest in politics.

Alexander, a Democrat, was elected to the Virginia House of Delegates in 2002, serving there for 10 years before winning election to the Senate in 2012.

He received 52 percent of the vote in a three-way race for Norfolk mayor, becoming the first African-American elected to that position. Alexander said he sought the job because of the social challenges facing the city: “That’s my area of expertise.” And that’s where he sees his alma mater coming in.

The city and Old Dominion, he said, have already worked together to address flooding and sea level rise. “I would like to see more collaboration and more partnership with the university” on issues such as public safety and education.

“I want to take this asset here on the west side and bring some of that innovation and energy throughout downtown and the rest of the city to help us address some of our social and economic ills,” Alexander said.

“It’s almost a ‘must’ in the place where we find ourselves.”