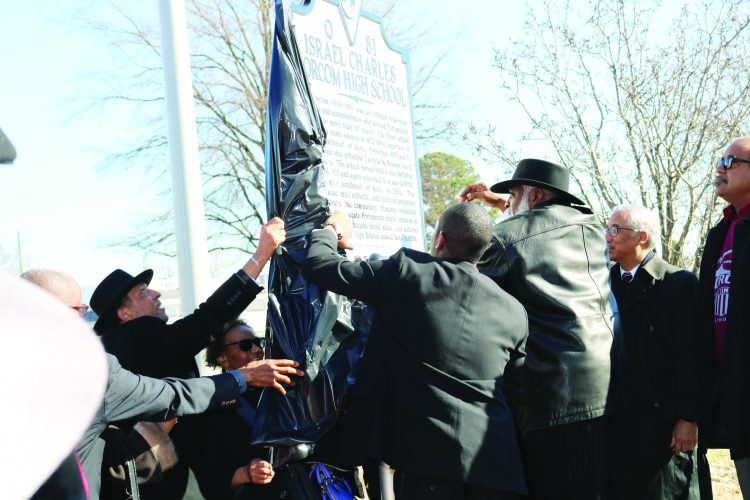 PORTSMOUTH
A highway marker honoring I.C. Norcom High School’s namesake was unveiled on Jan. 26. Israel Charles Norcom (1856-1916)was an African-American educator and administrator who served Portsmouth schools for more than 30 years. The event was hosted by the African-American Historical Society of Portsmouth and held in the Norcom auditorium.

Those attending the event were led from the audience to the marker site in front of the school for the unveiling.