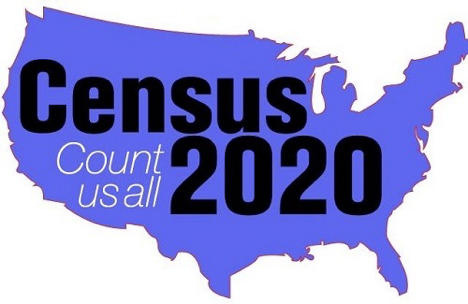 TriceEdneyWire.com
A special report released by the National Urban League reveals that the U. S. Census Bureau omitted at least 3.7 million African-Americans from its 2010 count, nearly five times the 800,000 “undercount” that the bureau has long reported.

Largely due to the Coronavirus, the sluggish response to the 2020 Census count now underway is on track for the same or even worse results, NUL predicts. The organization says the Black community stands to lose billions of dollars and significant political power if something is not done quickly to speed up and establish a more accurate count.

“As a gauge, last decade, 9% of Black people in the U.S. (approximately 3.7 million people), were missed in the 2010 Census – an “omission” rate higher than any other racial or ethnic group,” says NUL’s 12-page “State of the 2020 Census” report released June 17. “Preliminary assessments of 2020 Census household response rates to date, portend the potential loss of billions of dollars in federal funding allocations, power and political representation for the Black population, if nothing is done to stop this trend.”

Using the mapping tool of the City University of New York (CUNY), the NUL reports that “currently, approximately 25% of households residing in predominantly Black areas are in the bottom 20% of response rates (below 50%),” so far.

Among the report’s key findings:

• Young Black Children are poised to experience historic undercounts in the 2020 Census…Seven out of 10 black and brown children 0-5 years old were not counted in the 2010 Census.

• The U.S. Census Bureau’s enumeration of persons experiencing homelessness has not occurred.

• The U.S. Census Bureau’s difficulty in rescheduling the enumeration of college and university students and conducting outreach targeting these communities with clear and concise guidance, will impact local communities and the black count overall, if not corrected.

• An undercount of the Black population in southern states will impact the overall Black count in America.

The Census count started April 1. People can respond by phone, mail or online. Through July, August, September, and October, Census workers will escalate their attempts to count college students; plus anyone who has not responded by going to homes until the end of October.

Civil rights organizations have gone into high gear with an educational campaign pushing the importance of an accurate Census count to the Black community and other communities of color. Yet, it appears that the extent of the Census omissions in 2010 is now being widely reported for the first time.

“The U.S. Census Bureau and the current Administration must do all that it can to ensure an accurate count of the Black population by reallocating media resources and outreach to address these circumstances,” says NUL President/CEO Marc H. Morial in a release accompanying the report. “Historically, African Americans have been undercounted each decade. Approximately 3.7 million African Americans were entirely uncounted in the 2010 Census. The 2020 Census raises new risks and uncertainties that put an already vulnerable Black count at extreme risk.”

Meanwhile, the NUL’s State of the 2020 Census” report has sounded an alarm, apparently using the words “undercount” and “omissions” interchangeably.

“A census undercount of any population in the U.S. would have far-reaching implications. For Black populations, the consequences would be devastating, particularly in the aftermath of COVID-19 which has exposed deep systemic and underlying economic, wealth and health disparities within African American communities.

Similarly, as racially-motivated police brutality in the Black community continues with deadly effect, an accurate census count helps ensure fair political representation and federal funding to address these concerns,” Morial says in the Executive Summary of the report.

“The purpose of this State of the 2020 Census report is to ‘sound the alarm’ about the current status of the Black census count. Over the past three months of 2020 Census operations (starting last March 12th for most of the United States), the National Urban League has observed low response rates across heavily populated Black localities – both urban and rural. As a contributing factor, COVID-19 has disrupted Census operations off and on, for the entire nation. A full, fair, and accurate 2020 Census count remains is imperative as we rebuild our communities in a post COVID-19 environment.”