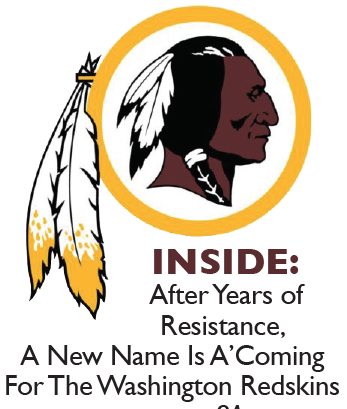 He always realized the team’s mascot and nickname referring to Native Americans was offensive and racist.

Wright realized that over the past decade, there were two movements to get team owner Daniel Snyder to drop the name, to no avail.

Two years ago, Wright recalled attending a game, and several Native American chiefs held a ceremonial dance event in the middle of the field.

Later, he said, the chiefs said the team’s use of the racist moniker was not offensive to them.

“That caught my attention. I asked myself, where the hell did they get these guys? They have sold out their people on this issue. I wondered how much Snyder paid them to help him make this issue go

But on July 13, after days of building pressure from the business community, and the Black Lives Movement (BLM), Snyder announced he is retiring the Redskins nickname immediately and adopting a new and less offensive one.

A new name has yet to be revealed.

Snyder, in a statement said, he and new head coach Ron Rivera, who is Hispanic, are working closely together to come up with a new name and design that will “enhance the standing of our proud,

tradition-rich franchise and inspire our sponsors, fans, and community for the next 100 years.”

Snyder had resisted getting rid of the Redskins nickname for years, despite pressure from business partners in recent weeks.

FedEx, which holds the naming rights to the team’s stadium, threatened to abandon the team. The team would lose millions of dollars.

Amazon, NIKE, Walmart, and Target threatened to remove Redskins paraphernalia from their lists of NFL merchandise.

Wright, a businessman, was elected Mayor of Portsmouth first in 2010.

He said despite the offensiveness of the nickname and cries for it to be abandoned from BLM activists, what turned the tide was money, and Snyder’s fear of losing money.

The NFL team formally named the Redskins, and is located in Prince George County, Maryland, is worth over $2 billion.

“This is a teaching moment for the African American community,” said Wright. “Marching is not going to get this kind of change alone. When Amazon, Target, and Walmart said they were going to stop

selling Redskins trinkets, that is when Snyder started listening and respecting the movement. Now we see change is taking place.”

“This current Movement is very powerful,” said Wright. “But unless Black Lives Matters and their supporters get strategic and get corporate America on their side to further change, white America will not take you seriously. They do not care about your

great-great-great grandmother being a slave. They profited from her labor. Their descendants will do the same if we do not get strategic and force them to change images that offend Black, Brown, and other

Wright pointed up another instructive and historical moment.

Fed-Ex Stadium was once named after the team’s second owner Jack Kent Cooke, who is now dead.

Wright said during the Administration of Virginia Governor L. Douglas Wilder, Cooke approaches him to build the stadium in Virginia.

The deal was loaded with financial incentives to lure the Redskins to Virginia.

Wilder knew the state would rake in millions in revenue.

But the Virginia legislature told Wilder, according to Wright, “he must have lost his fragging mind to propose such a deal”.

So, Cooke, according to Wright, was approached by Wayne Curry, the African American Chief Executive of Prince George’s County, Maryland.

“Wayne convinced Cooke to come to Maryland,” said Wright. “Also, Curry created the most effective minority contractor participation program ever known in that state. Blacks got contracts to build that stadium. Black vendors supplied stuff on down to toilet tissue after it was constructed.”

When Wright became Mayor of Portsmouth, he created a program, to raise the number of minority vendors bidding for contracts to provide goods and services to that city.”

“That is another teachable moment for Black people,” said Wright. “We must convert the influence of this movement to force cities to open their procurement programs and provide economic opportunities for Black businesses in every city.

“As with Daniel Snyder, we must understand that civil rights and economic rights are the same. This

movement will go further if we can strategize to create wealth and political power for Black people.”

Seventy-five percent of the players in the NFL today are Black.

The NFL did not totally desegregate until 1962, and the Redskins were the last team to do so.

Thomas G. Smith writes in his new book, “Showdown: JFK and the Integration of the Washington Redskins,” Redskins owner George Preston Marshall was the last holdout.

“He loved being a holdout because he loved the attention,” Smith told NPR’s All Things Considered guest host Laura Sullivan. “His excuse for being the only holdout [was] the Redskins are the South’s team and the South is segregated. So is the nation’s capital, and this is my primary audience.”

The team started as the Boston Braves and in 1933, the team moved into Fenway Park. Marshall hired a new coach, a Sioux Indian, Star Dietz, “and to honor Dietz, he renamed the team Redskins,”

Smith said Dietz and players were forced to wear war paint and act out Indian-style dances on the field. Smith said that made players so tired after the humiliating shows, they continually lost games.

Racism also made the team a perennial loser. The team refused to draft or trade for African Americans.

Marshall passed up Hall of Famers like Jim Brown and Jim Parker for white players.

By 1960 When the Skins moved to D.C., the Civil Rights Movement was picking up steam and Washington was a majority Black city.

Pressure from Black fans and the media did not deter Marshall from his old ways.

But leverage arrived in 1961 as the Redskins prepared to move into the brand-new D.C. Stadium, later renamed for Robert F. Kennedy.

The stadium sat on federal land. President John F. Kennedy’s interior secretary, Stewart Udall, gave Marshall an ultimatum, according to Smith. “If you do not hire a Black player, you will not be able to use this new stadium,” Udall said.

Marshall refused, Udall backed off, and the

But Udall told Marshall “…if you don’t integrate in 1962, you will not be able to use the stadium.”

That was Udall’s line in the sand, and he told Marshall to sign a Black player, turning the 1962 draft into a showdown.

Marshall refused but told the team’s head Bill McPeak to do it for him.

The team selected Syracuse back Ernie Davis as its first pick in the 1962 draft. Davis was traded.

The team eventually signed five African Americans, including future Hall of Famer Bobby Mitchell, who maintained he never had any issues

with George Preston Marshall but faced much hostility from fans.

Mitchell, the Redskins first Black star moved from player to the front office in various jobs and retired in 2002. 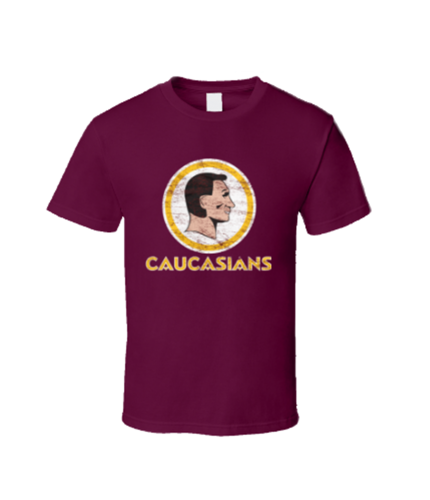 A T-shirt with, say, the word Redskins on it would not attract attention, but that’s not what happened when Frederick Joseph wore a T-shirt...