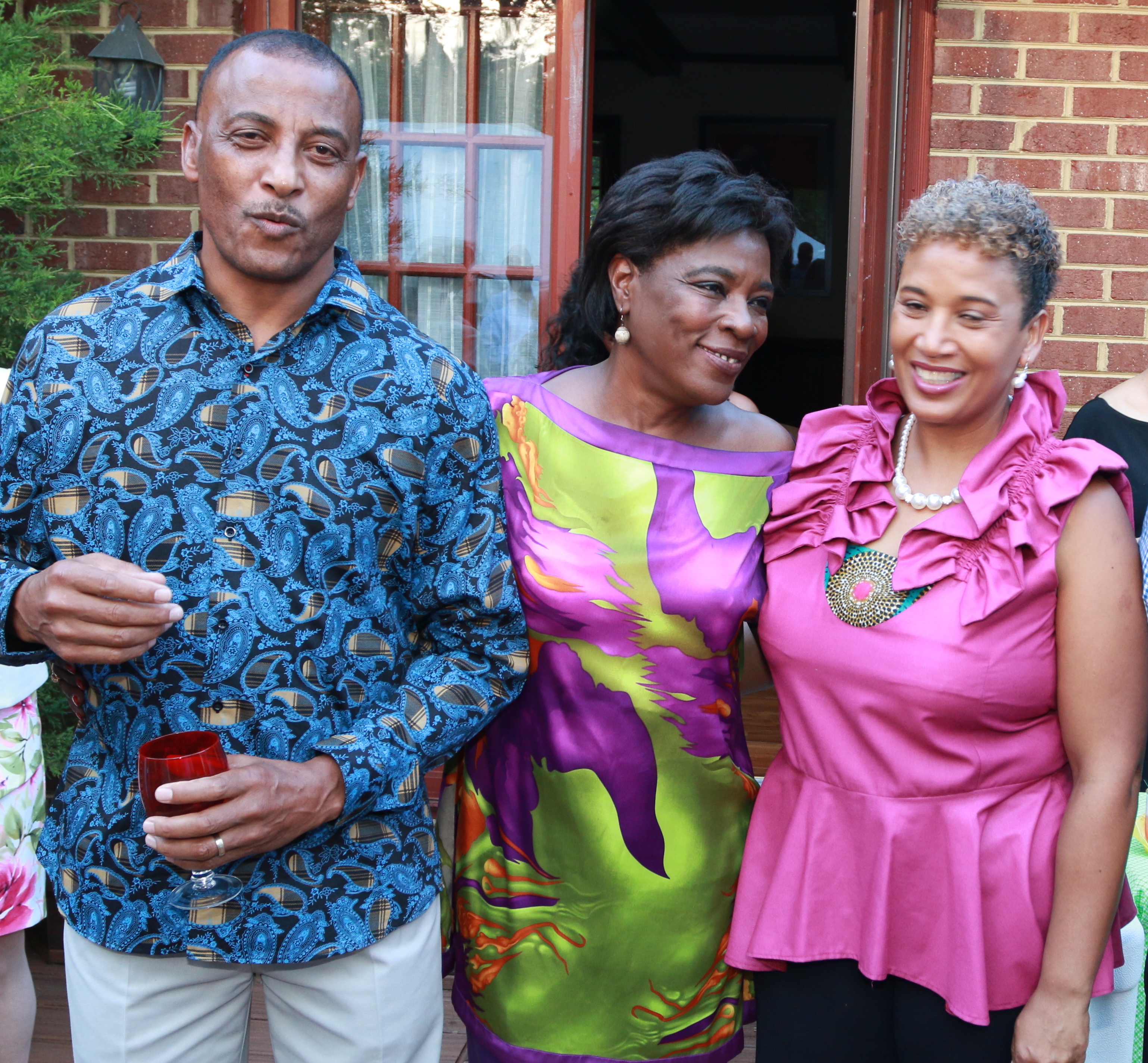 Supreme Court Judge Leona Theron from South Africa and her husband businessman Charles Sarjoo and their family members were welcomed by the Myricks and members of the Hampton Roads community in attendance. The family was in the United States to attend the college graduation in North Carolina of their daughter.

At age 33, Judge Theron became the first Black female judge in South Africa after an appointment by former president Nelson Mandela, making her the country’s youngest judge. Her husband is an astute businessman with investments in several enterprises in his country.

The traveling family members included a daughter, goddaughter and the parents of Judge Theron.

The outdoor setting provided for an entertaining evening on the Myrick’s lawn where tents had been set up to accommodate a catered dinner for approximately 75 guests.

The April 27th event corresponded with the South African observance of Freedom Day, a holiday marking the liberation of the country and its people from a long period of colonialism and White minority domination (apartheid).