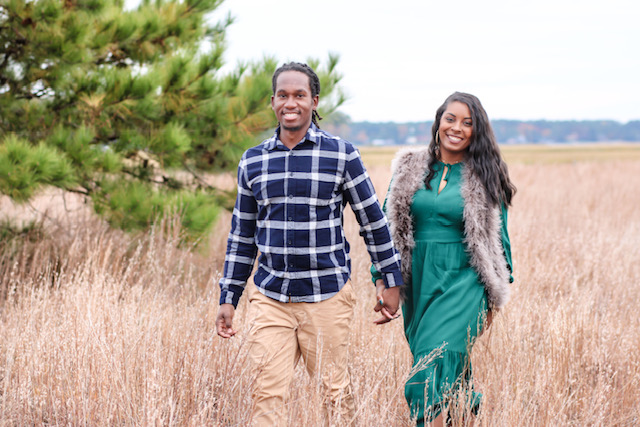 Today over a half million children nationally and 5,000 Virginia children are in foster care during the 2021 version of Foster Care Awareness Month. From infancy to age 18, they have been removed from unstable homes and placed for varied periods into what is believed will be loving and stable ones.

The Virginia State Department of Social Services, (VSDSS) engages with nonprofit agencies such as Virginia One Church One Child to recruit and encourage individuals and families to join the growing network of foster households.

“One Child One Church” (OCOC) was founded by members of the Richmond-based General Baptist Convention, and for three decades has been advocating foster care or adoption of African American children needing a stable family unit.

Diane Chappell is the regional recruiter for OCOC. She said the VDSS is seeking to reduce the time children stay in foster care.

She said the agency seeks quick resolution to the issues which caused the child to be removed from their biological families.

If a situation is unrepairable, and if the biological parents relinquish, or the state orders parents to give up the children, then adoption or foster care is the most viable resolution.

“Returning the child or children to the family is the priority,” said Chappell. “If not, an extended family member, such as a loving aunt or uncle is the best option.

Until then, foster care can provide that temporary protective situation for the child.

Chappell said although family or extended family adoption is viable, it may not be for some families or adults.

She said older children may be deemed as having some form of emotional issues. Thus some of them may be placed, unfortunately in group homes for varied periods until extended foster care or adoption options are available.

Chappell said a portion of children who are placed in foster care may “age out” of the system at age 18.

The State Social Service agency will provide support for this class of foster care clients, including providing funds to attend college or other educational options that are available.

Aaron and Monique Ransom have managed to apply all three forms over the past six years.

They have biological offspring, born shortly after they adopted two children who settled into their home via the foster care system.

They recently decided to adopt another foster care child. Soon a foster child in their care will be returned to her biological parents.

The couple is young, professional, resourced and were contemplating plans to make other additions to their clan.

They live in Chesapeake and were bolstered by their faith, and an organization designed to promote adoption or foster care parenting.

In their early 20s when they married six years ago, along with other decisions they had to make, they considered how they would build their new family.

They devoted time to various Title 1 schools in the area which serve the neediest children and realized some of the issues they face each day.

Foster care and adoptions were considered. One day while attending church, they found a flyer from the Bair Foundation. Headquartered in New Wilmington, PA, it has 30 offices in nine states including Virginia. It provides networked services related to Adoption, Foster Care, family planning, and therapy for children with the most severe emotional, and physical issues.

Monique Ransom began investigating the Bair Foundation with the the help of a fellow church member.

“We discovered the Bair Foundation specialized in dealing with children with major trauma and emotional issues,” she said. “Some of which come from extremely abusive situations. They put it all out there and it was eye-opening.”

They applied and passed a background check clearing them of any criminal behavior or financial pressures. They were told of the financial assistance available to them.

They started their indoctrination into the program in early 2015. But inclement weather caused the six weekly classes to slow the progress over three months.

By July, the foundation had found two children—a three-year-old male and a nine-year female—needing a home.

The children were in a holding pattern in the home of another foster parent.

This gave the Ransoms a chance to start “preparing” for their “adjustments” they knew they had to make.

They had a three-bedroom condo, and they began to outfit separate bedrooms with beds, and other features including books Aaron Ransom used as a child which was donated by his mother.

The social service agency had to personally interview them as a couple and separately.

There were a series of inspections of their home. It had to be childproofed, void of anything which posed a danger to the children.

“And then we prayed,” Monique Ransom said. “We did not know what we were getting into. These children had been torn from their family and we are sure there would be some issues.”

When the children finally arrived, there was the initial

“We had no children…no experience at parenting,” said Monique Ransom. “But we did have good strong parents who gave a model for parenting. We thought we knew what to do and say based on how we interacted with our parents.”

The first challenge arose in the form of tantrums from the three-year boy.

“We knew he was stressed and had lost his mom,” she recalled. “So, we consulted friends and family who have children for help through it.”

When the three-year-old fell ill with a fever, the

couple attributed it to the stress of separating from his previous foster parents.

The couple worked so they had to find affordable childcare and initially chose a school near the home of the original family which created concerns for them.

So, they enrolled both children into a Christian-based private school they were familiar with.

Months passed and the two foster siblings settled into their new home.

“Then we discovered I was pregnant,” Mrs. Ransom said. “We had more adjustments to make. But we knew we could not do it without our faith.”

With the support of immediate family, therapists, and a support group full of adoptive and foster parents, Aaron and Monique Ransom were able to nurture and expand their family.

Monique Ransom, who formerly worked in the health insurance industry, is now a stay-at-home mom.

Her husband is a medical device sales representative.

With funding support from the state which assists in covering a portion of their expenses for their children, the Ransom clan is content and stable.

Today, the initial foster children — now adopted — are nine and 15 years of age.

Do they long to connect with their biological family?

“We know they do,” said Mrs. Ransom. “We know it’s painful for their first family. But we tell them why it is not possible currently and they understand. But when the time comes, we will support them and pray for them.”

“We are motivated to do this because we know our ‘why’,” said Mrs. Ransom. “Some people do it as a good deed…But God gave these children a purpose.

“The devil has tried to destroy that purpose. And we wanted to prevent it. That is our ‘why’.”