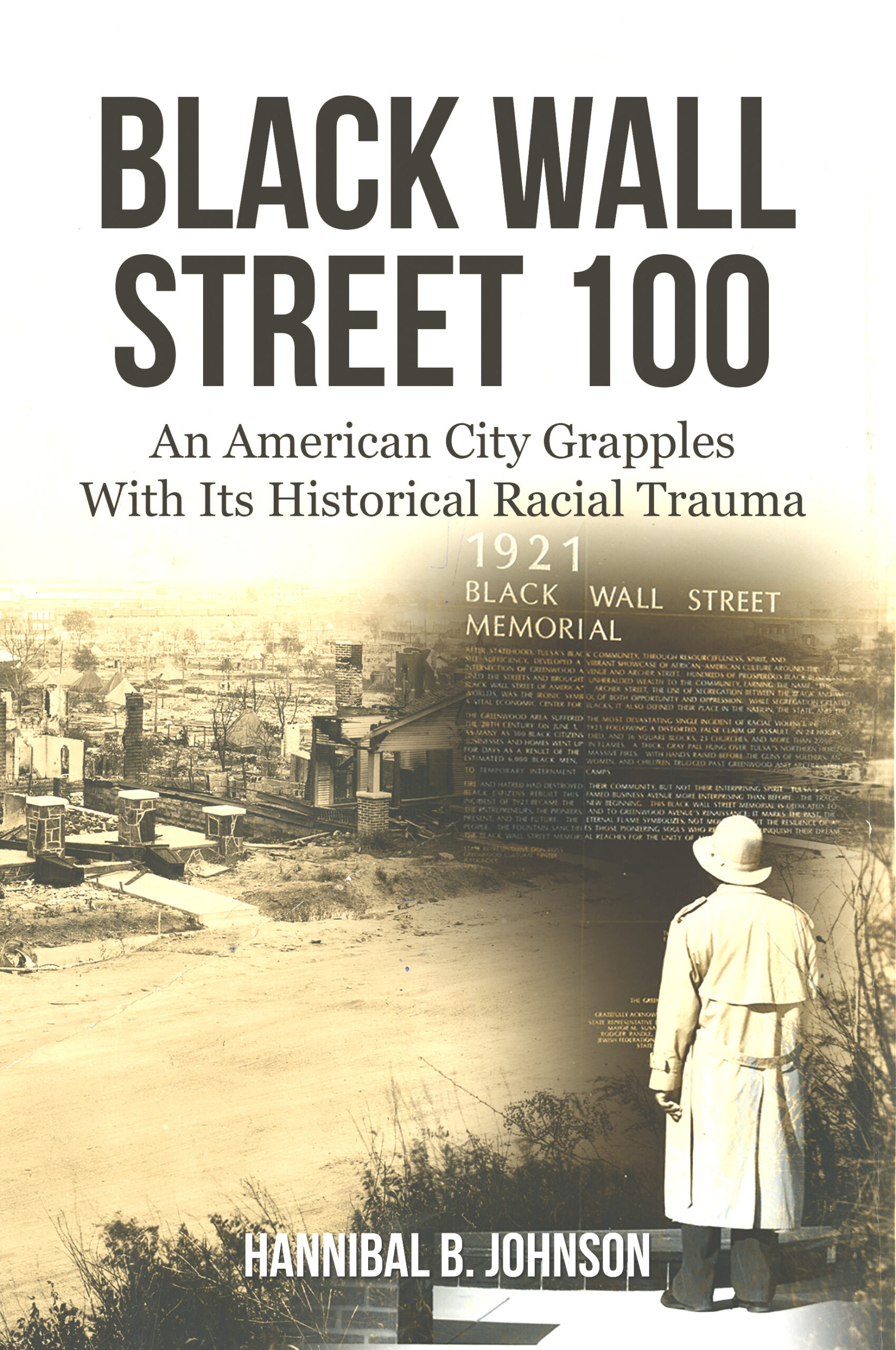 What Triggered the Most Notorious Race Riot in American History

Twenty-six were Black, and nearly all were men or boys.

White Supremacy against Blacks was common, as well as against Native Americans and Asians, who experienced similar violence, theft of their lands, and denial of rights.

At the same time, Blacks all across the country, in segregated sections of cities forged economic, political, and social systems of their own in isolation.

Even here in Hampton Roads, Blacks in Norfolk, Portsmouth, Hampton, Princess Anne County (Virginia Beach now), and Newport News, had businesses, were served by Black doctors, lawyers, and accountants. This wealth and professional structures saw their genesis from the first Black institutions they controlled: the church and their families.

A notable example of this trend was in Tulsa, Oklahoma.

The city’s population was 72,000 in 1920 and Blacks established their economic and social life in the Greenwood section of town.

Black Americans had created their own businesses and services in this enclave, including several grocery stores, two newspapers, two movie theaters, nightclubs, and numerous churches.

Black professionals, including doctors, dentists, lawyers, and clergy served the population of Blacks.

But despite the community’s prosperity, the Black inhabitants were not shielded from the destructive forces of Jim Crow and White Supremacy.

The Tulsa Race Riot, also known as the Greenwood Massacre, which destroyed the “Black Wall Street”, occurred May 31 to June 2.

Mobs of white residents, many of them deputized and given weapons by city officials, attacked Black residents and businesses of the Greenwood District and destroyed it physically.

In Tulsa, the attack was carried out on the ground and from private aircraft, destroying more than 35 square blocks of the district—at that time the wealthiest Black community in the United States, known as “Black Wall Street”.

More than 800 people were admitted to hospitals, and as many as 6,000 Black residents were interned in large facilities, many of them for several days.

The massacre began during the Memorial Day weekend after 19-year-old Dick Rowland, a Black shoe shiner, was accused of assaulting Sarah Page, a white elevator operator of the nearby Drexel Building. She is assumed to have been as young as 15-years-of-age.

He was taken into custody and rumors spread through the city that Rowland was to be lynched.

Reports of hundreds of white men gathering around the jail where Rowland was being kept blew through the Greenwood section.

In response, after gathering at a Black-owned hotel, 75 Black men, some armed, arrived at the jail to ensure Rowland would not be harmed.

The sheriff persuaded the group to leave the jail, assuring them that he had the situation under control. As the group was leaving the premises, complying with the sheriff’s request, a member of the mob of white men allegedly attempted to disarm one of the Black men.

A shot was fired, and then according to the reports of the sheriff, “all hell broke loose.” At the end of the firefight, 12 people were killed: 10 white and 2 Black.

As news of these deaths spread throughout the city, mob violence exploded. White rioters rampaged through the Black neighborhood that night and morning, killing men and burning and looting stores and homes. Around noon on June 1, the Oklahoma National Guard imposed

Over 10,000 Black people were left homeless, and property damage amounted to more than $1.5 million in real estate and $750,000 in personal property (equivalent to $32.25 million in 2019). Many survivors left Tulsa, while Black and White residents who stayed in the city kept silent about the terror, violence, and resulting losses

for decades. The massacre was largely omitted from local, state, and national histories.

1921 marked about 65 years since the end of the war that ended slavery and 63 years since Black people were granted citizenship.

But by 1921, African Americans had taken steps forward by securing as citizens the right to vote and participate in the nation’s economic system.

The Reconstruction period after the Civil War had briefly allowed them to experience some progress; but then Jim Crow segregation neutralized laws that protected them and separated them socially and economically.

By 1900, hundreds of Black people had begun to migrate northward to flee Jim Crow and its brutal system of oppressing them.

African Americans fought in the Civil War and World War I. Black veterans returned to the South or to northern cities that their families thought was a refuge from Jim Crow.

But during the “Red Summer” of 1919, in urban areas such as Chicago and rural Elaine, Arkansas, race riots erupted. And Blacks competed for work and resisted police brutality.

Whites, including local authorities, attacked Black communities and Blacks fought back and lost their lives.

Lynchings in the United States averaged about 30 or more per year. A study done of 100 lynchings from 1929 to 1940 discovered that at least one-third of the victims were innocent Black men or boys in the south. A Survivor’s First Hand Account of The Tulsa Massacre.

Last week the three remaining survivors of the 1921 Tulsa Race Riot testified before members of Congress on Capitol Hill to share their recollections of the incident.

“We live with it every day, and the thought of what Greenwood was and what it could have been,” Hughes Van Ellis said.

One hundred years later, the remaining survivors of the 1921 Tulsa Race Massacre say they are still seeking justice. On May 16, they shared emotional testimony in front of the House Subcommittee on the Constitution, Civil Rights, and Civil Liberties.

“I will never forget the violence of the white mob when we left our home,” said Viola Fletcher, 107, the oldest living survivor.

“I still see Black men being shot, Black bodies lying in the street.”

Another survivor, who was six at the time, recalled the horror of that night.

“It was like a war. White men with guns came and destroyed my community,” Lessie Benningfield “Mother” Randle said. “We couldn’t understand why. What did we do to them?”

The Tulsa Race Riot, also known as the Greenwood Massacre, which destroyed the “Black Wall Street”, occurred May 31 to June 1, 1921. Hundreds of Black-owned businesses and homes in the Greenwood district of Tulsa, Oklahoma were destroyed by white mobs, many of them deputized and given weapons by city officials.

While the three survivors are remaining living voices who recalled the destruction of the Greenwood section of Tulsa, a book “The Nation Must Awake” is the only firsthand account of the tragedy ever written.

The author was Mary E. Jones Parrish, who moved from Rochester, New York To Tulsa in 1919 or 1920 and acquired a job teaching typing and shorthand at the Hunton YMCA which served the African American community. Born in 1892, Parrish died in 1972.

Parrish’s book was first published in a small number in 1923 by Trinity University Press, as a reporting assignment by the Interracial Commission of her firsthand experiences of the race riot and weeks later.

Recently Anneliese M. Bruner, a great-granddaughter of Parrish had it republished in greater numbers and broader distribution.

Bruner is a writer and editor, and her work has appeared in Honey Magazine, Savoy Magazine, USAID FrontLines, and The Lily (Washington Post). Born and raised in San Francisco, she has lived in Washington, D.C., for more than 35 years.

She is among the dignitaries delivering speeches this week in Tulsa as part of the 100th commemoration of the riot which killed some 20 plus Black people.

In an interview for Trinity Press with Elena Negron, Bruner said she first heard of the Tulsa Massacre and the book her great-grandmother wrote first in 1993.

“I was home in California for the 1993 holiday season, and my father, who was Mary Parrish’s grandson, took me aside to say I was the matriarch of the family,” Bruner recalled. “He gave me a copy of the 1923 book and told me his maternal grandmother had written it, but he

didn’t say anything about the Tulsa disaster.”

“I had not learned about this pivotal event in any American history class,” she continued. “He wanted to see if there was anything I could do with the story, to help get it out there.”

In the book, Mary Parrish recalls first visiting Tulsa in 1918 briefly and then she returned to Rochester, New York. She had to return to McAlister, Oklahoma when her mother died and settled on living In Tulsa.

When she left the train station and “going north on Archer Street, one could see nothing but Negro business places.”

“Going on Archer Street for two more blocks, there you would behold Greenwood Avenue, the Negro Wall Street and this section of Tulsa was a city within a city and some malicious newspapers take pride in referring to it as ‘Little Africa’.”

“The evening being a pleasant one, my little girl had not retired, but she was watching the people from the window,” Parrish wrote.

“Occasionally she would call to me, ‘mother look at the cars full of people’.

“I would reply, ‘Baby, don’t disturb me; I want to read’.” “Finally, she said, ‘Mother I see men with guns.’ Then I ran to the window and looked out.”

Parrish wrote that after talking to her neighbors, she noticed a small group of armed Black men readying to drive to the Tulsa City jail to protect a Black man who had been accused of attacking a white woman.

She said the Black men arrived at the jail and over 500 white men were already there. Their numbers would swell to over 1,000.

She said a stray shot rang out and that is when “as General Ulysses Grant said ‘All Hell broke out’.”

To Read more, please subscribe to our print edition.