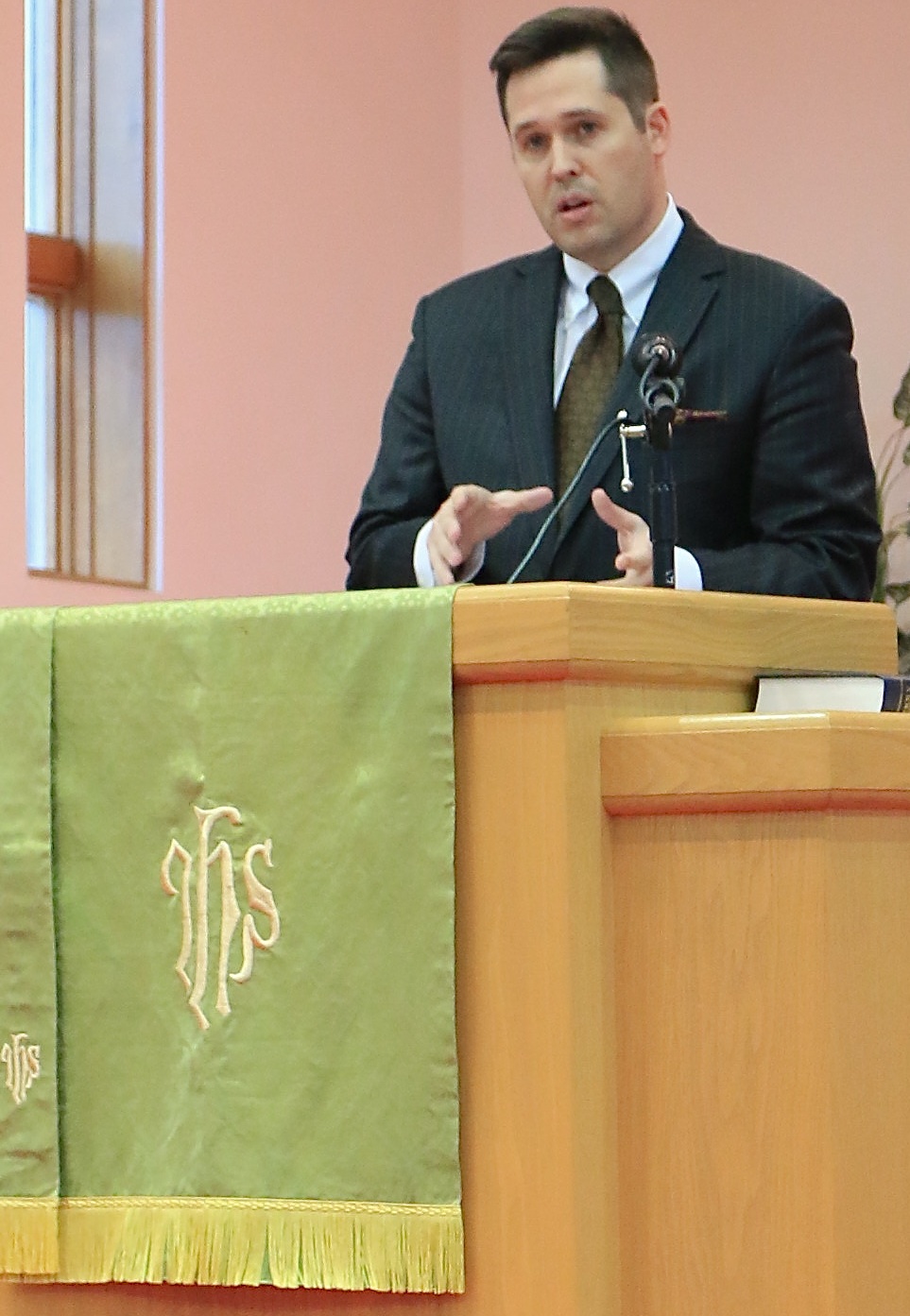 Here we are, celebrating the prophet who brought us, all of us, to within sight of the Promised Land. We celebrate two generations who have been born with recognized legal status, a more integrated society, more equal opportunity. Our nation has taken steps to more fully realize the promise and hope of the Declaration of Independence.

We celebrate a life that was a light in the darkness of the American soul, a light extinguished too early. Our strides fall short, the course King started us on lies incomplete.
Dr. King, in his “Letter From the Birmingham Jail,” told eight white, privileged, well-meaning, but ignorant supporters of the status quo, “there can be no deep disappointment where there is not deep love.”

These words and this letter were a bridge from one world of experience to another, from one America to another. His words of admonishment were offered yes, with deep disappointment, but also with love and with hope.
Dr. King spoke to these religious leaders and told them his deep disappointment with white moderates and with the white Church over 50 years ago. He told them, “We will have to repent in this generation not merely for the vitriolic words and actions of the bad people, but for the appalling silence of the good people.”

He was responding to an open letter chiding the Civil Rights movement for moving too quickly, needing to wait, charging that King and his followers were setting undermining their own efforts by pushing too hard.
They were not so different from me. “Patience,” they said. “Wait,” these white, affluent, moderate Christians said. They were so certain that time itself would bring change, so certain that this sickness of the soul we call racism would run its course. They had the privilege of ignorance.

“But when you have seen …” he replied.
“When you suddenly find your tongue twisted and your speech stammering as you seek to explain to your six-year old daughter why she cannot go to the public amusement part that she has just seen advertised on television, and see tears welling up in her little eyes and see the depressing clouds of inferiority begin to form in her mental sky … then you will understand why we find it hard to wait.”

Church leaders commended the Birmingham police for “keeping order” and “preventing violence” to which King said that would not have been so warm had they witnessed their dogs attacking young boys, police pushing and cursing at women and children, and beating old men.

In his longest piece of public correspondence Dr. King spoke with a broken heart. From the disappointment of his betrayal by so-called white allies, King offered these words as a bridge. “There can be no deep disappointment where there is not deep love.”

Sure, our children can go to school together, but in most cases do not. Our youth groups do not know each other. If somehow our children become friends at a young age, it likely won’t last. That is because the Black child will someday face the bewilderment and shame of racism that the white child cannot or will not see. That moment, which is so common, that moment that I have been guilty of, that moment is Dr. King’s disappointment played out today.

Sure, an African-American six-year old girl can go to the amusement park, but while white mothers and fathers may dread the “birds and the bees” talk, Black moms and dads face a different “coming of age” discussion as they with “twisted tongues” and “stammering words” try to explain to their little boy that society will soon see him as an intimidating threat, someone to fear rather than love – something less than his peers.

And that moment is part of the chasm that still lies between us. Just as painfully still is the truth that at current pace, around a third of African-American males can expect to spend time in prison at some point in their lives and that while the African-American community constitutes around 15 percent of American society it makes up nearly half of the prison population. Black male teens are 21 times more likely to be shot and killed by the police than their white counterparts. Dr. King envisioned this Promised Land where all our children would be judged by the content of their character rather than the color of their skin.

Trayvon Martin, Eric Garner, Michael Brown, Dante Parker, Tamir Rice (a twelve year old), Walter Scott were all killed for the color of their skin. Had they been white they would have been treated differently.

Dr. King brought us to the very threshold of the Promised Land, but we see all too clearly the distance, the gulf that lies between us. Dr. King led us. He was our Moses and his words still speak to us. Dr. King’s heart broken words and disappointment reveal the gap that remains. But he promises that this disappointment is only possible because of love. Love seeks to cross boundaries, to pull together, to bind us, to make union.

How will we cross the chasm to be one?
When will we find the Promised Land? Where is our Joshua to lead us in?
Are we finally tired enough of waiting for someone else to do it, that we might actually step across this bridge and meet?

As Christians, as brothers and sisters in faith, we wait for the Kingdom to come, ruled by Jesus Christ, who understands suffering and brokenness, who alone can redeem, who alone offers the love and hope we hold on to for true reconciliation. Christ alone will lead us to the day of jubilation when wrongs are made right and the many become one, when the human stain of racism will be washed in his blood.

Even as we look to Christ we must not speak “wait” or “have patience” because heaven will not wait. Let us talk, together; work, together; pray, together. Let us, the Church, that broken body of Christ, learn to model the beloved community.
For there can be no deep disappointment where there is not deep love.