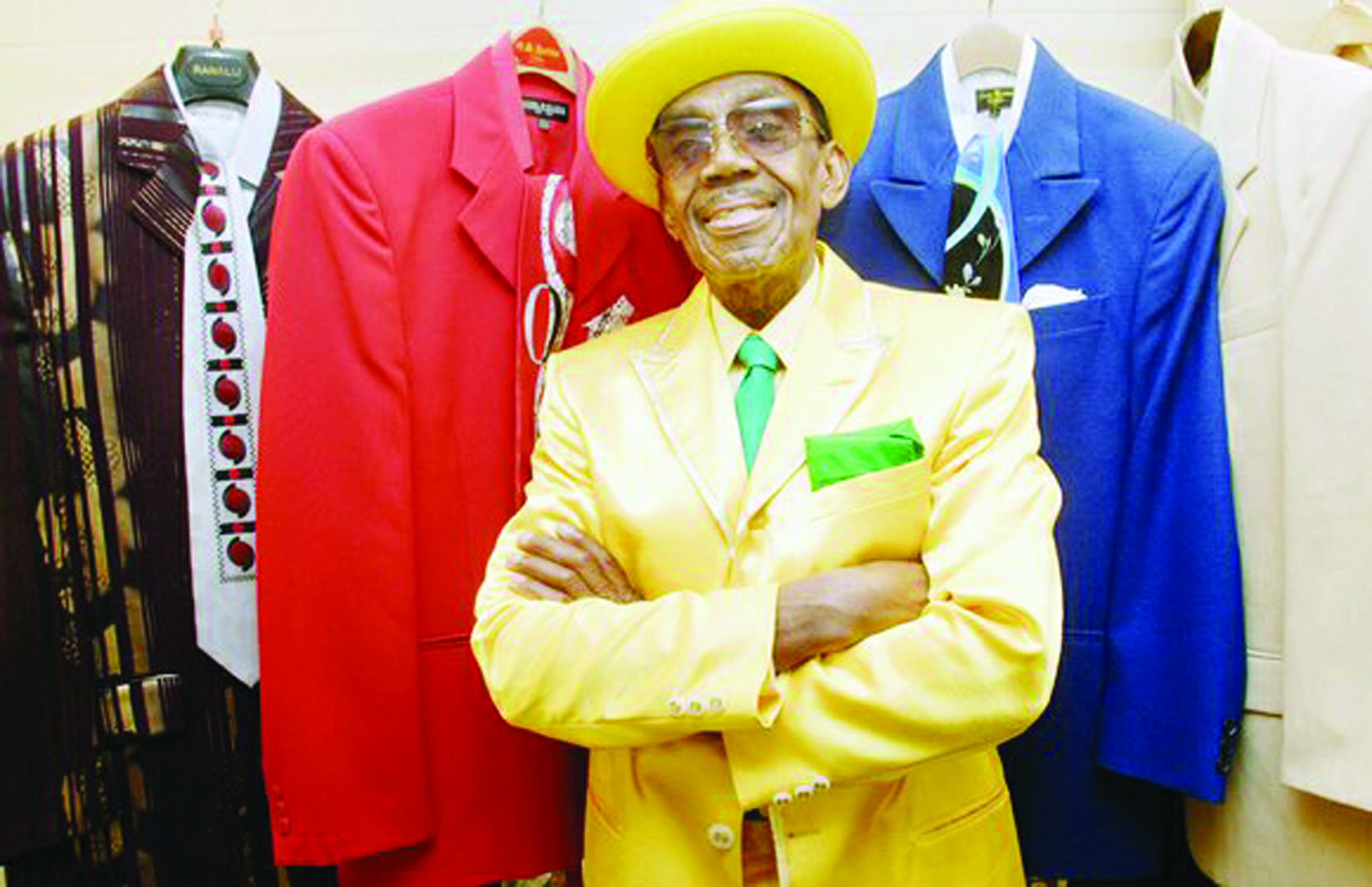 (TriceEdneyWire.com)
Abraham “Ham” Mitchell has wowed audiences at the CIAA Basketball Tournament for more than four decades with his dazzling attire, engaging personality and stylish strut.
Known as “Mr. CIAA,” he has entertained thousands of appreciative fans with the dapper tailor-made suits he wears during games that often reflect the official colors of the teams playing at the time on the basketball court.

Appreciative of his efforts to brighten the annual tournament’s atmosphere, the CIAA is honoring the Suffolk native at the tournament in Charlotte, N.C., by inducting him into the John B. McLendon Jr. Hall of Fame.
Mitchell was one of 10 inducted into the CIAA Hall of Fame. He will join a prestigious group of 264 mostly athletes and coaches who have been inducted since the first class in 1967.
“I’m surprised, shocked and honored,” Mitchell told the Richmond Free Press.

He and the 2016 inductees were recognized during halftime of the CIAA men’s championship game Feb. 27 at the Time Warner Cable Arena.
“They told me they’re presenting me with a plaque,” Mitchell said.
Asked what he plans to wear during the halftime ceremony, he said, “I’ve got something they’ve never seen. I’ve been working on it for a while. It’s going to be an eye catcher. I have gold shoes, a gold hat, a white suit and a white and gold necktie with sequins.”

He said he chose the colors because they are neutral to all the participating CIAA schools.
Mitchell said he first learned of his Hall of Fame selection in a Dec. 31 letter from the CIAA.
“I had no idea it was coming,” he said. “It makes me really happy.”

CIAA officials no doubt see it as a fitting reward for the man who has made so many others happy with his stunning array of suits and flamboyant style.
Mitchell, who politely declined to provide his age, said he first started dressing to the nines for games in 1971, when his nephew, Peter Mitchell, played at Norfolk State University. He said he started by wearing a shirt and tie bearing Norfolk State’s colors of green and gold. Later, he decided, to take it up another notch by changing clothes at halftime to bear the colors of the opposing team.

Now, Mitchell said, “I sometimes do eight” changes of clothes in a given day at the CIAA Tournament. No longer does he have to run into bathrooms to dress and re-dress. He said CIAA officials now provide him with his own dressing room.
He credits his ability “to glide” up and down the steps at the arena for helping him make the quick changes. “I also watch the game clock so I’ll know when my next change of clothes will be.”

During games, he poses for photographs with fans, signs autographs and smiles and waves to just about anyone he sees.
Among his countless warm tournament recollections, Mitchell said one fan who had traveled from Paris for the tournament said she made it a point to meet him because she had heard so much about him. He said he also “makes it a point” to go to a special section at the arena where senior citizens are seated.

“I also love it when the young children come looking for me,” he said of his quest to entertain others. “I usually give them a treat of some type when they come up to see me.”
The former drum major at Booker T. Washington High School in Norfolk learned how to sew from his mother, a seamstress. He tailors most of the clothes that he wears. Other clothes, he’ll buy, he said, when he travels to places such as New York City or Boston.

Mitchell is now retired from Crocker Funeral Home in Suffolk, where he worked in a public relations capacity for many years.
He said fans occasionally will ask him when he plans to retire as “Mr. CIAA.” But so many other fans, he said, make it clear they want to see him perform his fashion magic at the following year’s tournament. And, so, he returns year after year.
He said, “This is something I’ve enjoyed doing.”