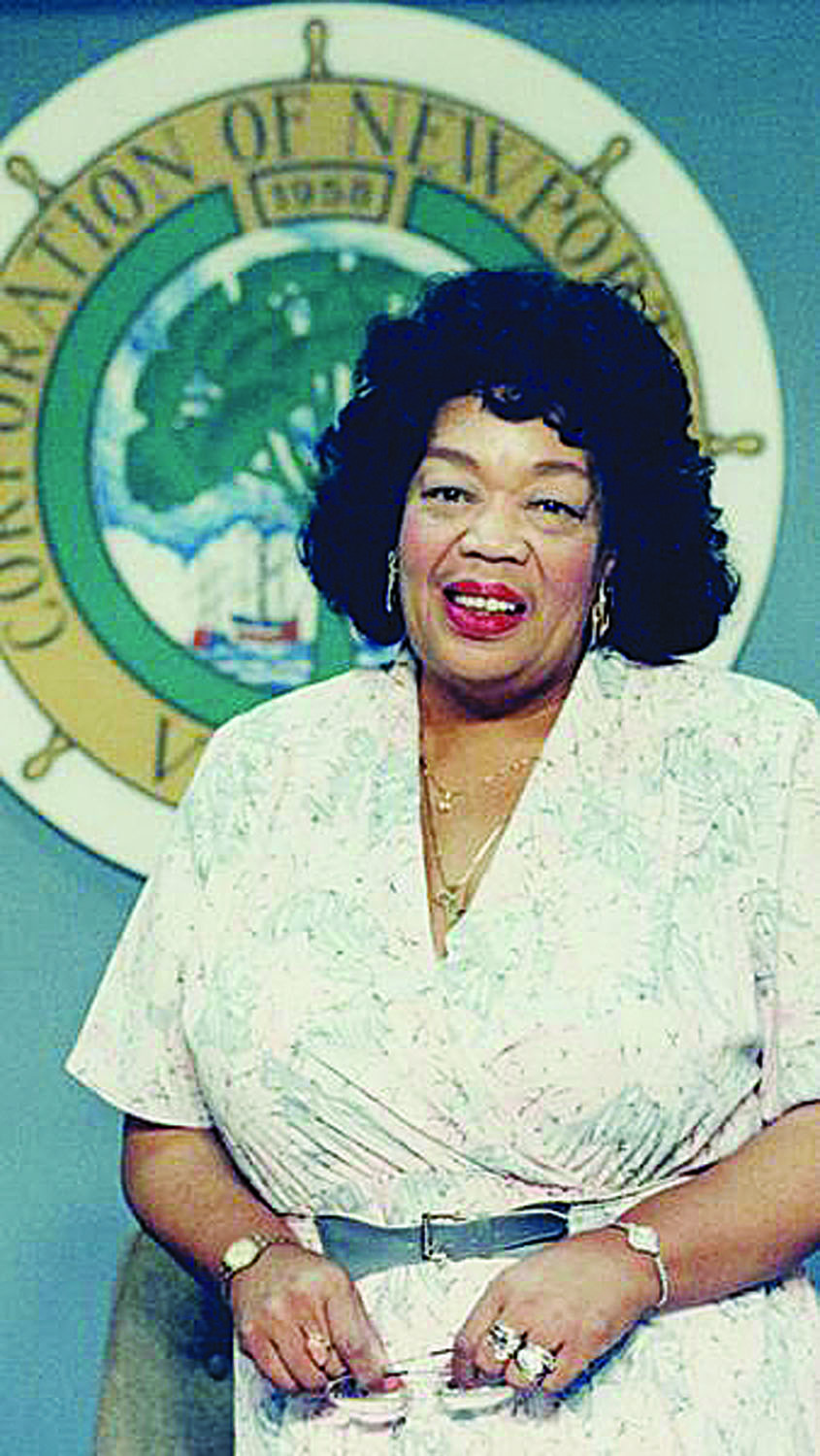 The first time Jessie Rattley walked through Hampton University in 1947, she probably had no idea that leaders in Newport News would some day name City Hall after her.
But, that is exactly what happened about 60 years after she waved goodbye to her parents Alonzo and Altona Menifield, left her home in Birmingham, Ala., in 1947, and entered Hampton University, where she graduated with honors in 1951. The next year, she launched Peninsula Business College with $60 for rent and a $50 down payment for 10 typewriters. By the time city leaders named the Newport News City Hall and the adjacent government buildings after her on Aug. 9, 2005, Rattley was a respected visionary worldwide.
She “made history so often that her accomplishments could fill a book,” the Richmond Times-Dispatch reported on Feb. 25, 2005.

“She was the first woman and first Black person elected to the Newport News City Council in 1970, and would mark similar firsts as mayor of that city 16 years later,” the Richmond Times-Dispatch noted. “Rattley was the first Black person elected president of the Virginia Municipal League, and the first woman and first Black person to head the National League of Cities.”
“She blazed trails for numerous women who would follow her example and venture into politics,” according to the Richmond Times-Dispatch. “Rattley was one of the best-known Virginia government officials in the nation, serving on numerous state and national study commissions. An early supporter of Jimmy Carter, she became a close friend of the president and would visit the White House during his term in office.”

“That’s quite a legacy for a person who, at age 11, performed domestic chores for a white family in her native Alabama,” the Richmond Times-Dispatch noted.
Were her visionary skills sharpened by necessity? The answer is probably yes. In a 1979 Associated Press story, Rattley said, “There were no opportunities for Blacks in Alabama in the 1940s.”

As a result, she left Montgomery and finished Hampton in 3 1/2 years, taking enough classes to earn 24 credit hours in one semester, before landing a job as a teacher in the Newport News school system where she organized the city’s first high school business course.
The lean years passed. And Rattley’s visionary mindset looked abroad. As mayor, she joined the National League of Cities and eventually became vice president of the group, which traveled to many foreign cities including Cuba, where she was granted a one-hour private audience with Prime Minister Fidel Castro, who asked her to speak to President Jimmy Carter on Cuba’s behalf. She also traveled to China.

Describing her visit to Israel in 1987, Rattley said in a speech to the United Jewish Community of the Virginia Community, “I was one of six United States mayors invited to share my experiences as a local government leader during the Forum …. My fellow mayors represented the cities of Hamilton Township, N.J. Glendale, Ariz., Dallas and Cleveland.”
“Though my two daughters and I were a bit apprehensive about my flight to the foreign country, I felt very safe when we arrived. “My experience was rich … Despite the difference between American and Israeli forms of government, I became immediately familiar with the land as I saw city signs with Biblical names on them.”

By the time Rattley died at age 72 in 2001, four years before city leaders named City Hall after her in 2005, she had already returned to education. In 1990, she was a fellow at the Institute of Politics at Harvard University, in Cambridge, Mass. Her study group was entitled “Local Government Stands Alone.”
A visionary until the end, Rattley in 1991 became a senior lecturer in the political science department at Hampton University until her death. Her memorial service was held March 6, at the Hampton University Memorial Chapel, according to the Daily Press. Her funeral was held March 7, at Carver Memorial Presbyterian Church.

Buried in Pleasant Shade Cemetery next to her husband Robert, who passed in 1982, Rattley had traveled far and wide, to the point that she was mentioned in the book Fortunate Son by Lewis B. Puller Jr., who lost both legs while fighting in Vietnam. His book was written as a tribute to his father, the late Gen. Lewis B. (Chesty) Puller, the most decorated marine in the history of the corps.

Puller was an attorney and a former United States Marine Corps officer who died at age 48 in 1994 after committing suicide. He wrote in his book, “Rattley was an imposing Black woman who controlled much of the Black vote in the east end of Newport News, but she had acquired that control by making a career of taking on the white establishment that ran the other end of town.”