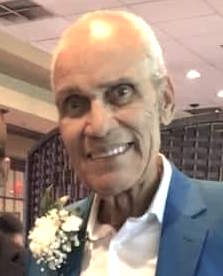 Roger Brown, 84, once a dominant defensive lineman in the NFL during the 60s, who became respected in the restaurant industry locally, died Sept. 16.

The cause of death was not announced by the family.

Brown was the owner of the “Roger Brown’s Sports Bar,” a fixture in downtown Portsmouth on High Street.

People who knew him said that Brown’s restaurant was one of the most prominent examples of African American enterprise in that part of the city over the past 20 years.

After he retired from the NFL in 1970, according to an article in the Norfolk Journal and Guide, during training camp, he said because he could not get into shape, he migrated to the business world where he advanced up the ranks of McDonald’s to the position of regional Personnel Manager.

Brown had a staff of 65 people who oversaw the operations of 289 McDonald franchises in 11 states, mostly in the western region, according to an October 14, 1992, edition of the GUIDE.

In 1991 Brown moved to Hampton Roads and became an owner/operator of a McDonalds at 801 London Boulevard in Portsmouth.

In 1992 Brown opened another McDonald’s Franchise at 1046 Campostella Road in Norfolk, Virginia.

During his early days in the business circles in the region, Brown became entrenched in the community.

He was a mover and shaker in the area’s Chamber of Commerce, the Portsmouth Olde Town Merchants Association, and Ronald McDonalds Charities.

“Roger Brown will always hold a special place in our team’s history,” Lions owner Sheila Ford Hamp said in a statement. “A member of the Lions’ esteemed ‘Fearsome Foursome’ of the 1960s …Roger’s career accomplishments solidify his legacy alongside some of the

all-time greats of our game. We are deeply saddened to learn of his passing, and we extend our heartfelt condolences to his wife, Kay, and the entire Brown family.”

Brown was inducted into the College Football Hall of Fame in 2009.

When Brown played in the National Football League, he was a member of the 60s’ “Fearsome Foursome” of

the Detroit Lions and Los Angeles Rams. There were several versions of the “Fearsome Foursome”, a name created by sports reporters in New York in 1957 and 1961 in San Diego.

In 1962, the name was applied to the Detroit Lions which featured Roger Brown, Alex Karras, Darris McCord, and Sam Williams.

After six years with the Lions, he was traded to the Los Angeles Rams in 1967. He replaced Rosey Grier as part of the legendary “Fearsome Foursome” on the Rams’ defensive line that featured Deacon Jones, Lamar Lundy, and Merlin Olsen.

He made an instant impact and again became a Pro Bowler with the Rams.

Brown played a decade in the NFL notably with the Detroit Lions and L.A. Rams. At one point he weighed 300 pounds and stood at 6’5”.

He was selected to six Pro Bowls.

Unfortunately, Brown was not named to the NFL Hall of Fame, despite lobbying by fans and opponents.

Bart Starr, the famous quarterback of the Green Bay Packers, was sacked seven times, including once for a safety, in a 1962 regular-season game — a Lions victory dubbed the Thanksgiving Day Massacre, the game which highlighted his talents. Starr also lobbied to have Brown included in the NFL Hall of Fame.

Brown was inducted into the Virginia Sports Hall of Fame in 1997.

Brown was born in Surry County.

He attended high school in Nyack, New York, and was a stellar defensive player at Maryland State (now Maryland Eastern Shore) from1956-59.

In 1960 when Brown was a fourth-round draft choice of Detroit, he was the highest ranked CIAA NFL draftee in history at that point. His starting salary was $8,000.

The NFL did not officially begin counting sacks until 1982; if it had Brown’s achievements in that area would be among the best.

Brown was chosen for the Lions’ all-time 75th-anniversary team in 2008.

“It would mean that I made it,” Brown said in an interview in the Virginian Pilot in 2019. “Right now, I haven’t made it yet. I’ll make that one day. I just hope I’m still vertical when it happens.”