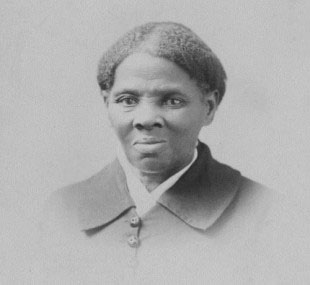 Harriett Tubman, the former slave, one of the main engineers of the Underground Railroad, an abolitionist and supporter of women’s rights will now replace President Andrew Jackson on the front of the $20 bill. Jackson, who owned 150 slaves, will have his image relegated to the back of that bill. Treasury Secretary Jacob Lew announced the government’s intention to place Tubman on the bill after months of efforts by various groups which used traditional and social media to choose between Tubman and among others, First Lady Eleanor Roosevelt.

The idea of placing a woman on a paper dollar bill was activated by President Barack Obama, who received a letter from a 15-year-old girl about the lack of women on U.S. currency.
The social media campaign, “Women on 20s,” began pushing for a woman to replace Jackson and over 6,000,000 people submitted their vote. Tubman’s image would be the first Black to appear on any U.S. currency. However, the signatures of five African-Americans have been on it. Four were Registers of the Treasury and included Blanche K. Bruce, Judson W. Lyons, William T. Vernon and James C. Napier, and one was U.S. Treasurer Azie Taylor Morton.

On April 20, the leaders of the “Women on 20s” movement said they were “ready to claim victory” but only if the bill was issued by 2020 to mark the 100th anniversary of women gaining the right to vote. On the April 22 edition of the NPR SHOW Diane Rehm Show, Isabel Wilkerson, a Pulitzer Prize-winning journalist and author of “The Warmth of Other Suns: The Epic Story of America’s Great Migration,” talked about Tubman and legacy.

“(T)his is such a karmic moment in our country’s history,” she said. “You know, this announcement came a day after the one-year anniversary of the death of Freddie Gray, whose death, as we know, set off protests in Baltimore …. Tamir Rice and Eric Garner and Black Lives Matter. I was recalling that we are not even a year out from the massacre at the Charleston church.” Wilkerson said Tubman was born in enslavement, on the Eastern Shore of Maryland, around 1820 and as a child, had been rented out.

“She was whipped repeatedly and beaten repeatedly,” Wilkerson said. “In fact, at one point, at about five-years-old, she was told to watch over a baby. She was whipped every time the little baby cried. When she sought to escape, she once said that she sort of – she channeled Patrick Henry, you might say, by saying that, I have a choice of doing one of two things.”
Wilkerson said Tubman escaped to Philadelphia and then returned to escort others northward in the wintertime because the nights were longer and safer. She only traveled as far as Maryland, according to Wilkerson, countering ideas that she moved about in the deep southern states.

“She was also known for being very strict on her efforts to get them out,” the author said. “She carried a gun and was not afraid to say to them, ‘now we are on our way out and if we’re going to do this, you must follow my rules,”’ Wilkerson said. “And she would tell them, either you’re gonna stay with me or you’re gonna not endanger the rest of us.”
Wilkerson said Tubman was a scout and a spy for the Union Army during the Civil War and led a raid into South Carolina. She was the first woman to lead an armed assault in the Civil War.

After the war, Tubman, Wilkerson said, was an ardent activist for women’s suffrage and so “she, at every stage of her life, was in the forefront of what we have come to believe as the American ideals of freedom.” “(O)n many levels, she was at the forefront. And recall that she was an illiterate enslaved person,” Wilkerson said. “One of the tactics that she would use on her way to freedom or freeing other people is that even though she couldn’t read, she would know to hold up a newspaper as one of the ways to try to blend in as a presumed free person.”

Wilkerson said that “Tubman represented someone who had absolutely nothing, the very bottom of the hierarchy in our country and for her to rise… to that level. There’s a story about her in which she had been hit by a two-pound weight as a teenager … by a slave owner, hit her with this weight, hit her head. “She ended up having seizures for the rest of her life, epilepsy, essentially,” Wilkerson said. “And at that time, the enslaver, the slave owner, said that she was not worth six pence after that. And now, she will be on the $20 bill. How is that for karma?”