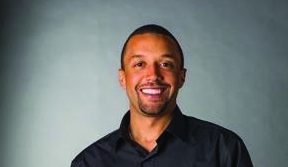 HAMPTON
Sashi Brown, a 1998 graduate of Hampton University, is the new executive vice president of football operations for the Cleveland Browns.

“Sashi, I believe is the right person to do this for the Cleveland Browns,” Browns owner Jimmy Haslam told ESPN on Jan. 3. “He’s been in the NFL for 10 plus years, has been involved in the cap, has been heavily involved in our football administration and operations for the last year or two. He’s very smart, very organized, good at systems and processes and an outstanding team player. He’s also very strategic, so we will use those skills and working for him will be a GM whose primary job will be talent acquisition.”

According to Fox Sports, the Cleveland Browns has fired three general managers, three coaches, and President Joe Banner “in only three years.” Brown joined the Browns in Jan. 2013, not long after Haslam took ownership.
“Over the past few years, Brown’s name is the one that’s drawn praise when people around the league have spoken about Cleveland,” Fox Sports noted on Jan. 4. “In a front office where egos clashed, he was noted as the one who seemed to have the franchise’s best interests in mind.”

“Several veteran agents have told FOX Sports dealings with Brown were much more professional than negotiations under previous regimes,” Fox Sports continued. “He is very capable (of handling his new role), one agent texted.”
Of his new post, Brown said on the team’s website, “Having spent 11 years in the league, working as a football executive, I have a deep respect for the critical role of talent evaluation.”

“My focus in heading up our football operations will be building the best department possible and incorporating extensive resources so that we can maximize our ability to make the best decisions for the Cleveland Browns. We must capitalize on every opportunity to develop our players to the fullest.”