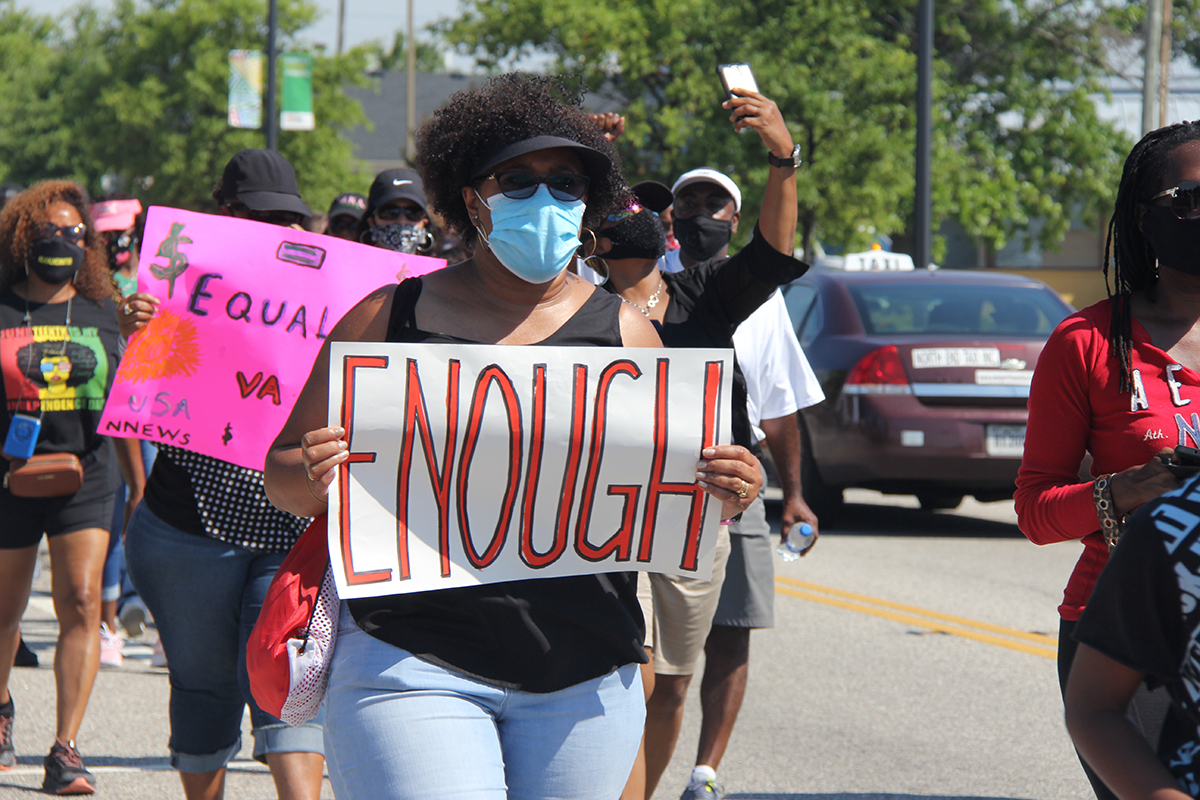 NEWPORT NEWS
In light of the Black Lives Matter Movement, protests and demands for change in our communities and across the world, Shaun Lynch and Walter Jones, cousins and life-long residents of Newport News, Virginia, believed that it was time for everyone to join and work together for that change for a better tomorrow.

On June 27, they organized the “Unity March for Change” from the Brooks Crossing to King-Lincoln Park on Jefferson Avenue in Newport News.

A diverse group of community leaders, pastors, elected officials, members from the Newport News Police Department, vested and concerned citizens along with a drumline, marched for change in areas such as

As the drumline played, young and older citizens marched and chanted various slogans of change. Residents began to take note and come out of their homes to witness the unified march in their neighborhood. As

they gazed at the nearly 200 persons marching the organizers believed that this was only the beginning.

“’We are Change’ represents what we can become by moving from our past but not forgetting it,” says Lynch. Lynch believes that they can fight for change in their communities by promoting policies that move them

forward through the city council, state legislature, and in Congress.

Lynch is not alone in his belief. Jones wants the young people to know that they can become the next doctors, lawyers, investors, and other professionals. To facilitate this reality “We are Change” plans to engage the community in programming and events that go beyond the

Once the march ended at King-Lincoln Park, another group was completing their march and programming. The “757 & 804 Coaches for Change Peaceful Protest Rally and Purposeful Assembly” marched up on Jefferson Avenue to the Martin Luther King Jr. Plaza Park on 25th

The Coaches march was the second march for change that day in the Southeast Community. “Once We are Change” arrived at King-Lincoln Park, Walter Jones and another organizer from “757 & 804 Coaches for Change” came together to announce their unity in the effort for change in the community.

During the entire event “Concerned Citizens for Voter Registration” led by Mr. James and Renee Lovett, were on-site registering people to vote. The organizers also encouraged everyone to be safe by wearing masks and practicing social distancing during the march and event.