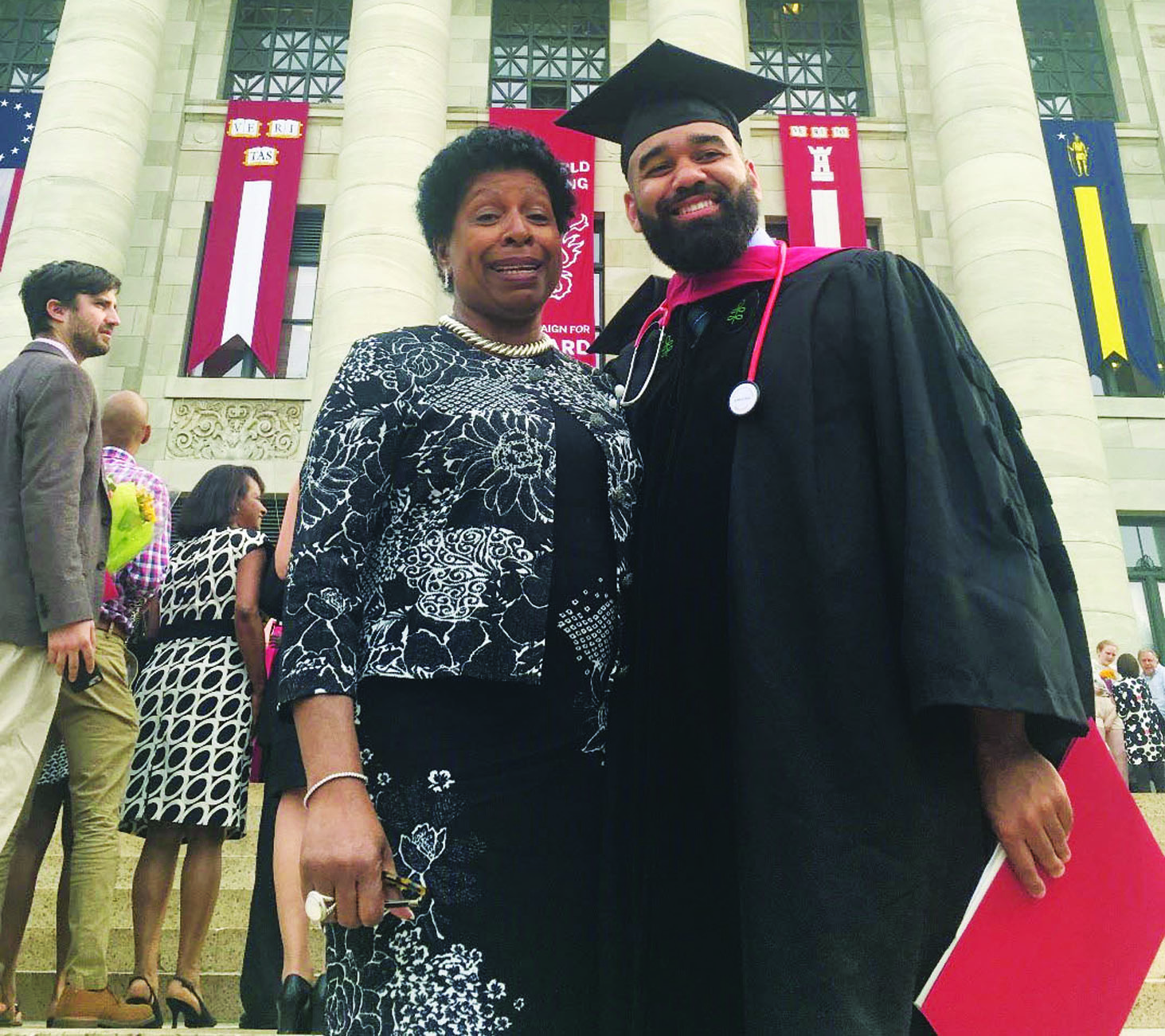 He’s has already achieved one version of the American Dream.

After growing up in poverty in Flint, Mich., DeVon Taylor ’12 graduated from Old Dominion University and from Harvard Medical School in 2016. Taylor now has begun a three-year residency in emergency medicine at the prestigious Duke University Medical Center in Durham, N.C.

And that experience has inspired Taylor to pursue a new version of the American Dream, going beyond personal success: expanding access to health care.

“A large proportion of the patients we see in the emergency rooms have nowhere else to go,” Taylor, 33, said. “It’s something as a country that I feel we haven’t adequately addressed. Hopefully, that will be an area I am able to make a mark in.”

Taylor rarely saw a doctor when he was younger. As a teenager in Flint, he lived in a run-down home in a poor neighborhood. His mother worked multiple jobs to keep the family going.

After barely graduating from high school, Taylor joined the Navy, working in the nuclear power program in Norfolk for more than eight years. When he enrolled at Old Dominion, he had already trained his focus on a medical career.

He graduated in 2012 with a 4.0 grade point average and a degree in public health. Taylor became the first Old Dominion graduate to go directly to Harvard Medical School, and on a full scholarship.

He maintained his ties with the University while at Harvard, mentoring minority undergraduates interested in entering the medical field.

During his time in medical school, Taylor was national speaker of the House of Delegates for the Student National Medical Association, elected by students representing every medical school in the nation, and served as a member of the association’s board.

He also participated in several research projects, studying the rollout of the Pioneer Accountable Care Organizations, a new risk-sharing payment model that emerged from the Patient Protection and Affordable Care Act, better known as Obamacare.

He presented his findings to the Medicare Payment Advisory Commission and the Centers for Medicare and Medicaid Services.

That work fits with Taylor’s belief that access to medical services, particularly for children, is a right that all Americans should enjoy.

“To me, it doesn’t make sense that we have made this choice as a society, in the richest country in the world,” he said.

Taylor would like to practice in a medically underserved community. He’d also like to work on the front lines of health policy to ensure that others receive the level of care that eluded him as a youth.

“There are people who work hard but who still can’t afford the cost of health care,” Taylor said. “Like my mother.”