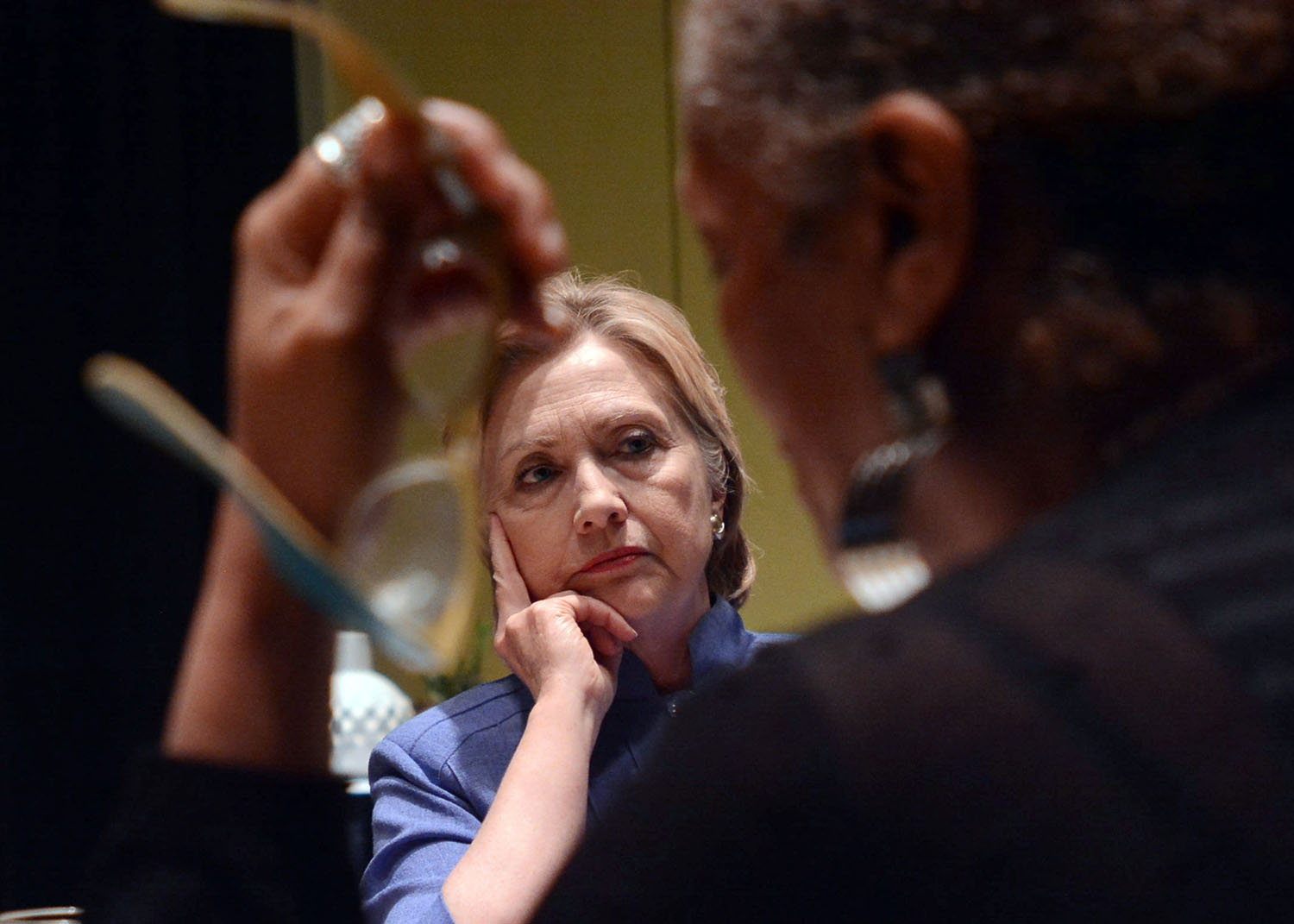 Hillary Clinton came to Chicago on her Midwest campaign jaunt to address the Women’s International Luncheon at the Rainbow PUSH Coalition 45th Annual Convention. Afterward, The Chicago Defender got up close and personal with the presumptive Democratic presidential nominee to get greater insight into her vision for a better America. Backstage at the luncheon, Clinton said that she has a personal commitment to working with the Black press and all local press; however, she has noticed in particular the assumption of some in various parts of the country where she has traveled that it is assumed that the Black press will show up.

“And that’s not always the case, so we want to make sure that we make the effort to reach out, and not only during the campaign, but even in the White House,” Clinton said. “I see the Black press playing an active role in getting our message out directly to its readers, participating in the various activities such as today’s luncheon, and making sure that it has access as well as being included in the advertising buy.” It’s clear that Clinton recognizes the disparities that plague the marginalized.

“We need to make sure that there are some big, bold programs like infrastructure, like clean renewable energy, like advanced manufacturing, that are within the reach of those people who need those jobs and have to be given the chance to compete for them,” she said, noting in the past 10 to 15 years, lot of the jobs in the country are not within reach of those who live in the most distressed urban or rural areas.

So Hillary Clinton says she wants to make jobs available first. Second, education. She is adamant that young children be better prepared to go to school and supported throughout so they will be successful. “But parents and grandparents have to be supported in doing the most important job of raising the next generation of children, and we need to do all that we can to see to it that we do that,” she said. Clinton spoke to her vision to re-create “schools that people believe in, that they are passionate about, and we have that in a lot of places and I know that you don’t have that in Chicago.”

“We need diversionary programs so that we’re not suspending and expelling 5-, 6-, 7- and 8-year-old kids who are acting out,” she said. “We have a terrible disciplinary divide where kids who are either having problems or are just acting like normal kids being suspended if they’re African-American or Latino and white kids doing the same thing aren’t.” She paused and continued, “That starts the whole cradle-to-prison pipeline.”

In her effort to end the cradle-to-prison pipeline, Clinton envisions doing more to intervene in helping the little kids be successful, which would include after school support intervention programs. “We just need a big wraparound, ‘it takes a village to raise a child’-attitude about how we’re going to help our kids,” she said. For the older youth, she recognizes that there is no place for teenagers to direct their energies and how easy it is for them to be misdirected, often leading to gang affiliation or some other form of violence of destructive behavior.

“There are no organized activities,” Clinton said. “There’s nothing that breaks the attraction of a gang, where their thinking is ‘at least I’m on a team’ if they’re in a gang, as opposed to having options to choose from like being on a team (sports, academics, etc.) that may advance their life rather than end their life.” As president, she said she wants “more creativity.”

“I want more people at the table, I want more community input, but I want to figure out how to stop the killing,” Clinton said. I just don’t understand it. I look at New York, Los Angeles and they have dropped their numbers way down. They have poor places. I live in New York so I know firsthand. So what is going on here, what is happening here? It’s police? It’s guns? What it is it?

And what will she do about the overpolicing in Black communities and the high level of violence? Clinton says there are several problems that have to be addressed. “I am interested in making sure that we have policing that is respectful and effective, because what I’ve heard from talking to a lot of people, elected officials, business people [and] activists here is that you don’t have the policing you need and you’re not able to feel protected and respected,” she said. “I feel that is what our goal has to be.

“The policing issue is an essential, necessary step to be resolved, and then we have to figure out what more can we do to keep people safe,” she said Further, Clinton says that she wants to see how to assist minorities and women in starting their own businesses. But women are the fastest creators of business startups, “so I want to see how we can help improve the process, to get faster credit, helping them to get the support they need, to understand to write a business plan, how to deal with the stress of being a business owner.” “I’m very excited about that,” she said. “My dad was a small-business owner. I want to help, women particularly, working women, young people, help everybody get ahead. So I have a whole collection of programs addressing those concerns.”