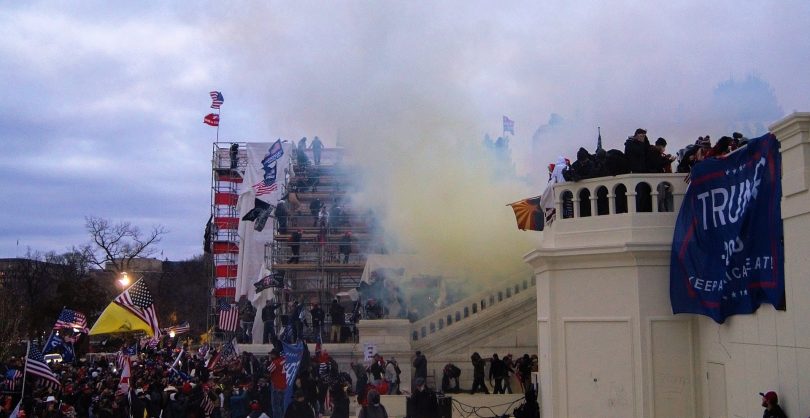 A week after thousands of Trump supporters stormed the U.S. Capitol, ransacked it, and threatened the safety of officials and staff, law enforcement officials have offered no public answers to why and how it unfolded so violently and deadly.

Six people, including two Capitol police officers, died in the mayhem. One officer died after being beaten by the rioters with a fire extinguisher and another later committed suicide. Four rioters died; one shot inside the building by a law enforcement officer; the others from health maladies.

Among the men and women who invaded the Capitol building and have been identified were military veterans; one legislator from West Virginia; people working in various professional areas; and former and current police officers, according to the Washington Post.

Their aim, it has been speculated was to harm, capture or even kill top lawmakers, including the Vice President, the Speaker and other lawmakers.

House and Senate members from Virginia say they were alarmed and appalled at the violence unleashed in the Capitol buildings and are placing the blame on the lap of Trump.

On the day of the insurrection, Virginia’s 2nd District Congresswoman Elaine Luria of Virginia Beach said when the right-wing invasion started, she was sitting at her desk in the Cannon office complex across the street from the U.S. Capitol.

Congress was in joint session, beginning the certification of the 2020 election and preparing for hours of debate from Republicans who promised to challenge the electoral votes.

She said due to the threat of COVID-19 Infections, not all of the lawmakers could be in the House chamber at one time, so she had retreated to her office.

But then at 2 p.m., she began to hear about pipe bombs at the Democratic and Republican national headquarters.

Shortly afterward, she and her staff were told to go to a safe location, but then were allowed to return to the office, briefly, before they were whisked off to an undisclosed and safe space with other lawmakers.

“I was shaken,” said Luria, who was recently sworn into a second term.

“How did our nation get to this point?,” she asked. “But Trump supporters signaled for months they would use violence and several people would be coming to the Capitol to do violence.”

She referred to the President telling the right-wing group the Proud Boys, who had clashed with elements of BLM, to “Stand back and Stand by” during a debate with President then-Democratic candidate Joe

Biden last fall before the election.

During street clashes in various cities, including Washington, D.C., law enforcement officials beat, peppered sprayed and arrested members of the BLM who sought to defend themselves from White antagonist and hostile police.

Luria said she is sure if the people who stormed the Capitol complex on January 6 were Black and Brown and members of Black Lives Matters, the response from the Capitol police would have been more violent.

Luria said the growing bi-partisan call for Trump’s removal indicates that he “should be held accountable”.

“He (Trump) is detrimental to the country and should not be allowed to hold office again.”

Virginia’s 3rd District Congressperson Robert “Bobby’ Scott of Newport News issued a press statement after the insurrection where he stated, “All of the president’s actions have led to the events of this unprecedented and tragic week.”

Scott noted, “President Trump spoke to a dangerous mob and essentially incited a riot at the Capitol as Congress fulfilled its constitutional duty to count the electoral votes of the states.”

Although Trump’s term is nearing an end, Scott said “it is clear there are significant risks to our nation if President Trump remains in office.”

He supports the use of the 25th Amendment and the House impeachment proceedings which he hopes will lead to Trump’s ouster.

Congressperson Donald McEachin, who represents the 4th District that includes Chesapeake, forwarded a letter to Vice President Pence on the day the Capitol was stormed, urging him to carry forth action to remove Trump.

“Today’s violent riot at the U.S. Capitol was a mob of sedition and insurrection, prompted, encouraged and incited by President Trump,” McEachin said, calling for Pence to use the 25th Amendment and serve out the remainder of Trump’s term.

“Trump’s behavior…and his behavior since the legal, legitimate, and fair election of November 3, 2020, clearly has demonstrated that he either cannot or will not lead this country or govern this great nation.”

directly responsible for the unprecedented and violent actions which occurred in the United States Capitol Complex on Wednesday, January 6, 2021. Accordingly, Mr. Trump is unfit to continue to carry out the

duties of the office of the President of the United States and must be removed immediately.

“I urge you to work with members of the President’s cabinet to invoke the 25th Amendment and remove the President from office.

“The actions which took place on January 6…

are a direct result of President Trump’s incendiary rhetoric.”

Since January 6, federal investigators have detected an upsurge in postings on websites of hate groups calling for more violence.

There is an indication that right-wing groups will be staging more rallies and even may be planning to disrupt the inauguration of President-elect Biden and Vice President elect Kamala Harris on January 20.