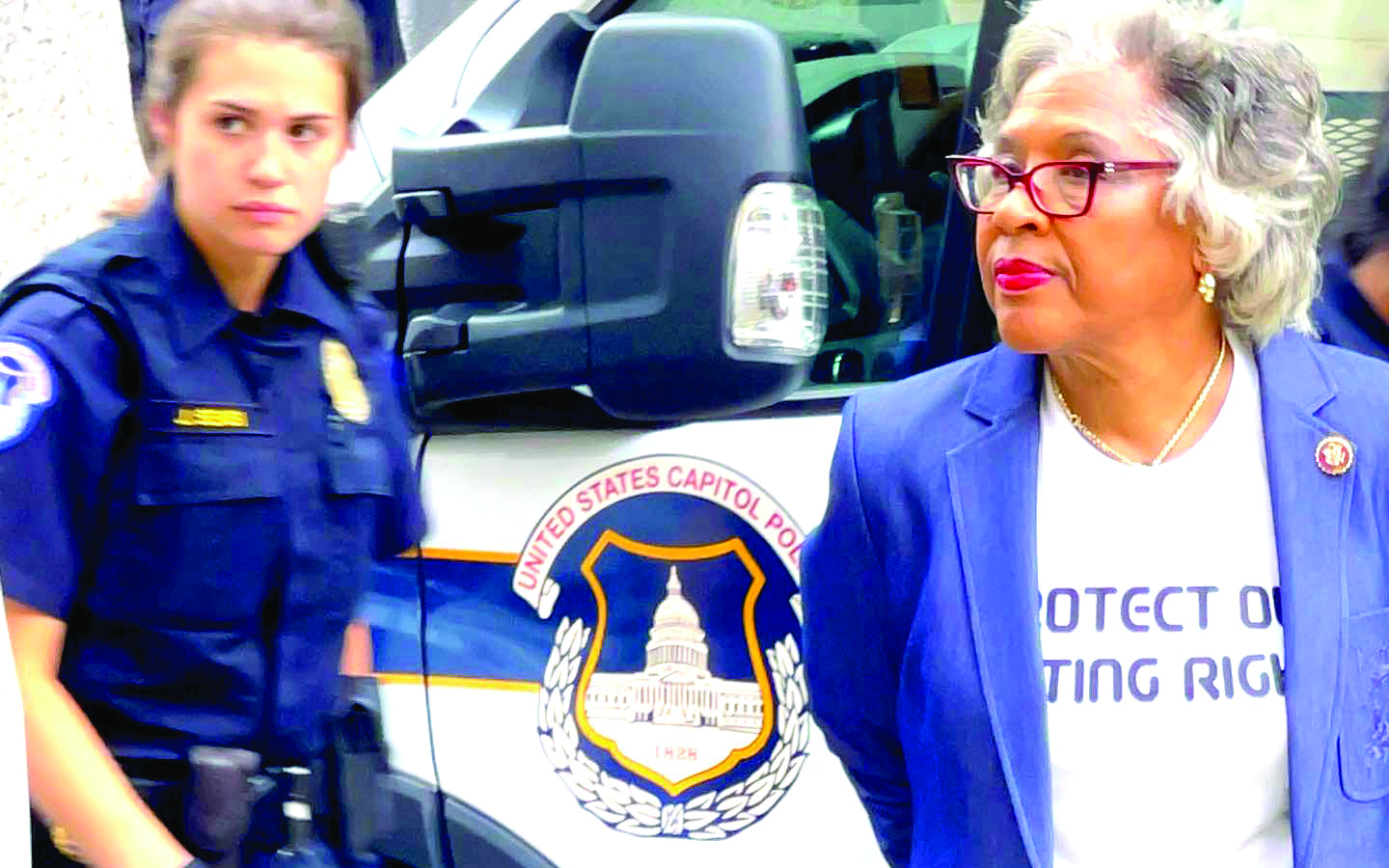 Ohio 3rd District U.S. Congresswoman Rep. Joyce Beatty, Chair of the Congressional Black Caucus Chair, was arrested on July 15 while peacefully protesting in calling for the passage of HR1, the John Lewis Voting Rights Act and reform of the filibuster.

While the U.S. House of Representatives has passed the legislation, U.S. Senate Republicans have imposed a filibuster to block its passage. Recently Democratic lawmakers from Texas, who fled the state to D.C. to deter the passage of regressive voting laws in that state, met with Democrats to urge them to pass the legislation.

A total of 10 Black women were arrested by Capitol Police for holding their demonstration in the Senate Hart Building, including Beatty, a Democrat.

Beatty, Melanie Campbell of the Black Women’s Roundtable and many other Black women convened on Capitol Hill hoping to urge U.S. senators to move from inaction on the issue of voting rights protections, an issue many deem as foundational to protecting U.S. democracy.