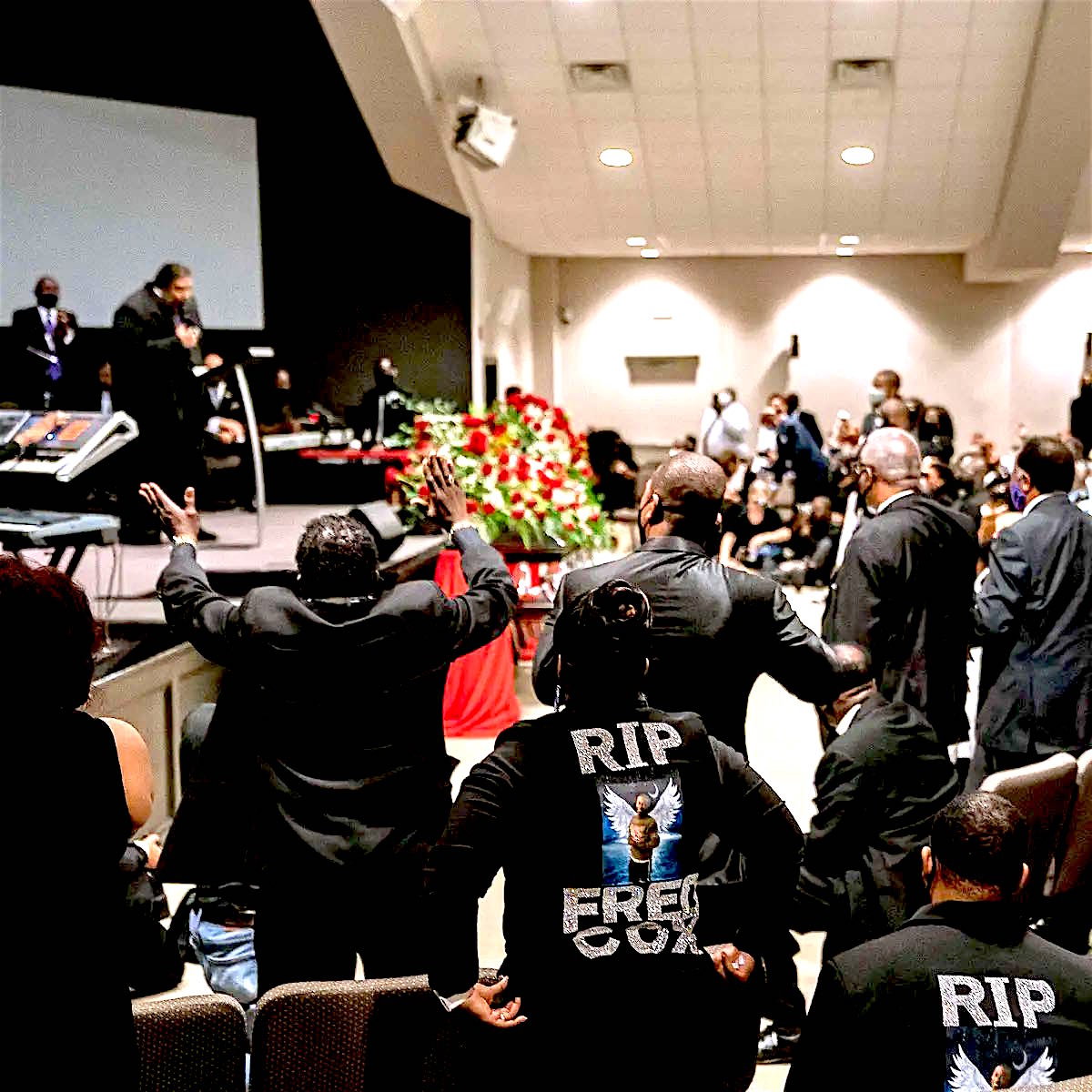 Thirteen days after he was shot to death by sheriff’s deputies, seeking to arrest him, over 500 friends and family attended the May 3 funeral of Andrew Brown Jr., in Elizabeth City, N.C.

Sharpton said the nation should not confuse the observance of his death with the determination to get justice in this “disgraceful and shameful” matter.

“Too often we come to funerals of people that are unjustly brought to death and act like this is a natural occurrence,” Sharpton said. “We are going to celebrate him, but we are not going to excuse the fact that we shouldn’t have to be here to do this.”

It was the second time in two weeks that Sharpton had delivered the eulogy of an unarmed Black man killed during an encounter with police.

On April 22, Daunte Wright a 20-year-old Black father was fatally shot during a traffic stop in Brooklyn Center, Minneapolis, just two days after the police officer who killed George Floyd last May was convicted of murder in a Minneapolis courtroom.

Sharpton said that before arriving at the funeral he heard someone on talk radio say, “I hope Al Sharpton doesn’t come here and start something.”

“Andrew Brown Jr., if he did wrong, bring him to court,” Sharpton said, “but you don’t have the right to bring him to his funeral.”

He noted the challenge of these times is “how we’re going to deal with policing in America,” Sharpton said mentioning the names of other Black men and women killed by police this year.

He asked how it is legal to shoot a man in the back and call it self-defense. And he called for the release of police body-camera footage of the incident and for those involved to be held accountable.

Bishop William Barber gave the eulogy on April 2 in Virginia Beach, at the funeral of Donovon Wayne Lynch, 25, who was shot and killed by a Virginia Beach officer police on March 26.

Barber, a civil rights activist and advocate for Black farmers, reminded the Brown family that the slain man had lived up to the meaning of his name, which Barber said was “courage.”

“Your daddy was a man,” he told Khalil and Jha’rod Ferebee and Brown’s other children. “Let that comfort you.”

Barber said support for the Brown family has and will come from around the country, from places and people the Browns don’t even yet know. He said Brown’s death has brought people together and is inspiring activism in those who haven’t before stood up.

“What somebody meant for evil, God is going to use it for good,” Barber said. “His body is dead but his spirit is rising.”

“We feel the pain this family is feeling,” she said in an article by the Charlotte Observer. “It’s not different. We’re tired. We’re very tired. The policeman is supposed to protect and serve. … If that means we have to get up each morning and put on the boots to fight, that’s what’s going to happen.”

Andrew Brown, 42, was shot and killed by officers of the Pasquotank County Sheriff’s Office on April 21 as they attempted to serve a warrant on drug charges.

An independent autopsy commissioned by the family showed Brown was shot five times, with a fatal bullet wound to the back of his head, attorneys said.